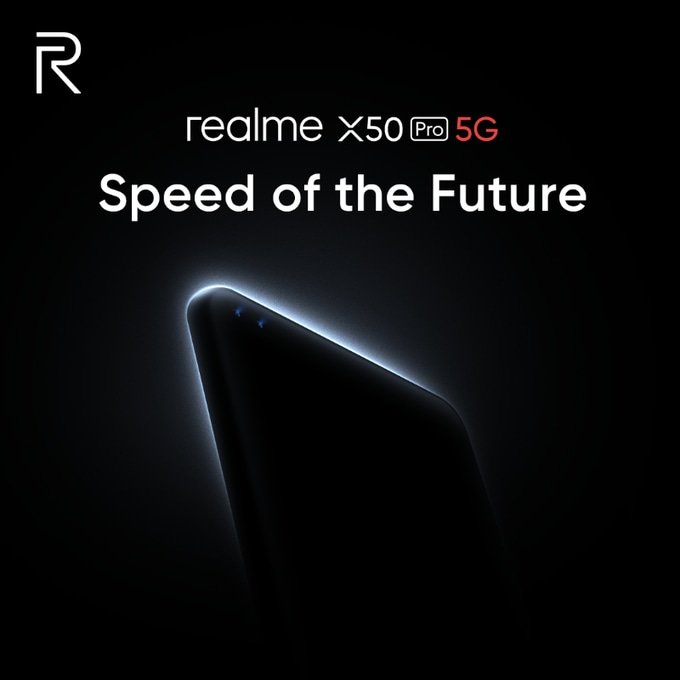 Due to the major outbreak of Corona virus spreading in China, the Mobile World Congress event which held in February every year has been cancelled. After the cancellation of the event, all OEMs companies and brands have to postpone their products, which were to be launched in MWC 2020. Realme was going to participate in this MWC for the first time and on February 24, and it was about to launch its new 5G phone. But despite the fact that event being cancelled yet ​​Realme will launch its 5G smartphone on this date. The Chinese company officially confirmed that it will organize the event in Madrid to launch the Realme X50 Pro smartphone.

The company announced on Twitter that the Realme will host an event in Madrid on 24th February, and the company will launch its new 5G smartphone. The official name for the device would be Realme X50 Pro 5G. By the series of tweets, the company has shared many important features and specifications of the smartphone with the photos. The company revealed that Realme X50 Pro will be the high-end flagship device with 5G support.

The photos shared by the company on twitter shows that the Realme X50 Pro smartphone has been launched with a dual punch-hole display design. This punch hole will present on the top left side of the screen. As shown in pictures, the phone will be round from all four corner. It is expected that this phone will be launched on fullview bezel less display. The device will have a UD fingerprint sensor in the phone. In the photo of Realme X50 Pro, we can see an USB Type-C port, a speaker grill and the SIM slot on the bottom part of the phone.

The company has officially already told us that this device will be launched on Qualcomm’s most powerful chipset Snapdragon 865. Significantly, this phone is equipped with a 5G modem that will support Dual Mode 5G. Realme X50 will be running on Android’s latest OS Android 10.

Realme X50 Pro smartphone will use the 65W SuperDart charging technology to charge the phone. With the use of this technology, not only the device charging became fast but also there will be no heating issue in the phone while charging or playing heavy games. The device can be charge through USB type-C port. The more cool thing is that it will also support Wireless charging feature in the phone.

Realme officially announced that the Realme X50 Pro 5G will have a 90 Hz refresh rate Super AMOLED display. According to the leak, the Realme X50 Pro smartphone will launch on 12 GB RAM memory. It will support 256 GB of internal storage. For photography, this phone will feature a quad rear camera setup. It includes a 64 megapixel primary sensor, ultra wide-angle lens, a telephoto lens and depth sensor.