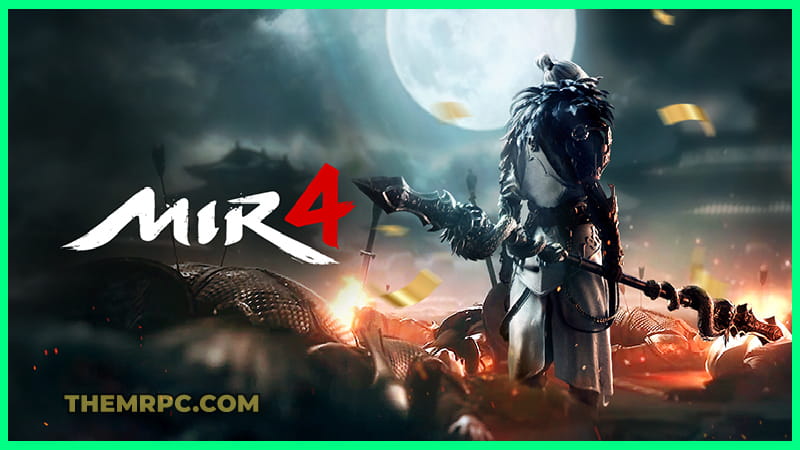 MIR4 is a breath of fresh air in the MMORPG genre, giving you total control over your character’s appearance, skills and even clan status. With over thousands players battling it out in our large-scale PVP battles, you’re sure to find other warriors willing to join your cause! All as a free-to-play game…and you don’t even need to pay to do that. That is why, in order to make the game a better experience for all players, Today, on January 25, WeMade games has released yet another new update for MIR4, an amazing MMOFPS from the South Korean developers.

Earlier today, the WeMade team released the MIR4 January 25 Update. Below you can find a full list of the updates. As part of this update, you’ll find two new kinds of equipment, as well as a new conquest. Additionally, a new summoning item is available, known as Forsaken Badges.

In the following table, you will find all the relevant information regarding the MIR4 patch notes for the January 25 update. Currently, we don’t know what size the update is, but you should be able to download it directly from Steam as soon as it’s released. It is still necessary to have a little maintenance time for various regions, which will be listed below.

MIR4’s official patch notes for its January 25th update, which is now available on all platforms. Check it out below.

2. New Conquest ‘Sanctuary of HYDRA’ will be added.

3. New area ‘Sanctuary of HYDRA’ will be added.

4. New ‘Sanctuary of HYDRA’ NPC Shops will be added.

1. A brand new HYDRA refining system, ‘Refinery’ will be added.

– Secondary Weapon (Class-specific) and Accessories (General) will be added.

– Secondary Weapon can be crafted in the Craft tab using a special crafting material known as ‘Dragon Claw’.

– Accessories can be crafted in the Craft tab using a special crafting material known as ‘Dragon Eye’.

– Equipment Craft menu will be adjusted to include additional equipment types

– Forsaken Badge tab will be added to the ‘Other Combination’ menu

● New conquest ‘Sanctuary of HYDRA’ will be added.

– Septaria, key materials required to refine HYDRA, will be obtainable by unlocking and upgrading ‘Sanctuary of HYDRA’ conquest.

– The number of Septaria obtained through ‘Sanctuary of HYDRA’ will increase based on the achieved stage level of the conquest.

– Septaria can only be claimed once per day through the ‘Sanctuary of HYDRA’ and the daily Septaria reward will reset each day at 00:00 (UTC+8).

– Septaria must be claimed each day manually as unclaimed Septaria will no longer be available upon daily reset.

– A new item ‘Forsaken Badge’ can be crafted and used to summon a new boss monster.

– ‘Forsaken’s Shard’ can be obtained through drops by defeating monsters.

● New area ‘Sanctuary of HYDRA’ will be added where special monsters can be summoned.

※ You can summon monsters by using Summon Badge.

● New ‘Sanctuary of HYDRA’ NPC Shop will be added to Arcadia Spirit Village.

● CAPTCHA verification system will be implemented.

– Players must first be verified through CAPTCHA prior to logging into the game.

– If verification has failed 3 consecutive times, players must wait 30 minutes before retrying.

1. Menu changes in accordance with the addition of HYDRA Refinery.

2. The NFT menu and access interface has been changed.

4. Fixed an issue with the direction of character ‘Evade’ being inconsistent with player control during battle.

5. Description of the Bloodshade Nefariox Horn mystery has been changed.

6. Descriptions of the Wrapped Rare/Epic Darksteel Box have been changed.

7. Number of Identification Scrolls obtained from different grades of Sealed Boxes have changed.

8. The chance of Sealed Boxes being upgraded to a higher-grade Sealed Box upon unsealing has been adjusted.

● HYDRA is a refined version of DRACO that can be produced by combining DRACOs and Septaria through the new ‘Refinery’ menu available with the scheduled maintenance update.

– HYDRA ‘Refinery’ system will become available in MIR4 under the [XDRACO] menu.

– HYDRA is refined using 20 DRACOs as the base material, along with the specified amount of DRACOs and Septaria required as the ‘Refining Fee’.

– There is no limit on the number of HYDRA that can be refined.

– Refined HYDRA CANNOT be converted back into DRACOs.

– Results for successfully refined HYDRA will be sent to the in-game mailbox.

※ You can check out further details of HYDRA in [Seoul Spooning 2022 Webpage].