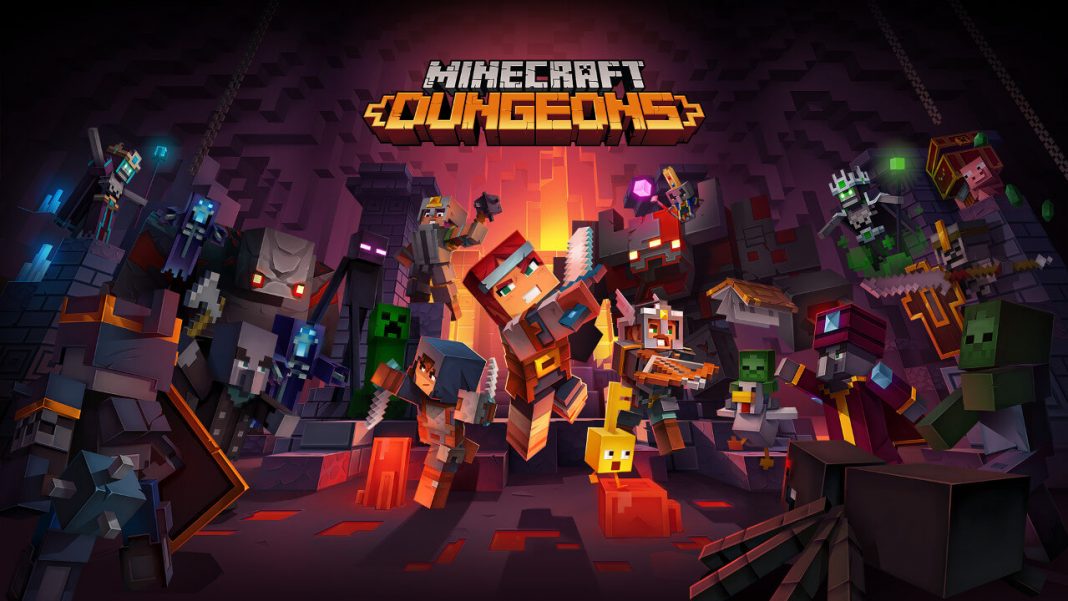 Mojang Studios rolling out a new update: 1.8.0.0 for Minecraft Dungeons on February 24. The latest patch 1.8.0.0 Flames of the Nether changelog adds new endgame content, enchantments, balance changes, and much more to the game.

Minecraft Dungeons Update 1.8.0.0 is now available to download, and its size may vary depending on the platforms. On PS4, Players have to download 634MB size of file.

Below you can find full patch notes for Minecraft Dungeons Update 1.8.0.0. Check it out.

Ancient Hunts are procedurally-generated end-game missions that weave in and out of the Nether. To access an Ancient Hunt, you’ll need to sacrifice some of your items. The combination of items changes which rare Ancient mobs you may encounter. Investing enchantment points further increases your chances to encounter ancient mobs. Defeating these mobs gives you brand-new Gilded gear, which is more powerful than anything you’ve yet encountered!

Gilded gear drops are part of the free update as ultra-rare items with an extra Enchantment slot built-in, making them some of the most powerful items in the game. To get these end-game level items, you’ll have to face the Ancient Hunts and travel to the dangerous Nether.

Gold Currency and Piglin Merchant
Once you get your first bit of gold from Ancient Hunts, the Piglin merchant will set up shop in the mysterious cave that’s popped up near camp. Trade the gold for items and possibly even rare Gilded gear!

Please note that gold must be earned in-game and cannot be purchased!

Flames of the Nether DLC: