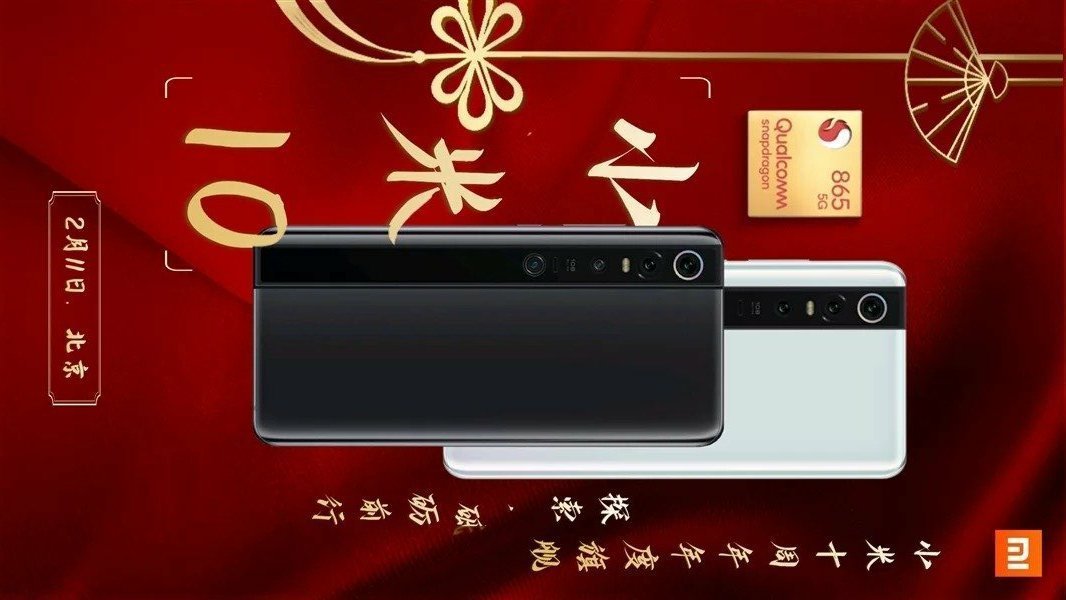 From a few weeks, rumors have been circulating that Xiaomi Mi 10 could be launch in next month in February. It is reported that the device will be launched with its higher version Mi 10 Pro. Now, as per the new poster leaked, it seems that Xiaomi would be willing to beat Samsung on time, which will announce the Galaxy S20 series next February 11th. According to the new teaser poster of the device whose reliability is difficult to express itself, Xiaomi Mi 10 and Mi 10 Pro will also be introduced on that day. 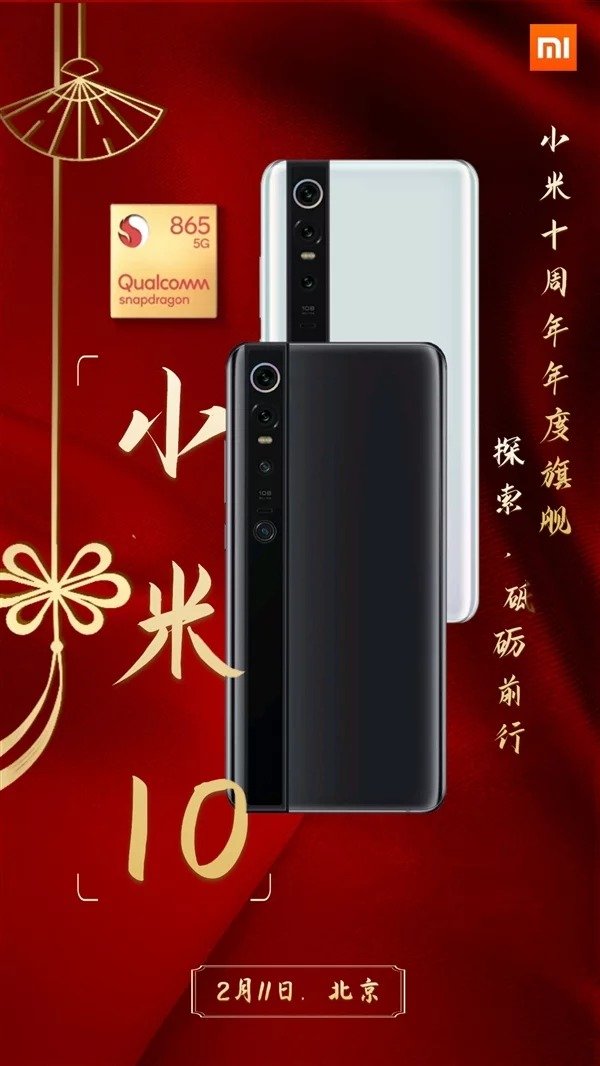 Apart from revealing the presentation date of these two flagship smartphones, the teaser also shows what the appearance of the back of the smartphone should be. Back panel design of these smartphones are very reminiscent of that of the Xiaomi Mi MIX concept phone Alpha .

Looking at the camera department of the Pro version, it would feature four rear camera sensors. There will be a 108 megapixel sensor joined by three other sensors – a 20-megapixel ultrawide lens + a 12-megapixel telephoto lens + a 5-megapixel depth sensor. There will be a LED flash module also. These camera specs seems to produce a very high quality photos.

For the rest, the image does not reveal any of the alleged characteristics of Xiaomi Mi 10. Only performance specs are know that Qualcomm Snapdragon 865 Mobile Platform. We just have to wait a few more days and find out if this is really the appearance of the new Xiaomi flagship if the presentation date will really be the same as the Galaxy S20 series.