Oppo A31 with the model number CPH2015 gets Bluetooth SIG certification

In the past, we had seen that an Oppo phone with the model number CPH2015 has been listed on websites like NBTC, TKDN and IMDA. As per the report, device name would be Oppo A31. Now, the same smartphone has appeared on Bluetooth Certifications site as well. Oppo A31 listed on the Bluetooth website with same CPH2015 model number.

According to the new certification, Oppo A31 will feature with a 6.517-inch display, whose resolution will be HD+. This phone will run on a MediaTek SoC with an octa-core processor clocked at 2.0 GHz. It is expected that this processor in the OPPO A31 phone will be MediaTek Helio P60. 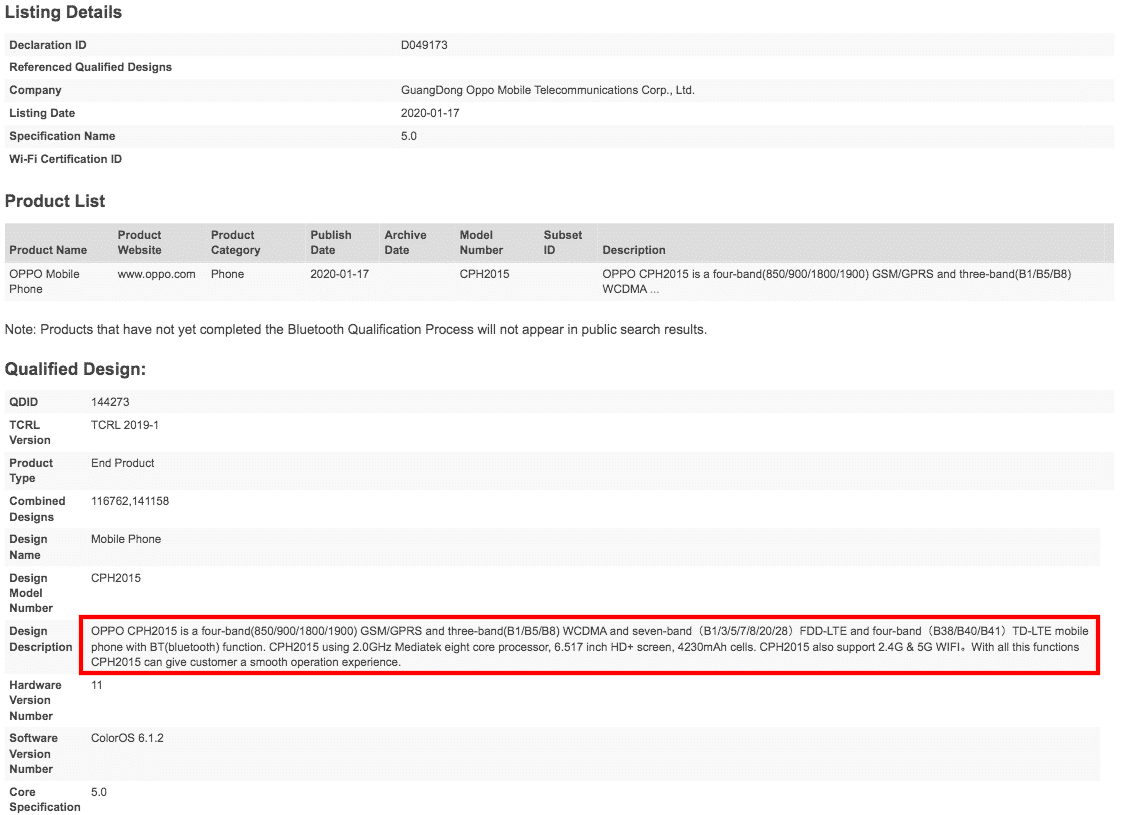 Bluetooth certification reveals, OPPO A31 will come with Android 9 Pie out of the box which will work with ColorOS 6.1.2. As per info, OPPO A31 will have a large battery of 4,230 mAh for power backup. Some media reports say that this device will support 10W fast charging and the company will provide a 10W charger in the retail box of the phone. Simultaneously, the site has guaranteed OPPO A31 with Bluetooth 5.0 Low Energy and double band Wi-Fi.