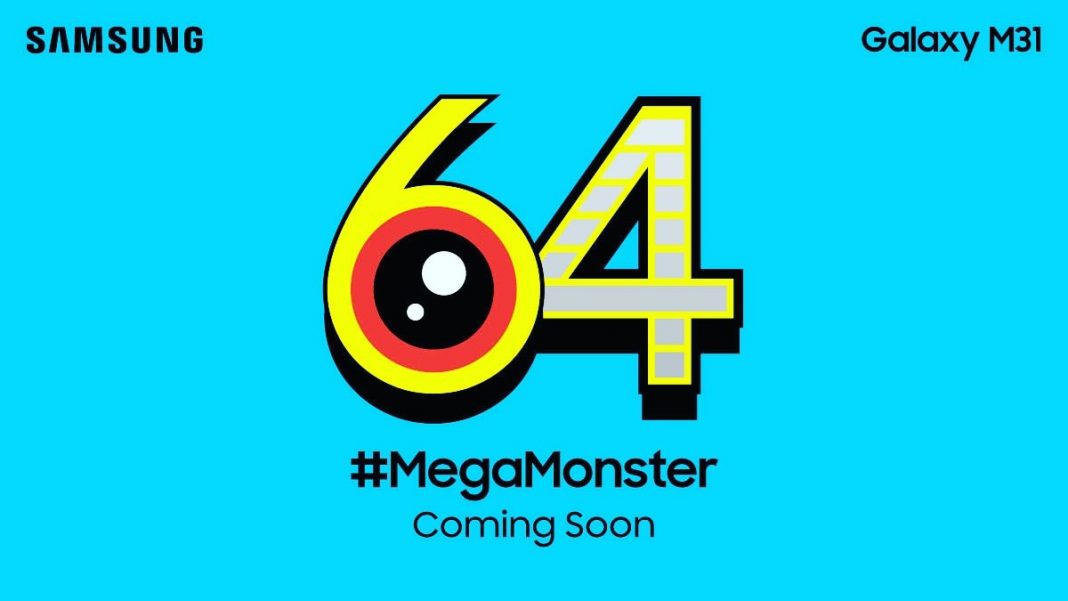 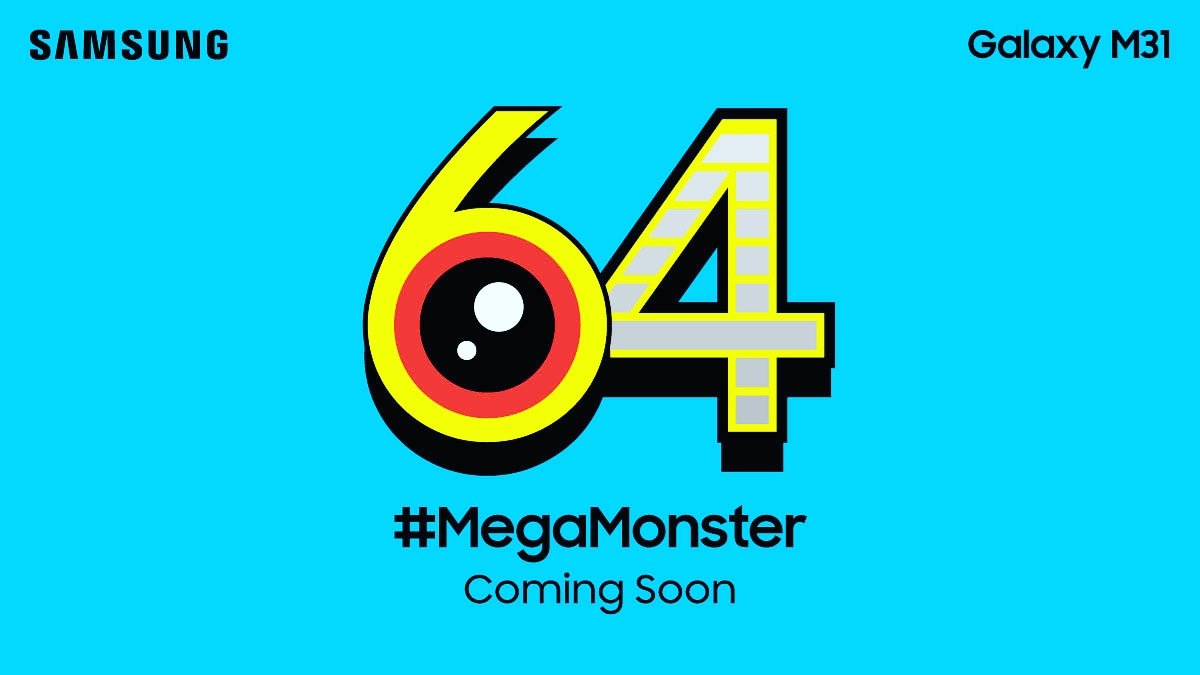 In the teaser images, you will find “Galaxy M31” written on te right side of the top and a large 64 is printed in the photo. Looking at this poster, it is being speculated that Samsung Galaxy M31 smartphone will be launched with 64 megapixel camera sensor. To recall, the Samsung Galaxy M31 will use a quad rear camera module which will be in ‘L-shape’. 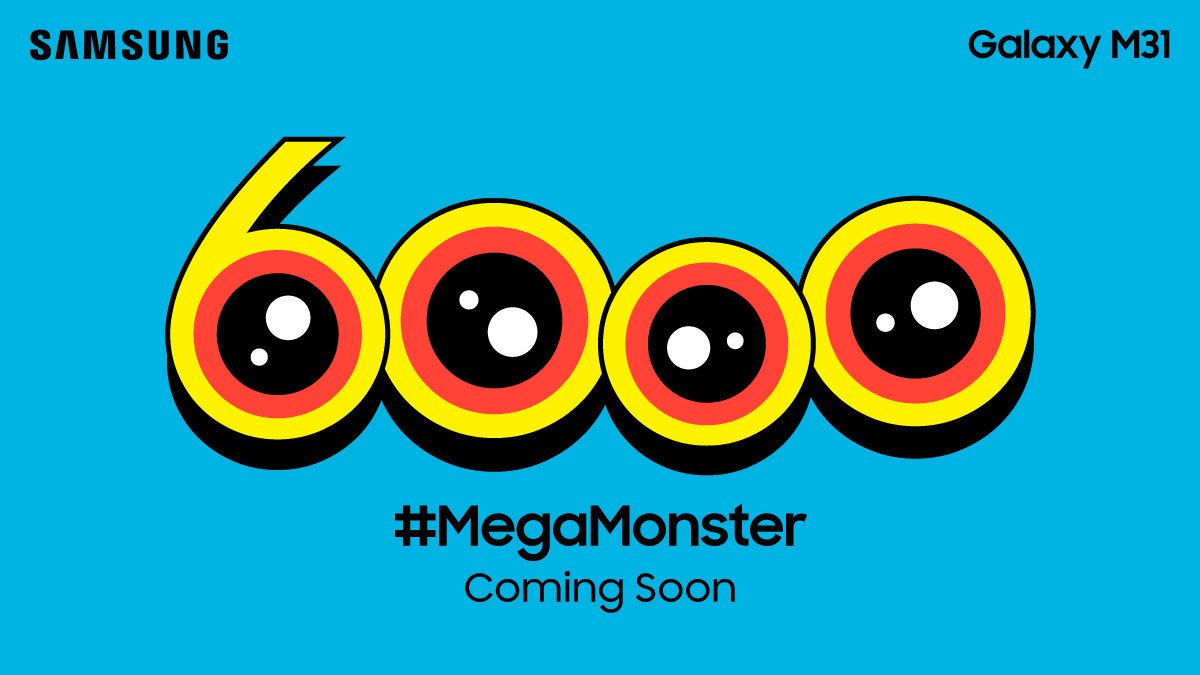 However, this is not the only poster that has been leaked online, there are few more. Another leaked poster revealed that the device will offer a big battery as well (just like its previous series). This poster shows “6000” with the hashtag “#MegaMonster“. Looking at this hashtag, it is expected that this smartphone will have a bigger battery option like the Samsung Galaxy M30s launched by the company last year. To recall, the Galaxy M30s was launched with a 6,000 mAh battery. At the same time, this poster of Samsung Galaxy M31 has also been written “Coming Soon”, which is calling for the phone to be launched soon.

Talking about Samsung Galaxy M31, this phone will be an upgraded version of Galaxy M30 and Galaxy M30s. According to some leaked reports, this smartphone will be powered by Snapdragon 665 SoC, joined by 6 GB of RAM and Android 10 out of the box. For the photography, apart from 64 megapixel sensor, a 48MP lens will used as primary sensor. In addition, the Galaxy M31 can see a 12-megapixel wide-angle lens and a 5-megapixel depth sensor.

The smartphone has been listed on Geekbench with the SM-M315F model number where the phone came with an 1.74 GHz clock speed octa-core processor. On the Wi-Fi Alliance, this phone came with the SM-31S5 / DS model number. The specifications of the phone have not been revealed in the certification, but it is definitely known that Samsung Galaxy M31 will be launched on Android 10, the latest OS of Android. In the listing, the phone is said to be equipped with 2.4GHz and 5GHz Wi-Fi frequency bands.

However, the official announcement of the company is being awaited for how long Samsung Galaxy M31 will step into the market.

Also Read: Oppo is going to expand its budget segment portfolio, Oppo A8 and Oppo F15s are coming soon