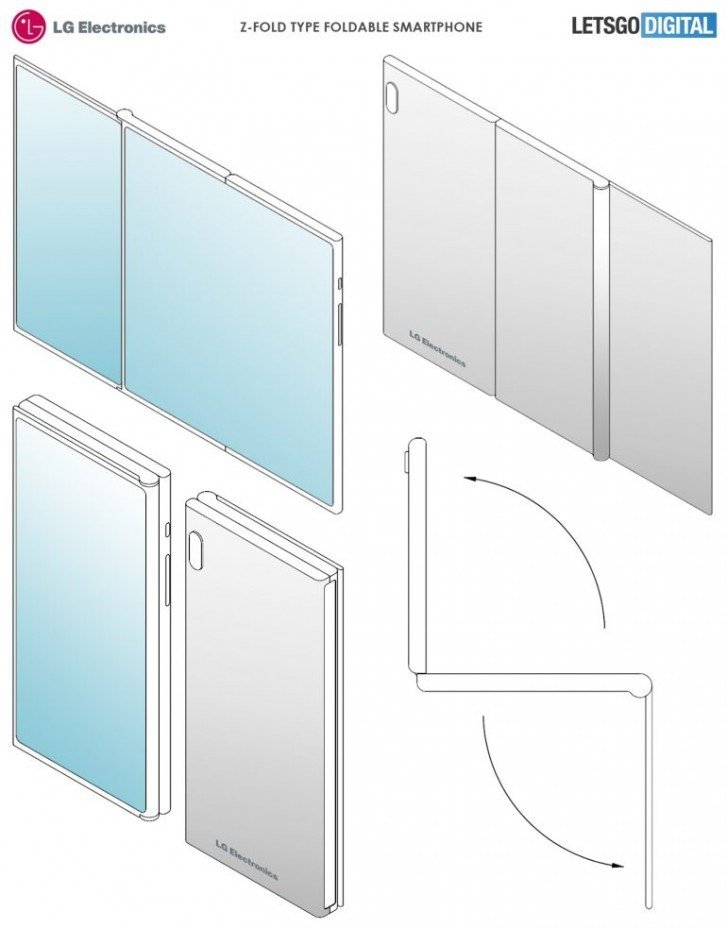 We have seen the foldable display smartphone from companies like Samsung, Huawei. And in the month of September, Samsung and Huawei could launch its upcoming foldable devices. Now, It seems that LG is also planning can make join the game. The new LG patents might help with this. This might sound a bit surprising, that the Korean giant still doesn’t have any concrete foldable smartphone offer, but it is a fact that as early as 2014 and even 2013 LG was spearheading the foldable revolution. At that time, the folding mobile phones from the Korean Tech giant became very popular. And since then, the company holds a few foldable and rollable design patents.

And in addition to this, It is also an alleged one that flexible OLED displays from the LG to be incorporated in Apple’s 2020 iPhones. It is also being said that the latest LG smartphone design to the surface, incorporating a foldable display appears still firmly anchored in the realm of future possibilities. At the upcoming IFA 2019 event, we could see the dual-display design smartphone. It is not a foldable phone but a device that has two separate display. Foldable LG phone is still probably some way away. As per WIPO (World Intellectual Property Office) database, The patent contains a large number of picture sketches. The pictured device combines a foldable display, bending inward with a separate second display, also mounted on a hinge in a rather clever way. The two outer segments appear to fold in on the middle one, positioning the separate display on the front of the folded-in device. In this state, all the typical features of a smartphone are just where one would expect – the main camera on the back, power button and volume rockers (presumably) on the side and speakers on the bottom. It also seems to be that there is no USB Type-C port, no selfie camera, and no visible fingerprint reader. It might be possible that it offers a wireless-only charging scheme and in-display fingerprint sensor with camera under-display feature.