Lenovo Z6 Pro, K10 Note and A6 Note Will Launch In India On September 5th 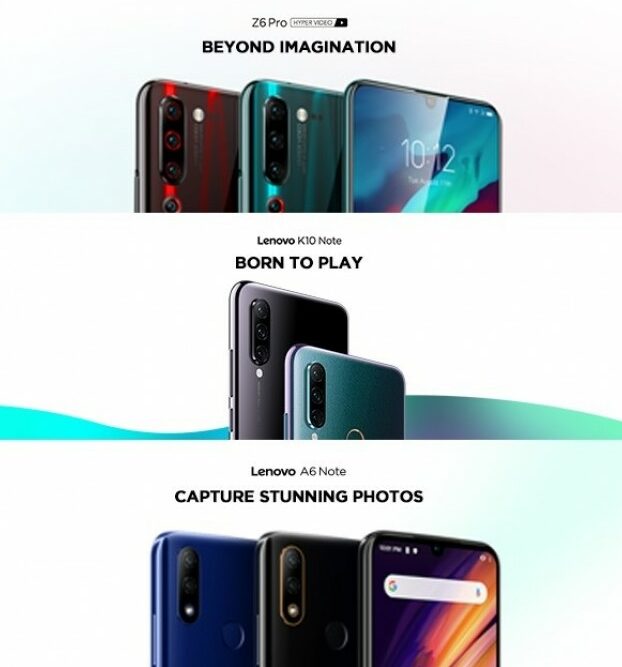 Lenovo will launch three new smartphones on September 5th in India. The Company has been already sent out invites to the media for an event where companies flagship smartphone Lenovo Z6 Pro will be introduced. Along with Z6 Pro, Lenovo Coming with to other smartphones including K10 Note and A6 Note.  However, Lenovo Z6 Pro was launched in China already before the debut in the Indian market. Lenovo K10 Note will be a gaming-centric device as it has the tagline “Born to play”. Also,  the K10 Note will come with a triple camera setup at the back with a fingerprint scanner. On the other hand, the Lenovo A6 Note has a tagline that reads ‘Capture Stunning Photos’. This indicates that the phone could be a photo-centric device. A6 Note will feature dual rear cameras with accents around the camera ring, rear fingerprint sensor, and water-drop notch display.