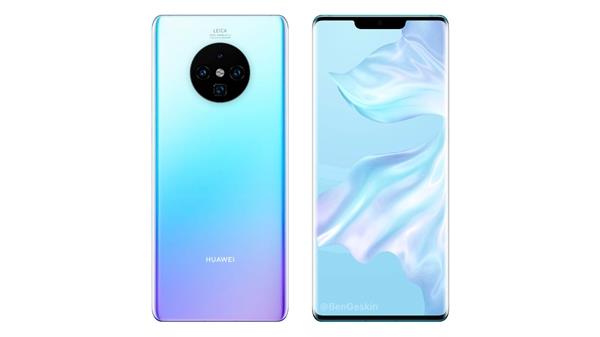 There are tons of leaks, rumors, and speculation floating on the Internet about the new Huawei Mate 30 series. As the launch date of the device coming closer, the more leaks appearing online. Yesterday we have seen the retail box of Huawei Mate 30 which reveals some key specs of the phone and the full specs sheet of Huawei Mate 30 Pro also leaked.

Today we got another information that belongs to Huawei Mate 30 Pro smartphone. As we know the upcoming Huawei Mate 30 series might possible to arrive without the Google services or applications. Today,  the popular tipster Ice universe @UniverseIce on Twitter shared a picture of a Huawei Mate 30 Pro. The device is running on the Stock version of  Android (AOSP ROM). We can see a widget on the display of the device.

Mate 30 Pro was photographed in the street.
From Weibo pic.twitter.com/YyAhWCvdhi

What is AOSP ROM?

If you are not familiar with AOSP ROM, let us elaborate it first. AOSP (Android Open Source Project) is an open-source version of Android free from Google services and can be used by all companies without a license. Any manufacturer or user can use this version of OS to develop Android apps.

Every Android user must have a dream to run the Android on its purest form. Now, Huawei going to be the company to implement it EMUI 10 on AOSP. This is how the Chinese company can trick.

Recently, the CEO of the company revealed that HarmonyOS is not ready to use smartphones. So, it might be the only option for the company.

Huawei Mate 30 series will launch on 19th September at an event in Munich, Germany. So stay tuned with us for upcoming information of the device.