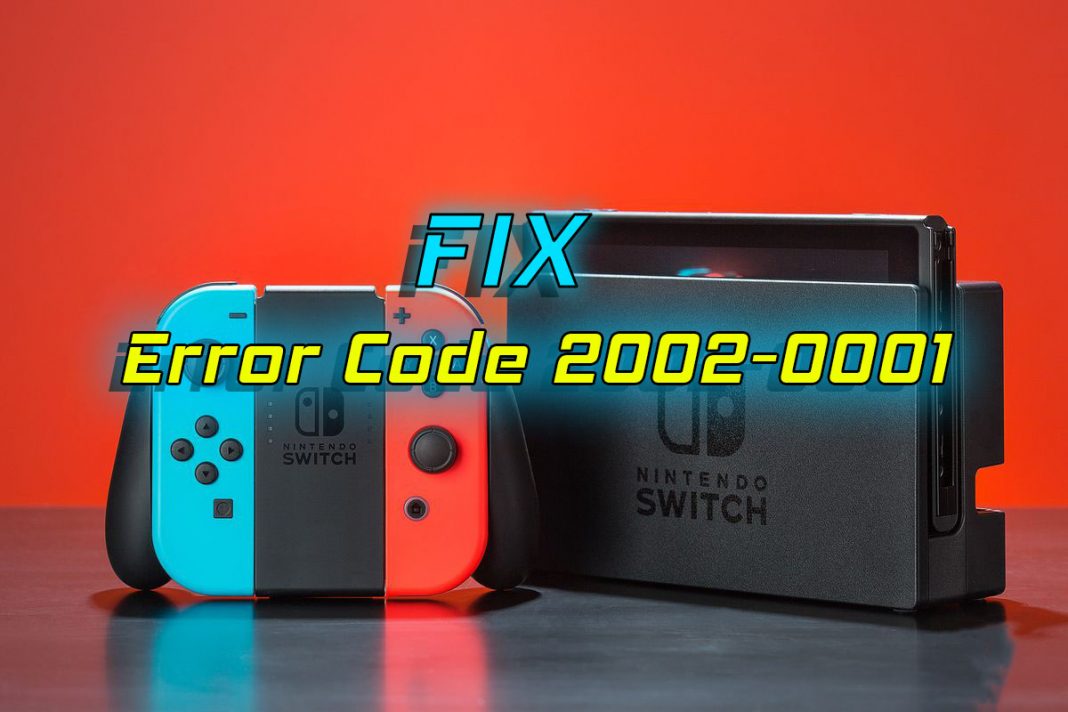 There are many errors which Nintendo switch players experiences. Most of the errors resolve easily, while there are a few errors which are difficult to resolve because of their undefined nature. As a company, always strives to make its customer service the best it can be. However, there are few potential bugs that have surfaced recently which are not so friendly for the user of the app. There are several such errors, including error 2002- 0001. In the following section, we discuss the cause and possible fixes.

There have been varying times when user have encountered this error. Some have reported experiencing an error immediately after the console has started. But some reports also show that are some people are getting this error at a later time. No matter what the time, there are three possible underlying causes-

Before you spend time testing out any of the solution, you should first try these two things given below.

Reboot your console- A reboot of your switch could be the first step towards fixing the issue. Restarting your console will refresh cache data and remove some bugs. You can do this by holding the power button for 3 second and power menu will appear. From the power menu, select “Restart”. During and unresponsive console, press and hold the power button for 12 seconds to force the shutdown. Let’s power it up after a couple of seconds.

In the case of a Nintendo Switch, the error code 2002 — 0001 can occur when you turn the console on from sleep mode after the console has been shut off completely. This indicates that the microSD card has been inserted improperly. It has become faulty or there may be some other issue.

Error 2002-0001 can popup while playing on the Nintendo Switch. What can be done then to correct the issue? Below is the troubleshooting guide that will let you help to resolve the issue.

There is a possibility that any of the software on your switch could be corrupt. To verify the corrupted data on switch console, go to the “System settings” and then “Data management“. Go to “Manage software” and select check for “Corrupt data”. After getting the detail of corrupted data you have to delete it and re-download the same software that cause the problem.

If rebooting or updating the firmware does not fix the problem, you are still seeing the 2002 — 0001 error code, then the second possible reason could be with the microSD card which is inserted in the switch. Verify whether the SD card is at fault power down the switch. Now remove the SD card and switch on the console. If the problem is no more, then the MicroSD card causing the problem. You have to format the microSD card if you are still getting the error 2002-0001.

It is important to remember that, by doing so, all the data will be erased. However, Even though you can we install the game software, but any screenshot will be lost unless you back them up to another device.

Above methods are the solution for 2002-0001 error code in Nintendo Switch. Sadly, if the issue persists, you have to send it for repair. The Nintendo Switch support portal has an outstanding online service to book Nintendo Switch repair. Soon you should not encounter error code 2002 — 0001 anymore.