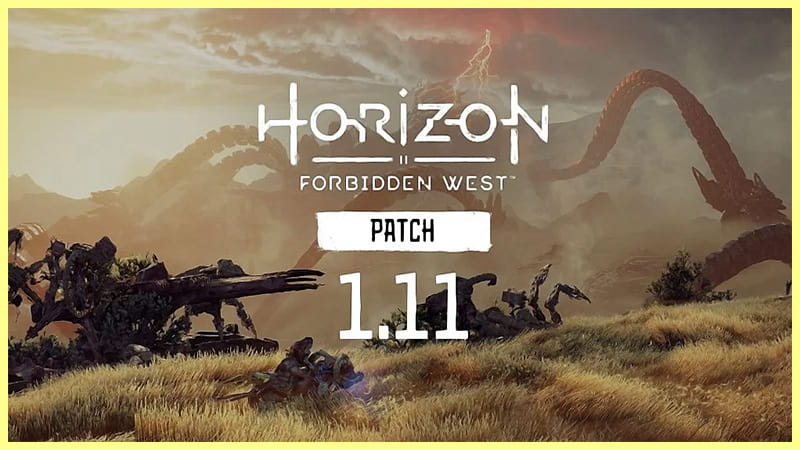 Guerrilla has released Horizon: Forbidden West Patch 1.11 (1.011.000) notes for players on the PS4 and PS5. According to the official release notes, update 1.11 is designed to fix some known issues related to side quest ” Blood Choke” trade and waypoint marker issue. It also fix the issues related to main quests, world activities, machines, UI/UX, graphics and other issues and improves game performance to make it more stable.

Prior to that, an update with some major changes was released a week ago. However, players continue to experience problems with the game. Several of these issues will be addressed in Horizon: Forbidden West Patch 1.11 today. See below for more information.

We are currently looking into several issues reported by the community. Please note that these issues are not yet fixed in this patch, but our teams are aware of them and they’re being investigated.

We are also aware of streams being interrupted when playing on 1080p and 60fps, after saving at campfires. To avoid this from happening, it’s advised to select a lower broadcast quality or lower framerate, for example, 1080p and 30fps, or 720p and 60fps.

Please continue to inform us of any issues via the Support Form. We kindly ask you use this as your primary form of sending in your issues, the team are unable to use the comments of this post or mentions or DMs on social media as an efficient way of sourcing issues. Thank you for your understanding, and for all the reports sent in already!

Take care out in the wilds,