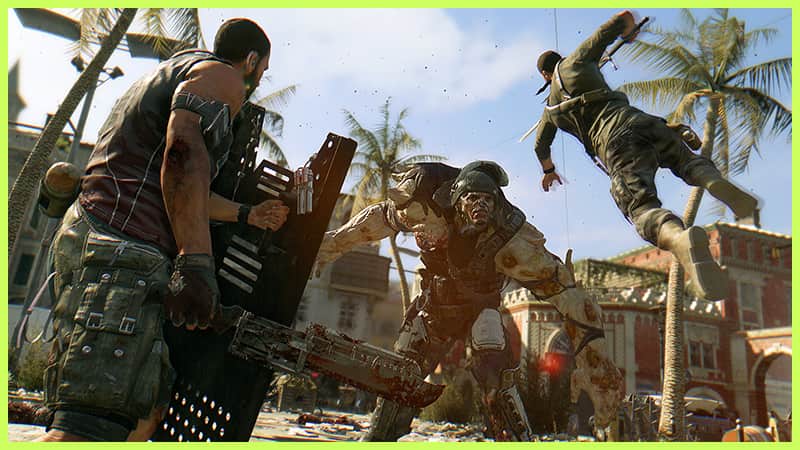 Dying Light Update 1.39 has just been released by Techland, and we’ve got all of the patch notes for you here. With this update, Dying Light starts its new Last Call event. Players can now gain access to new missions and rewards through the Last Call event.

Dying Light Update 1.39 is available now on all supported platforms, and players can download the update by simply visiting their respective digital storefronts.

As of this writing, the size of the patch is still unknown, but we’re expecting it to be a sizeable one. Until we have more information, let’s take a look at what’s coming in the latest Dying Light update.

Here’s what you need to know about the latest Dying Light update on all platforms. Take a look at the patch notes below to find out what’s new.

Rais has fallen, but our problems with bandits grow. Help Spike bring people to safety, and get a special new weapon.

Rais has fallen, but it’s not the end of our problems with the bandits. Quite the contrary, to be honest. With their leader gone, they are flooding Harran, all loose and frenzied, ravaging whatever stands in their way. Their strike on a survivors’ shelter exposed those hiding inside to the infection, bringing on a host of freshly-turned Virals to deal with. As if we hadn’t had enough of them already…

But not all’s lost. Spike’s organizing a safe zone for the survivors who managed to escape. There are still many who need help getting there, though, and it will take some real grit and extraordinary skill to brave the storm and bring them to safety. You are their only hope now. Camden wanted to equip them with his special suits, but unfortunately, only some of them managed to get them. As few as they are, they might prove really useful, so keep your eyes peeled! Oh, and as for the zombie situation—think Spike already has an idea on how to deal with it. Just follow his instructions, and we might stand a chance.

For your efforts, Spike will reward you with his special melee weapon—Crankshaft.

Part I
From 24.01 (19:00 CET) to 28.01 (19:00 CET)
Friendly survivors in protection suits will be fighting alongside you.
Beware! The number of Virals is fluctuating, and there are more of them now!
Local Bounty #1:
Kill the bandits.
Reward: Crankshaft—the 1st stage of Spike’s new weapon
Local bounty #2:
Help the survivors.
Reward: Last Hope blueprint
Global bounty:
Kill zombies using the environment.
Reward: 3 King mods