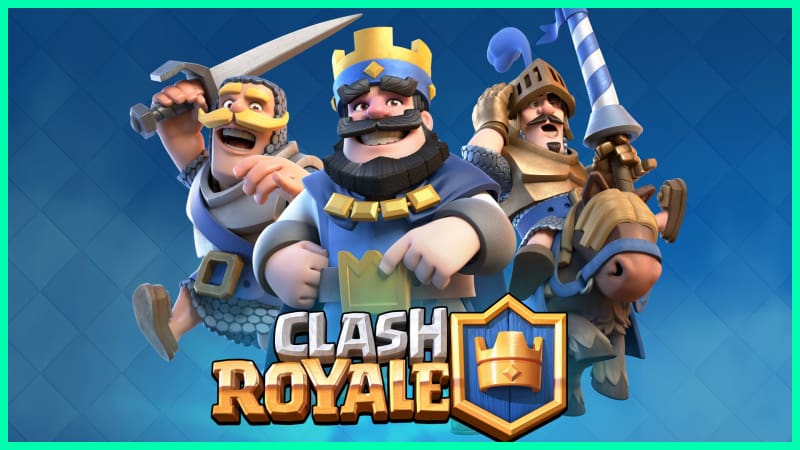 Supercell has been with the new update for Clash Royale April 4 Update, and they’re ready to announce that the maintenance period is complete. After looking through the full patch notes, it’s clear that they’ve been focused on balancing different cards. When you look at the changes, you can see that they’ve buffed cards like Mirror, Golden Knight, and Ice Spirit while also nerfing cards like Archer Queen and Valkyrie. The update will make gameplay more fun and strategic through these balance changes.

Below you’ll find all the information you need on the most recent Clash Royale update. The patch notes have been updated with a breakdown of all the changes, improvements and fixes that will be applied once servers are back online.

Mirror has been a weak card forever and considered more as a situational surprise card. With this change, we hope it will make it a solid choice and spice up deck building.

The previous nerf was a bit too harsh, so we’re reverting part of it!

Stopping his Dash Chain when reaching a Tower will make him more predictable while bringing more Tower damage value. But the King Tower activation will be harder to do.

Poor Giant Skeleton hasn’t been able to find a place in the arena yet.

Our goal is to make him a viable win condition, so we added more survivability for him to reach the Towers more easily.

Archers have been underused recently. They changed their bows’ strings and should now compete again with other range units.

The card made a strong comeback with the last rework… Too strong actually. We’re tuning it a bit down.

The Ram Rider is great to counter-attack, but the slow effect is too strong, making the affected units barely move.

This nerf should still keep the effect significant while removing the feeling of “rooting” a card.

The Queen is still dominant in the Arena despite the previous nerfs.

We think her hitpoints are in the right place, so her ability seems like the best candidate for a change.

After the Giant’s buff and Mother Witch’s nerf, the Graveyard has gained too much strength in the past few months.

The Valkyrie has been the most used mini-tank in the game for a long time. With this sight nerf, we hope that she’ll be less of a jack-of-all-trades Card and leave space for her counterparts.

Despite his classy deploy jump being his main feature, it’s frustrating for many players that he can destroy a whole push at the bridge and then go for a counter-attack.

He is heavily used in the lower trophy range and not so much at the top of the ladder, so nerfing him too much would make the card unusable. With this nerf, players will need to time their deployment a bit more and perhaps add more support cards to counter an opponent’s push.

The Elixir Collector is truly a unique Card but has had a low usage rate for quite a long time now.

Adding 1 Elixir at destruction should bring better tradeoffs for spells. It will generate the same total Elixir as before (8).

The Electro Giant has been too punishing to play against if you were not carrying a building in your deck. He’s now cheaper, but also less tanky, making him easier to counter even without buildings. He’s also taking the spot of a 7 Elixir tank, which was previously empty.

Note: his damage nerf doesn’t apply to his reflected damage, which is still the same as the Zap spell.

Clash Royale latest update is now available to download. You can find more information about game updates and news in our Clash Royale section.