The Motorola One Action Unveiled With 21:9 Screen & 117° Ultra wide Camera 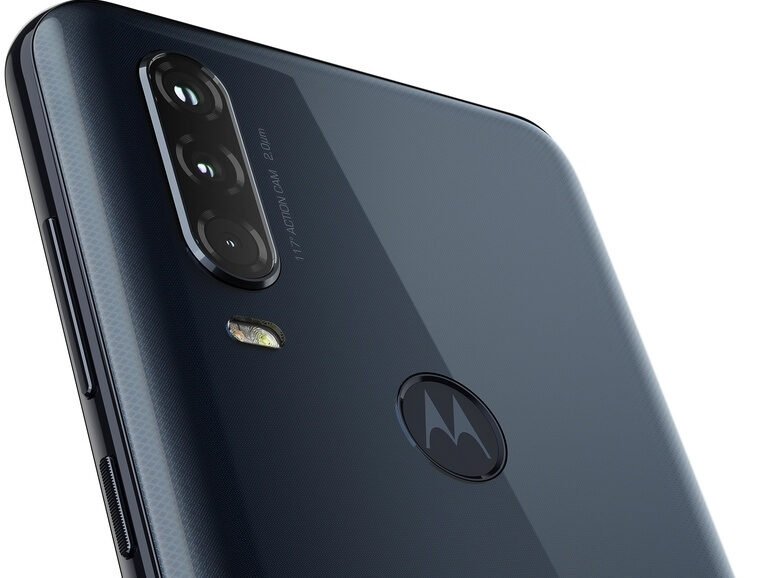 The device has an Action Camera on the back having a 117-degree ultra-wide-angle lens that can capture videos at 1080p at 60fps. There is also a 16MP camera that uses 4-in1 pixel binning to improve the image quality even in low light conditions with EIS (electronic image stabilization) support. The sensors are oriented in such a way that it can record landscape videos even when it is held vertically. The 12MP main camera sensor is used for shooting regular photos and videos. It can also record 4K videos at 30fps. There is a 5MP depth sensor also along with 12MP selfie camera. The 12MP selfie camera is mounted in the Punch Hole of the front panel. On the rear, we can also find a fingerprint sensor along with the Motorola logo. The phone is featured with a 6.3-inch punch-hole IPS LCD display with Full HD+ (2520 x 1080 pixels) resolution and 21:9 aspect ratio. The device is rated with IPX2 certification (IPX2 means protection against dripping water when tilted at 15°) which is not rugged considering it comes with an action camera. The Motorola One Action is powered by Samsung’s Exynos 9609 octa-core processor clocked at 2.2GHz paired with 4GB of RAM and 128GB storage. It can be expanded with a microSD slot but this is a hybrid slot. This phone is running on Android 9 Pie operating system. This One Action has a 3500mAh battery that supports of a 10W charger. It also has a 3.5mm headphone jack and Dolby Audio speaker on the bottom.

The Motorola One Action will be in from August 16 in Europe, Brazil, and Mexico at a price of €260. In the following months, it will expand to more European and Latin American countries. The US and Canada will have to wait until early October. The phone is available in two color options – Denim Blue and Pearl White.