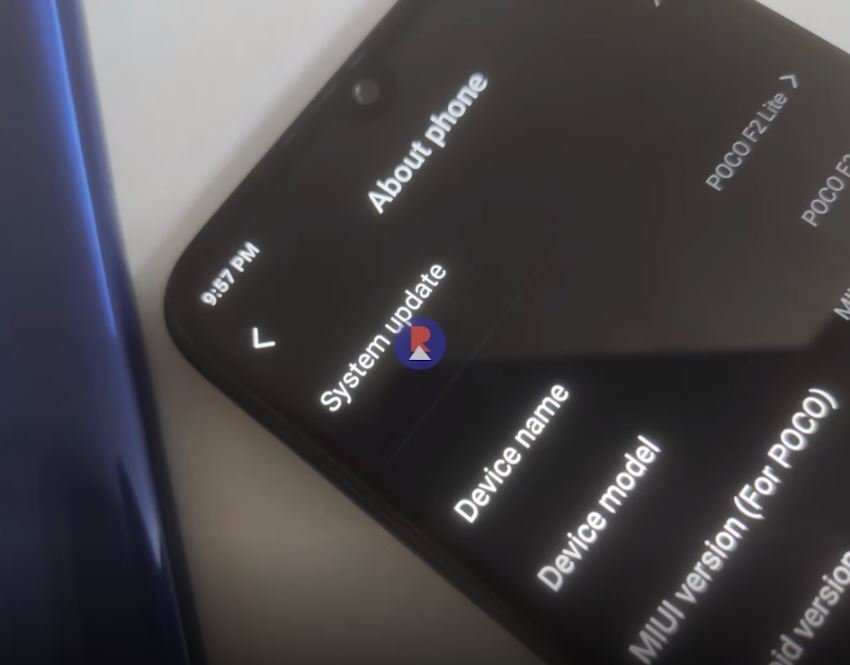 The leaker RevAtlas leaked the live images of the phone through a video on his YouTube channel. It reveals some important characteristics of the POCOPHONE F2 Lite. However, reliability of the leak is not confirmed, so it is advisable to wait until the official announcement by POCO.

Looking at the leaked images, in the front, the smartphone would have a rounded edged display with drop notch. Three sides of the display has Bezel less while and a little chin part is present at the bottom.

In the leak, Qualcomm Snapdragon 765 with 6 GB of RAM and 5000 mAh battery is powering the Poco F2 Lite. If it will be true, this phone will be launched on Android 10 with MIUI.

It is expected that Pocophone F2 Lite will arrive with a lower price than the Pocophone F1. We do not expect the arrival of a large number of smartphones, after all the company is still quite small, but for example the POCO X2 passed some day ago on Geekbench could be one of the new terminals that the Chinese company will present together with the new POCOPHONE F2 Lite.

The week opens with an interesting leak on the technical specifications of the POCOPHONE F2 Lite, a new and not yet presented Android smartphone from the Chinese company. As we know, POCO has recently become an independent brand after being tied to Xiaomi for some time and the POCOPHONE F2 Lite could be one of the company’s new terminals for 2020.

Also Read: Oppo A31 with the model number CPH2015 gets Bluetooth SIG certification