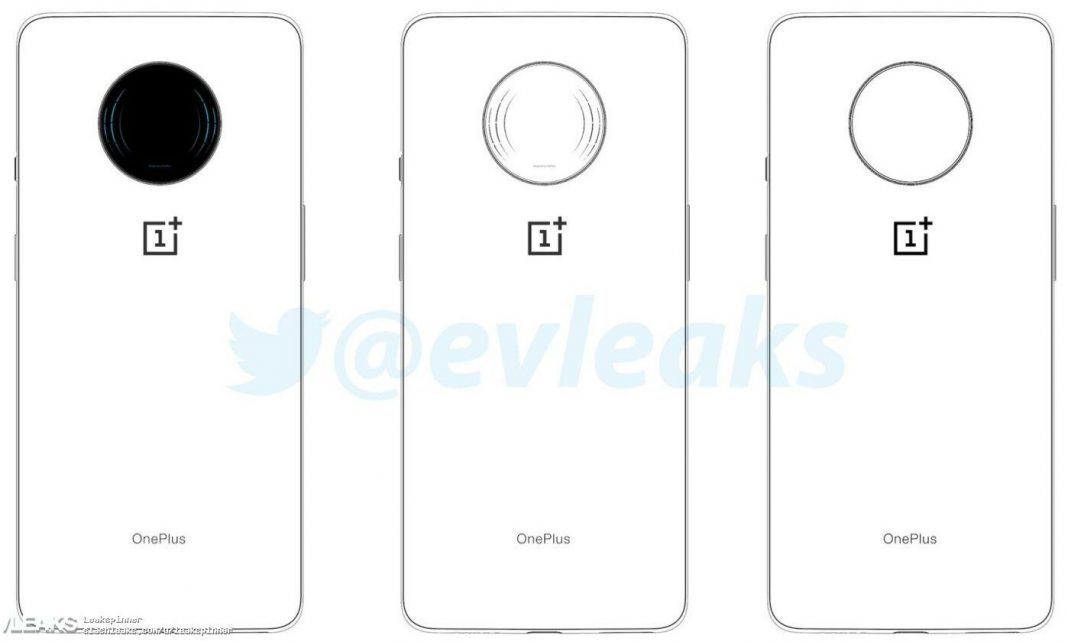 OnePlus is gearing up for the “T” variant of the current OnePlus 7 series. This trend was started with the release of OnePlus 3T in November 2016 and since that time OnePlus releases an upgraded variant of its flagship bearing the “T” suffix. The company has been released OnePlus 5T and OnePlus 6T which came up with the specifications which were beyond the expectation and reignited sales of the brand’s flagship models. Now, A new design of the upcoming OnePlus flagship appeared online which might be OnePlus 7T. Leaked design of the phone suggests that the future OnePlus device with a round camera bump for its rear panel.

The popular tipster Evan Blass, aka @evleaks, shared some sketches which show a phone with a huge circle bump on the back for rear cameras. We can also see in OnePlus’s alert slider button on the sides. At the bottom of the device, there is a cut-out hole for the speaker and USB-C port. The design of the upper half of the terminal looks similar to the design used by Motorola in one of its terminals, such as the G7. However, it is possible that even the design receives an unexpected change. However, It is also worth noting that Back in December 2018, an Indian tipster Ishan Agarwal leaked the design looks similar to the recently leaked image of a OnePlus model. The image showed the device in prototype/designing stage with a similar circular rear camera module. However, rumors also suggest that the design was left in the prototype stage. But right now, @evleaks tips this to be the design of the OnePlus 7T.

EXCLUSIVE! Here’s your first look at an upcoming OnePlus Device I don’t know much about. This image shows the device in prototype/designing stage and it is not final but this is probably how the device may end up looking. That’s Pete (CEO of OP) in the img and the device itself. pic.twitter.com/Yau9EsgSDy

According to the speculations, it is expected that OnePlus 7T and OnePlus 7T Pro will be released on October 15. Also, OnePlus already confirmed that it is going to launch its first-ever TV next month. OnePlus recently confirmed it is planning a 5G handset for the fourth quarter of 2019. There is not much information available yet, but it might possible that OnePlus 7T Pro 5G will come with this design. If it is so, then it’s going to out another 5G device before 2020 comes around.