Realme Q Series Will Be Arrived On September 5th In China 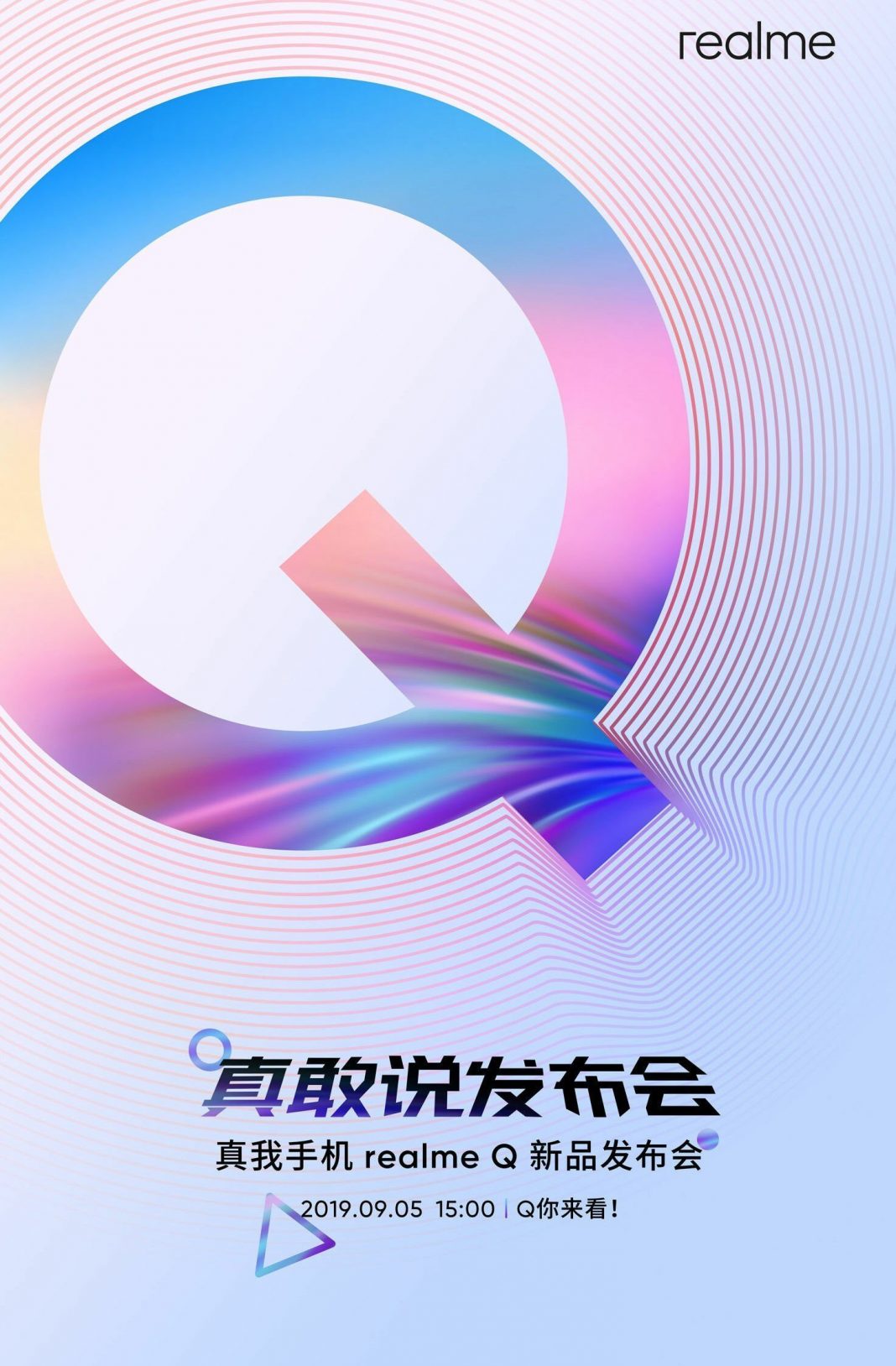 Realme is going to add a new series for its smartphones called “Realme Q”. Realme will be hosting a launch event in China to wrap off its new Q series. The CMO of the Chinese company, Xu Qi Chase confirmed it through a Weibo post. He said that four new products will be announced during the event. There are not many details available yet, but the company has also confirmed that it will be a quad-camera smartphone. Because the company’s Weibo profile is all about the “four-cam era”. A few days back, Realme 5 and Realme 5 Pro smartphones were successfully launched in India which also hold a quad-camera setup on the back. Also, This is the first quad-camera smartphone for the company. There is also a piece of news which suggests that Realme Q will be the first phone of its sub-brand with its own OS and not ColorOS. It could be dubbed as Android 10 as the announcement made by Google last week. The smartphone recently surfaced on TENAA which indicate that the Realme Q could be the re-branded version of the Realme 5 series for the Chinese market.

At the launch event of September 5th, the Chinese company launching the Realme XT smartphone. The company’s CMO Xu Qi Chase shared photo suggests that it will be also a 64MP quad-camera smartphone. However, it seems that the 64MP camera smartphone will launch in China later. Currently, the company owns its “C” series, “U” series. Then they come up with a new series are called X. And now, a new smartphone “Realme Q”.

Currently, the Company has two phones in China — Realme X and X Lite. The Realme X was first launched in China with a pop-up front camera for selfies. For the Chinese market, The Realme 3 Pro is a re-branded as Realme X Lite. Now, The brand is also gearing up for the unveiling of a new member in the series as Realme XT which poses a 64MP camera.