Recently Xiaomi has announced that POCO will act as an independent brand. Just like Realme is doing its independent business in India after the separation from Oppo in 2018, perhaps in the coming time the company will adopt the same strategy for POCO. Chinese smartphone maker Xiaomi’s subsidiary POCO is preparing to launch a new smartphone next month. Recent leaks reveals that the company might release three Poco smartphones this year.

Now moving on to the latest leaked info, Poco F2 smartphone has been spotted online running on Android 10 and also the CPU details revealed. A benchmark testing app (Geekbench) installed in the smartphone revealed that Poco F2 will equipped with an octa-core Qualcomm CPU that has 4-cores @ 1.79GHz, 3-cores @ 2.42GHz, 1-core @ 2.84GHz. This CPU configuration is exactly matching with the Snapdragon 855 SoC specs which was introduced in late 2018. 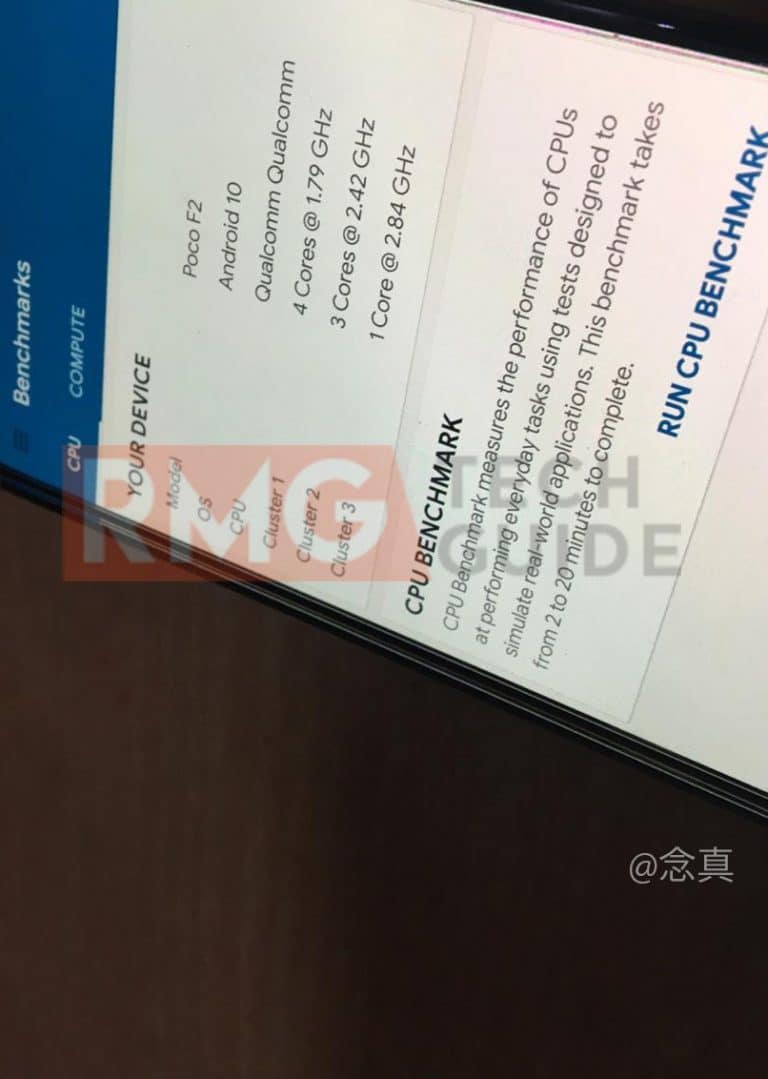 Recently, some alleged live pictures of POCO F2 Lite have been leaked. According to the report, this smartphone will be given Qualcomm Snapdragon 765 processor that also include a 5G modem inside. This smartphone might use a 64 megapixels or 48 megapixels primary sensor.

Talking about the leaked pictures of POCO F2 Lite, Xiaomi MIUI can be seen in it. The device will use dot notch the display, although the rear panel of the phone has not leaked, so it is difficult to say whether it will have a triple rear camera or a quad camera.