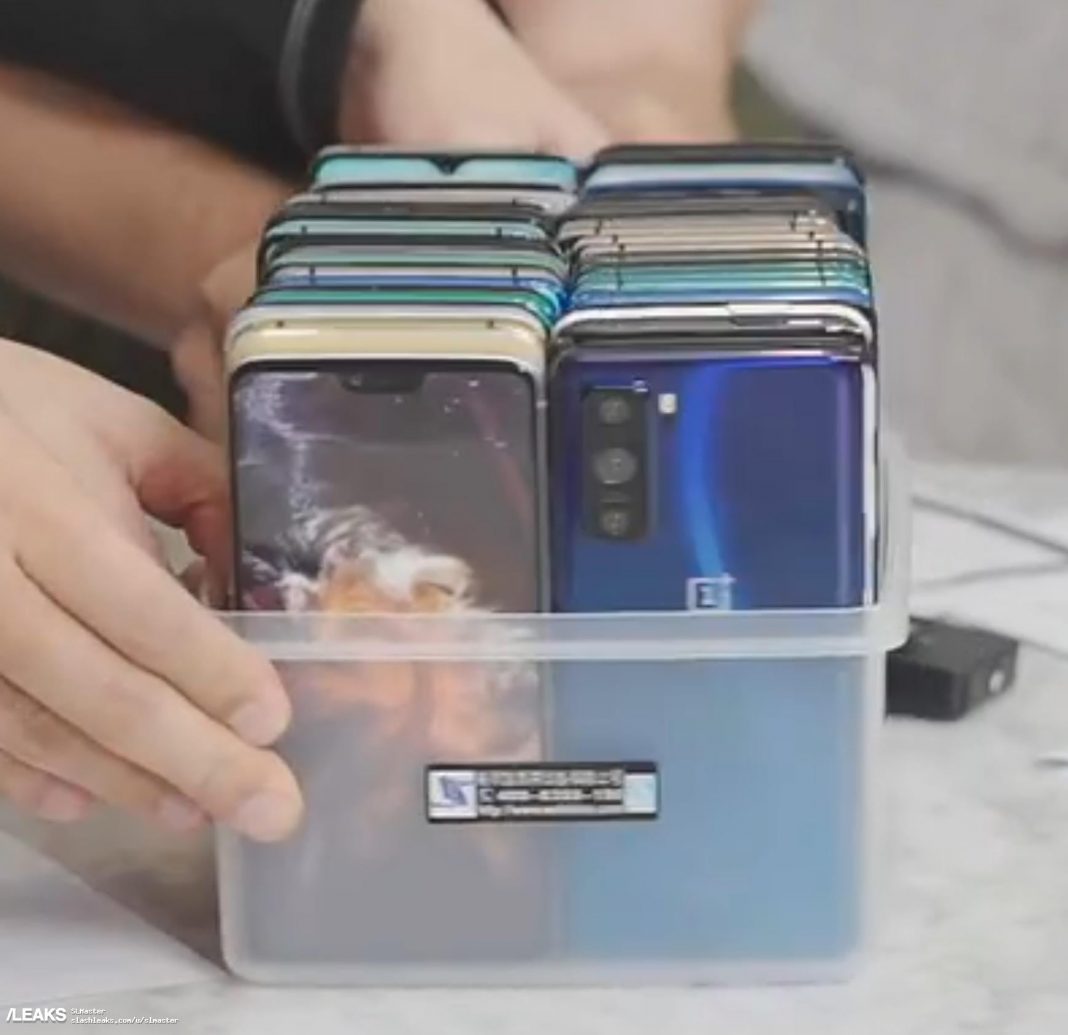 #OnePlus 8 ‘lite’ prototype spotted in a Chinese video featuring Pete Lau. The device seems pretty tall and it seems like the previously leaked CAD weren’t accurate about the Camera setup. It has a Triple Camera setup with flash on the side. I wonder how they are gonna price it. pic.twitter.com/0BVTYUzumZ

The OnePlus 8 Lite will come with a 90Hz refresh rate, support 5G and triple rear camera

As per a leaked specs sheet, the device will get a 6.4-inch Super AMOLED display with a 1080 x 2400 FHD+ resolution and a 20:9 aspect ratio. Despite the fact that this is the “lite” model, the screen will in any case sport a 90Hz refresh rate enabling game players to enjoy smoother gameplay, animation and smooth scrolling that comes with this feature.

Under the hood, the device will be powered by MediaTek chipset well regarded Dimensity 1000 SoC. The latter features an integrated 5G modem and has comparative CPU cores as the Qualcomm Snapdragon 865 processor, in spite of the fact that they run at a lower clock speed. MediaTek’s chipset will be powering all three models of the OnePlus 8 series. The device will get triple camera setup on the back of the device as – 48MP primary lens with f/1.7 + 16MP ultra-wide lens and a 12MP telephoto with a 5x hybrid zoom.

The OnePlus 8 Lite will be available in two variants, and both the variants will include 8GB of LPDDR4 RAM with 128GB and 256GB of storage option. The handset has a 4000mAh battery will keep the lights on. The device also got an IP53 rating, which will protect the phone from sprinkles and light downpour. The price of both phones in Chinese Yuan is at the equivalent of $431 USD and $473 USD, respectively.