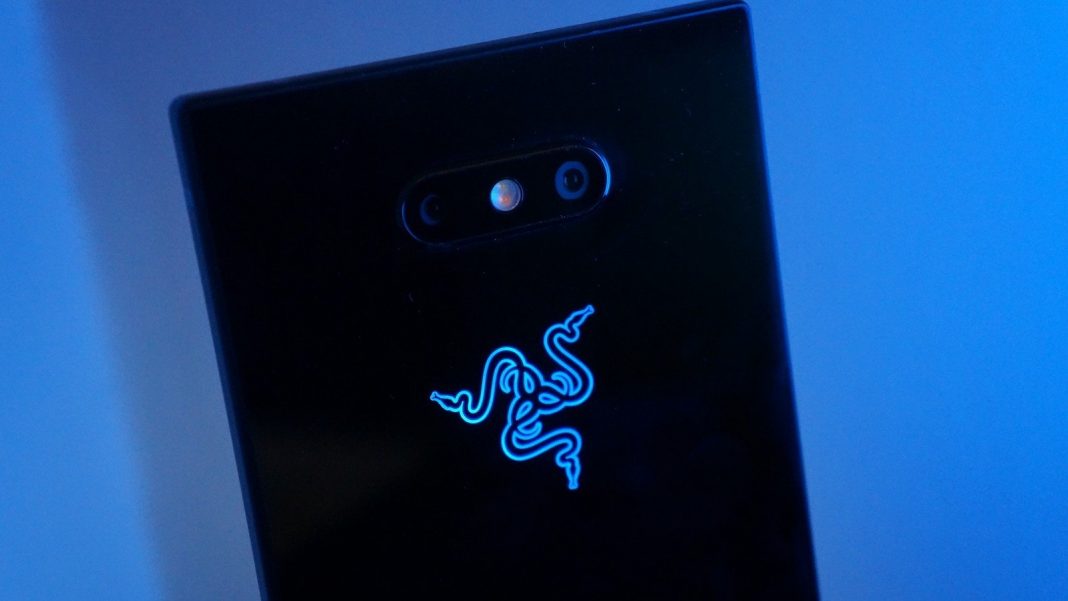 Razer Phone 2 was launched a year ago. And this year in April, Razer released a Satin Black version of the phone. This phone was launched with 8GB of RAM + 64GB and 8GB of RAM + 128GB of expandable storage option. And then this year the manufacturing of Razer phone has been put on hold while the manufacturer is working on a successor of the phone. Now, a Razer Phone 2 Prototype with 512GB of Storage, having THX logo at the back has appeared on the web.

An XDA Senior Member kountry83 posted photos of phones. The THX logo can be seen clearly on the back of the device. The device has 512 GB of internal storage, dual sim, widevine L1 support, a different hard key combo to get into recovery, and bootloader unlocked already (with DRMs intact) and most importantly the build of the device is June 2018. The original phone has a single SIM inside. That is something interesting to see if the Razor is still working on an upgrade of this phone or it’s just a prototype. A member shared some images of the phone with a THX logo on the back. For the sake of knowledge, THX is an audio company that develops hi-fi tech for audio systems of various devices. The original Razer Phone 2 was launched with features great stereo front-facing speakers with dual amplifiers and Dolby Atmos. So, THX logo the back of the phone indicates that the audio experience is going to great if comes into the market.

The original Razer phone 2 is powered by Qualcomm Snapdragon 845 SoC. It has a 2560 x 1440 resolution 5.2 inches IGZO IPS LCD display that has has a 120Hz refresh rate. Having this refresh rate provides smooth gameplay for Gamers. It has a single SIM slot and a microSD card slot which can be expanded up to 1TB. This phone is fitted with two 12MP rear cameras and an 8MP selfie camera at the front. The Razer Phone 2 packs a 4000mAh battery with support for Quick Charge 4+ and 15W wireless charging.