Orcs Must Die! 4 Release Date and Everything We Know

Everything you need to know about Orcs Must Die! 4 the anticipated fifth installment in the wildly popular, orc-slaying strategy game. 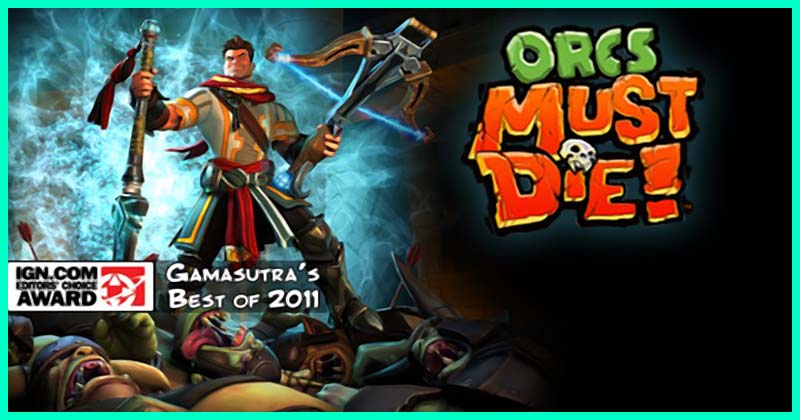 Orcs are the embodiment of evil in many fantasy worlds, and in the hit game series Orcs Must Die!, they’re finally getting their comeuppance. Recently, the fourth installment in the franchise was released back in July, 2021, so fans have been waiting patiently for news about a fifth installment. Sadly, there has been no word from developer Robot Entertainment about when we can expect to see Orcs Must Die! 4. However, that doesn’t mean we can’t speculate!

About Orcs Must Die! Series

Orcs Must Die! is a fun, engaging game with an interesting twist—the entire game view is from an action-oriented third-person perspective. This makes it easy to understand gameplay and make decisions without getting caught up in the map.

Orcs Must Die! was developed by Robot Entertainment, and was one of Penny Arcade Expo’s biggest surprises of 2011. In this innovative title, players control an armoured hero who must defend a series of magical gates from invading orcs, using a variety of weapons including traps and spells. It was originally released for Xbox Live Arcade on October 5, 2011 and for Windows PCs on October 12, 2011.

After the success of the first title in the franchise, Orcs Must Die! 2 was announced on April 2, 2012. The sequel includes two-player co-operative gameplay with the introduction of a new playable character: the Sorceress. Then as a third installment into the series, Orcs Must Die! Unchained, which was a beta version from 2014 and was eventually released in 2017, was developed under a free-to-play model.

Now the recent installment in the series, Orcs Must Die! 3 is another in a line of successful games from Robot Entertainment. The action-packed installment features a wide variety of save-or-die weapons and traps, each set in unique environments that force players on the defensive.

One of the most popular development studios has unveiled a masterpiece that’s sure to please any fan of action-tower defense games. In Orcs Must Die!

Orcs Must Die! 4 Release Date: When is it coming?

Orcs Must Die! 4 doesn’t have an official release date yet, but fans are eagerly anticipating its arrival. The Orcs Must Die! series is known for its intense action and satisfying gameplay, and Orcs Must Die! 4 is sure to deliver more of the same. In the meantime, check out our Orc-slaying tips and tricks to get ready for the next game in the series.

Ever since the release of Orcs Must Die! 3 back in July 2021 on Steam, fans have been patiently waiting for news about a fifth installment. There have been no official announcements about a release date, but that hasn’t stopped fans from speculating. Some believe that the game will be released sometime in 2020, while others think it might not come out until 2021 or even later. Only time will tell for sure, but one thing is certain: Orcs Must Die! 4 is one of the most highly anticipated releases in recent years.

Up to now, the release pattern has been nearly four years long with a break in-between. After a brief hiatus, Orcs Must Die! Unchained was released in 2017 and Orcs Must Die! 3 is predicted to be out in 2021 — both have been fantastic additions to the series. This suggests that Orcs Must Die! 4 may arrive in 2025.

At the end of the day however, it doesn’t really matter whether development is still going on or not; it would seem that Orcs Must Die! 4 is still coming, and that’s all that we need to know. It’s hard to predict what the future holds for this beloved indie game favorite, but in any case, if a fifth game is going to come out, it will likely be sometime around 2025 depending on how long the development process takes.