MultiVersus ‘Failed Patch’ Error? Here’s How To Fix It 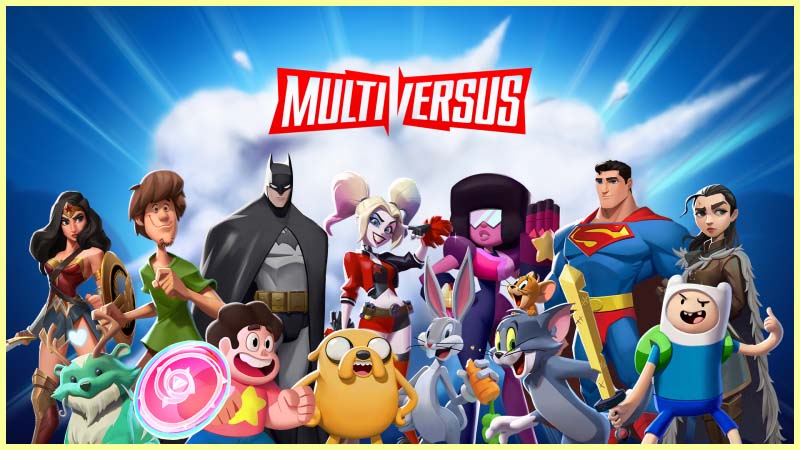 There’s something fresh, wild, and new for fans of fighting games and crazy crossovers. A whole new world opens up in MultiVersus. A free-to-play platform fighter shows what would happen if Batman and Shaggy from Scooby-Doo faced off. You can now play MultiVersus for free on your console or PC after it left closed beta. Players can now choose from a wide range of characters in MultiVersus’ Open Beta. The game offers a wide range of interesting combinations, from classic cartoons to modern pop culture icons.

Its Open Beta launches earlier than the game’s official release in the second week of August. However, it is a generally accepted fact that the bigger the online games are, the more bugged, errors, and glitches that will be present. There is almost no game that has never shown a bug or error since it was released, and it is almost impossible to find such a game. The beta version of MultiVersus has started displaying errors and bugs since early access to the beta version became available, so far. Recently, players have been facing the ‘Failed Patch’ error after getting the ‘Fetching Product’ error, etc.

If you want to know more about how to fix MultiVersus “Failed Patch” Error then keep reading this article till the end because here we have discussed some effective solutions that will help resolve this issue easily.

It is inevitable that online gamers will encounter errors and glitches from time to time. Firstly, we need to make sure that players understand what this error is before we can talk about solutions to this problem. In the event that you have tried to play the open beta of the game, you might have encountered this error message. The screen will display a message that says, for example, ‘Failed Patch’ or something similar to that. You may run into this particularly annoying error if MulitVersus fails to load a patch.

In general, a patch failed error means you cannot connect to the server because it wasn’t installed properly. In some cases, the game allows players to continue playing in offline mode. However, if you want to take advantage of all the game has to offer, you will need a more permanent solution.

There are a number of solutions to this error, which fortunately are not hard to find. In order to resolve this problem, players would have to follow the following two steps:

Solution 1: Make Sure All Patches Are Installed

The first thing you should do is check if all patches have been installed on your computer. If one of them is missing, it can result in MultiVersus Failed Patch error. The best way to do this is to close the game and it will automatically check for patches when it is about to shut down so that the game can be updated before it closes down. It is important not to force shut down the game after it finds a patch which needs to be installed. Allow it to install the patch, then it will close after it finishes installing the patch. Attempt to launch the game again and see if the error is still present or if you have been able to resolve it.

The above process might not fix your problem, so uninstall it, then reinstall it. This is the best way to fix this problem, even though it is a bit of a hassle to install MultiVersus again and again. After uninstalling and reinstalling the game, all patches will be installed automatically. This way, it won’t display the error again, so you won’t have to worry about it.

If you’re still experiencing this error and none of these solutions has worked for you, it may be time to contact the developer of MultiVersus and let them know about this problem. We’d love to hear about any other solutions you found to fix this.