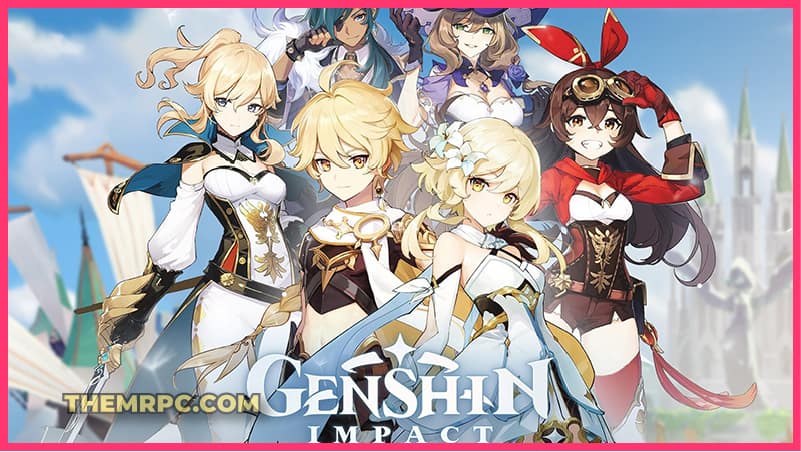 There’s a playable character named Noelle in Genshin Impact who’s off to join the Knights of Favonius. She must complete Hangout quests to reach Knights of Favonius. It consists of two acts – Knightly Exam Prep Answers and Chivalric Training. A player can choose from the six different endings that Noelle’s hangout offers in Act II. By completing 8 daily commissions, you can earn 2 story keys for Act I: Chivalric Training. If you have earned the key, enter it into the Act II: Knightly Exam Prep Answers.

Act II of Noelle’s Hangout depends entirely on the choices you make in the game. Noelle will reach one of the endings in Genshin Impact by selecting the correct option. You will lose hearts, however, if you choose the wrong answer. Be careful not to drop all the hearts, as they will end the event.

In Noelle’s Hangout, you’ll find all six endings so don’t miss out. To get every Knightly Exam Prep Answer, click on the dialogue below.

1) Rest Amidst The Rocks

The Knightly Exam Prep Act begins with Rest Amid The Rock, the first ending. It starts in a library where you have to talk to Noelle and give advice about ‘’Change of scenery might do you good” and take her out to eat. To treat Noelle to a nice meal, head over to Wanmin Restaurant in Liyue.

Go to the harbor after having a meal. Talk to the Millelith when you reach the harbor so you can learn some fighting tricks by stopping the treasure hoarders from escaping. To get the Rest Amidst The Rock, enjoy a cup of tea or a meal while talking to Millelith.

As soon as Noelle finishes her journey to Liyue, she asks you where to go next. In place of going to a restaurant and doing Crook-catching, tell her to go for ‘Emergency Story-Sourcing’ and Third Round Knockout.

You will need to speak with Iron Tongue Tian, then head to Hilichurl camp to present a chaos device. Get back into the village of Liyue and tell the tale to get “The Maid-Knight’s tale”, ending with the Knightly Exam Prep Answers hangout quest.

It starts from the ‘Emergency exam prep‘ in the library. Instead of suggesting Noelle to go out for a change of scenery, suggest her to face her fear. Tell her to give more exams to get rid of her fear of exams. Now head towards the Adventure’s guild and take the exam. Give correct answers to complete the “Perfect Score” ending.

Follow the same dialogue that you did to get the ‘Perfect Score’ ending. But this time instead of giving all correct answers in the test, make one or two mistakes and fail the exam to get ‘Points Deducted’ ending in Knightly Exam Prep Answers.

5) The One and Only Noelle

Now that Noell’s fear of exams is over make her realize that she is at her best. Storm bearer Mountains and collect Valberries and Slime Condensate for Noelle to make Baron Bunnies. Place it by the Hilichurl camp to defeat the incoming Hilichurls. Suggest her to become an acting grand-master and complete The One and Only Noelle ending.

Follow the same steps that you followed for the one and only Noelle ending. But here, instead of asking Noelle to become an acting master suggest her to become a Cavalry Captain. Serve as a cavalry captain to get the Work Made for a Maid ending.

This is everything you need to know about how to get all six endings in the Knightly Exam Prep Answers hangout quest. Check out another article to know about the best husband characters in Genshin Impact.