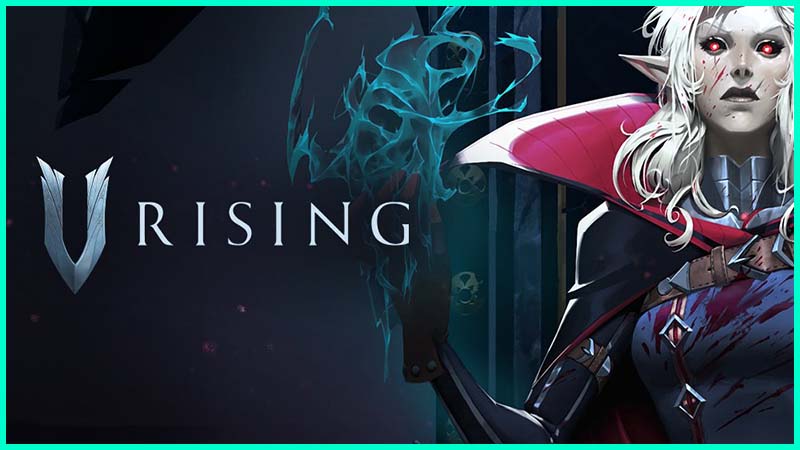 With hundreds of games coming out on Steam each month, there is no shortage of popular titles. But, whenever a game is released in early access, it can be difficult to discern if it is worth your money. People have often found that many early access titles have rather high system requirements which scares off a lot of players who want to test the game out but don’t have the hardware. Thankfully, V rising has some low CPU and GPU requirements (which I’ll detail below) which allow the game to perform well even on dated systems. Being a new addition to the Steam Store, V rising has gotten quite a lot of positive feedback for the game as well as some negative ones for the issues it comes with. The most common complaint is the game’s low FPS (Frames-per-second) and high input lag. In this article, I will be walking you through the necessary steps to setting up your V rising game for high FPS while maintaining zero input time.

V Rising is an amazing game, and it’s so much fun to play online with other people. In order to get the best experience while playing online, though, there are some settings you’ll want to change. It allow you to make the game look and play the way you want. Here are some of the best V Rising game settings for high FPS with zero input lag:

The Xbox game bar is a great way to capture footage of your gaming sessions, but it can have a significant impact on your PC’s performance. The game bar uses the CPU, GPU, and internet connection whether you’re recording or playing, which means you’ll get lower frame rates, higher latency, and other issues if you don’t turn it off before launching your games.

If you’re looking to get a great experience out of your games without any input lag, then you need to make sure your gaming PC is set up right. The next thing to do is make sure that “Hardware-accelerated GPU scheduling” is turned on in your Graphics Settings. This setting very important because it reduce latency and improve performance in the game which ultimately help to remove bottlenecking issues for the game, increase a few FPS as well.

To get a smooth framerate and no input lag, it’s best to set your graphics settings to High Performance. This will give you the best framerate and least input lag for your setup. It’s also the default setting, so if you haven’t already changed this, then you don’t need to worry about it!

4. Turn Off Depth Of Field, Low-quality Atmosphere, And High-quality Vegetation

Another one of the most important things to do is to turn off depth of field. This effect blurs out the background, which can really help hide the fact that you’re looking at a video game. It can also make it harder for you to see what’s around you and react quickly enough if something appears suddenly, so it doesn’t need to be on all the time. A good alternative is to only have it on when you zoom in with your weapon or scope, which will limit its impact on your FPS.

If you’re playing a PC game, V-Sync is a setting that reduces tearing of the image on your screen. It’s basically a way to force your graphics card to synchronize its output with the refresh rate of your monitor, but it has some major downsides:

When you’re playing a game, it’s important to be able to see what’s going on as quickly as possible—but if your settings are wrong and you have V-sync on, you could be missing out on frames per second that you’d need for a good gaming experience. If you’re having trouble with input lag, which happens when there’s a delay between the time when you push a button and when something happens in the game, it could be because of V-sync. It can also cause your game to stutter or freeze if your framerate is low.

It’s a no-brainer, but it’s worth pointing out that Full Screen is better for performance, quality and input lag.

In order to maximize your FPS and get the best performance out of your PC, you should make sure that you’re using full screen mode. This is an option that is available for most games, so it’s usually pretty straightforward to find.

If you have a game running in windowed mode, there will be some elements of the game that won’t run as smoothly as they would on a computer with a stronger graphics card or better processor (or both).

Windowed mode is also important because it allows you to use desktop applications while still playing video games like V Rising and other titles.

Next most important things for getting great performance out of a game is to lower the graphics and effects settings. This will always help you get a higher framerate in any game, whether it’s a 10 year-old FPS game or an epic RPG. Even if you’re playing on a high-end computer with a killer graphics card, there are always settings that can be changed to improve performance without sacrificing too much visual quality. By dropping some settings, you’ll be able to play at a buttery smooth framerate even on lower-end computers.

This setting is used to improve the visual effects of shadows in the game. It doesn’t affect how smoothly the game runs. You can turn this setting up if you want better visuals, or keep it down if you need more FPS.

Anti-aliasing is a graphics engine feature that smooths out the edges of a scene by using pixels from the surrounding image to give the illusion of more detail. But while this feature can make games look way better, it comes at a price: if you have it on, your frame rate drops like a rock in water, which means your game slows down and feels sluggish. To save yourself from experiencing an unresponsive and laggy game, take time out of your busy schedule to make sure you’re turning off anti-aliasing when you play. You don’t want to waste all those hours you spent getting good at the game!

This setting is used to smooth out jagged edges on objects in the game. Turning this down will increase your FPS, but turning it up will make things look smoother.

When you’re trying to get the highest frame rates you can, these are the settings that are going to make a huge difference! Texture Filtering is used to make textures look better in the game. Turning this down will increase your FPS, but turning it up will improve image quality overall.

This setting is used to set how far objects are rendered in V Rising. Turning it down will increase your FPS, but turning it up will make everything look better

This guide is meant as a quick reference for setting up your game to run in the optimal way for high FPS and low input lag. But keep in mind that all of these changes will make the game look a bit less immersive, so if you’re okay with that, go ahead and try them now! If not, make sure to keep this article saved for future reference—and happy gaming!