Xiaomi patent a dual-display smartphone, here how it looks 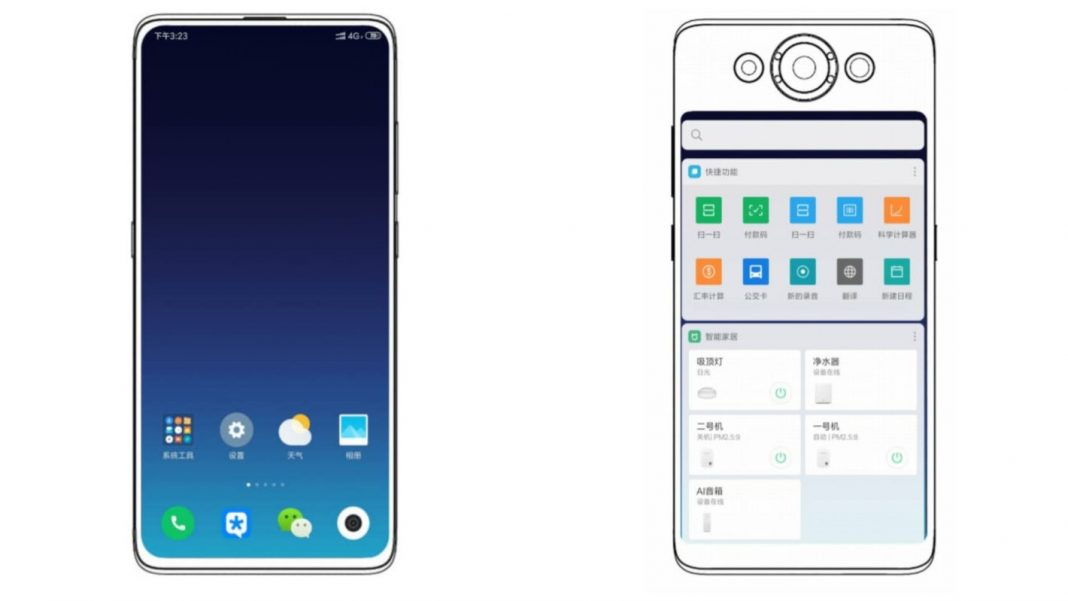 Today, the competition between various OEMs has come to at this level that each company is now coming with a new solution to make their models more particular than those of the competition.

Now, a recent leak suggests that the Chinese smartphone manufacturer Xiaomi may be working on a smartphone with a dual display. At least this leaks indicate that.

According to the report, the Chinese giant Xiaomi has filed a design patent application filed at the CNIPA. This design patent was filed at the end of July last year (exact date is 25th July 2019), but it got approved on February 14th 2020 (means yesterday). However, this is an interesting smartphone, but it’s similar to a couple of other devices which is already present in the market.

In the design patent images, we can see a secondary display present on the back panel of the smartphone, just below the camera module.

A quick look at the following sketches is enough to realize that the smartphone designed by the Xiaomi team has frames around the display. This frame is reduced to minimum terms or you can say it that there is no Bezel on the front. There is no camera module on the front, probably because selfie users can use the rear camera directly with the secondary screen.

It remains to be understood what the practical advantage of a solution of this type could be apart from the discourse on selfies and the possibility for the manufacturer not to include a front camera.

Remember, however, that simply registering a patent does not amount to the manufacturer’s willingness to actually market a smartphone based on it.