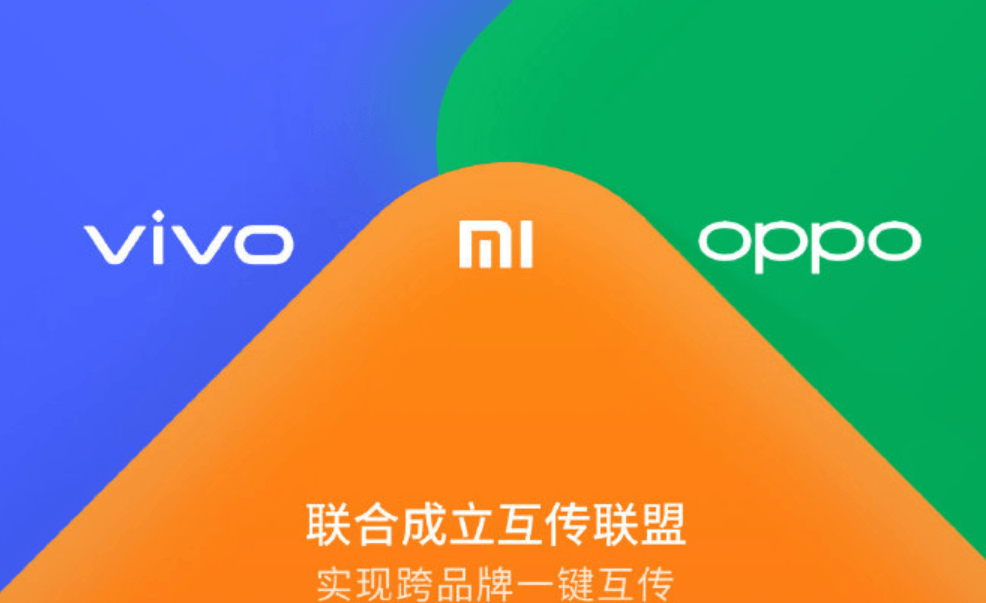 Today, Three biggest smartphone manufacturer from China have joined hands to create a file-sharing system that will be very much similar to Apple‘s AirDrop. Xiaomi announced it today through a WeChat post. The group will be joined by Oppo and Vivo and called “inter-transfer alliance” group.

This alliance aims to bring a better file transmission experience to users across the participating platforms. Meaning, Now, smartphone users from Xiaomi, OPPO, and Vivo can have a better file sharing experience. Smartphones from these brands would be able to transfer files at higher transfers speeds of up to 20Mbps without the use of any third-party app. The transfer supports multiple file formats such as photos, videos, songs, documents, Zip files, etc. Apple’s AirDrop is extremely popular among iPhone users mainly because of its ease of use. However, implementing a similar feature on Android was virtually impossible. Because different companies run different tweaked versions of Android their smartphones. For example, MIUI, ColorOS, and FuntouchOS are some of them.

Talking about its technology, it will use a combination of Bluetooth and Wi-Fi to transfer files between phones using Xiaomi MIUI, Oppo‘s ColorOS, and Vivo‘s FunTouchOS without any additional application. Shared screenshots suggest that the file transfer speeds would be up to 20 Mbps. According to the company, the file transfer will be battery efficient and also will not use 4G data for it. However, currently, the technology is in open beta and will be released by the end of this month in a beta form.

Past Technology And Reports: –

In 2011, Google also had introduced a similar kind of technology that is known as NFC. It was based on Wi-Fi transfer. But, now it is removing from new Android Q update with a new “Fast Share” technology.

According to a report  Xiaomi, Oppo, and Vivo shipped over 24 percent phones in the last quarter worldwide. So, It will benefit millions of consumers when its releases. Currently, the Inter-Transfer Alliance has only three members, but Xiaomi is welcoming others to join.