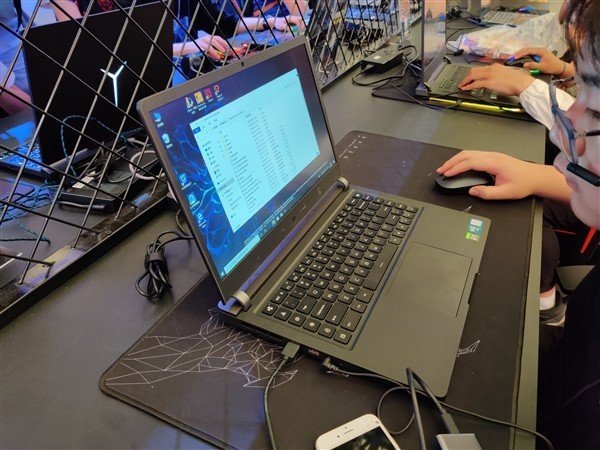 Today, At the 2019 China Digital Entertainment Expo & Conference (China Joy) which is held in Shanghai Xiaomi unveiled Mi Gaming Laptop. A few days back, Xiaomi announced that it would soon launch 2018’s Mi Gaming Laptop soon. The teaser and leaks of the device already came onto the web. But now, the actual physical unit of the Mi gaming laptop has appeared at ChinaJoy 2019 festival. There is no chance of fake images because all images come straight from the Intel booth over at ChinaJoy 2019. Looking at the design of the device itself, there is not much difference from the previous generation Mi Gaming Laptop. It seems to follow the same principles as previous Mi Gaming laptops. Absolutely no surprises here, though that’s not necessarily a bad thing. One of my favorite things about Mi Gaming laptops are the understated and simple designs. Only the hardware configuration is bit improved in 2019 model of Mi gaming laptop.

As the leaks suggested, all the specification of this laptop is well matching with those. This Laptop is powered by a 9th generation Intel Core i7-9750 processor with the latest Nvidia GeForce RTX 2060 graphics card. This latest RTX 2060 GPU from Nvidia GeForce will provide very smooth gaming the experience to its user.

Furthermore, is also features a 144Hz 72% NTSC display which a gaming laptop must-have. It configured with 16GB of Ram with 512GB SSD. According to the officially released poster, one of the highlights of the 2019 Xiaomi game is to support real-time ray tracing. Nvidia CEO Huang Renxun said earlier that real-time ray tracing technology can bring some incredible realism. It is also a highlighting feature of this laptop. Huang Renxun said that if we want to capture the geometry, the shadow will appear. Just like in the real world. It is naturally presented and does not require fraud. The beauty of ray tracing is here. However, Xiaomi has not announced the heat dissipation details of the 2019 Mi Gaming laptop.