Xiaomi 64MP Phone Coming in Q4, 100MP Phone Will Be A Reality Soon 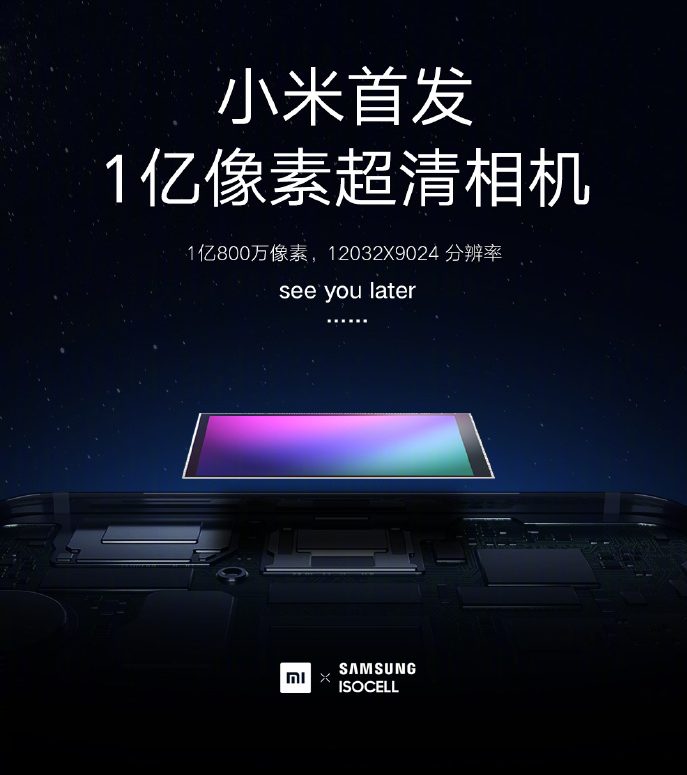 The Chinese smartphone manufacturer company Xiaomi held the Xiaomi Future Image Technology Communication conference in Beijing. At this conference, Xiaomi co-founder and president Lin Bin gave details about the upcoming Xiaomi 64MP Phone which will feature with Samsung sensor. He also shares the company’s advancements in camera technology and their future in terms of camera suppliers and performance. Xiaomi claims Redmi will be one of the first brands in the world to feature the new sensor. It should come to India first and will likely be the Redmi Note 8. According to president Lin Bin, two years back Xiaomi set up its first independent camera team. An official camera department was set up In May 2018, that would involve all aspects of hardware and software development for their camera technology. The company’s AI algorithm team is comprised of more than 1,000 people, with over 684 global patents in AI, ranking them 11th in the world. However, In the end, the last statements from the Lin Bin 100MP camera caught the attention of many. Lin Bin said that the Xiaomi 100MP camera smartphone is far away. The pixel size and the resolution will be is 108MP and 12032 x 9024resolution respectively.

This is the 108MP (108000000 pixels) CIS customized by Samsung Semiconductor for Xiaomi. At least for a few months, there will be no second manufacturer to adopt it. pic.twitter.com/P2yUlBPTcR

The president Lin Bin gave the details that the Xiaomi 64MP Phone the company will utilize South Korean manufacturing giant Samsung‘s 64MP GW1 sensor. Li Jishuo, the global vice president of Samsung Electronics’ LSI Division, came on stage and introduced some of the main highlights of the Samsung GW1 sensor.

Samsung‘s 64MP GW1 sensor will have a 1/1.7-inch ultra-large bottom sensor. This GW1 sensor is 34% larger than its previous sensor which will supports four-in-one pixel-binning technology. This GW1 sensor will support pixel-isolated ISOCELL PLUS technology. This will give a high color reproduction and also improve the sensitivity by 15%. The intelligent ISO technology can ensure that the highlights of the photos do not overexpose. It will also reduce the noise in the darker parts of the image.

With a large 1/1.7″ sensor, ISOCELL, Smart ISO and Hybrid 3D HDR capabilities, our #Redmi #64MP camera will redefine the way you’ve been experiencing the smartphone camera.

#Redmi will be one of the 1st brands in the world to launch a mind-blowing, powerful and class-leading #64MP camera.

The #FutureOfCamera is in unprecedented details.
RT to spread the word. pic.twitter.com/nS15G3YH0I

Read Also: – Apple’s iPhone 2021 Will feature With Face ID And In Display Fingerprint