Xbox Series vs PS5: Which gaming console is better? 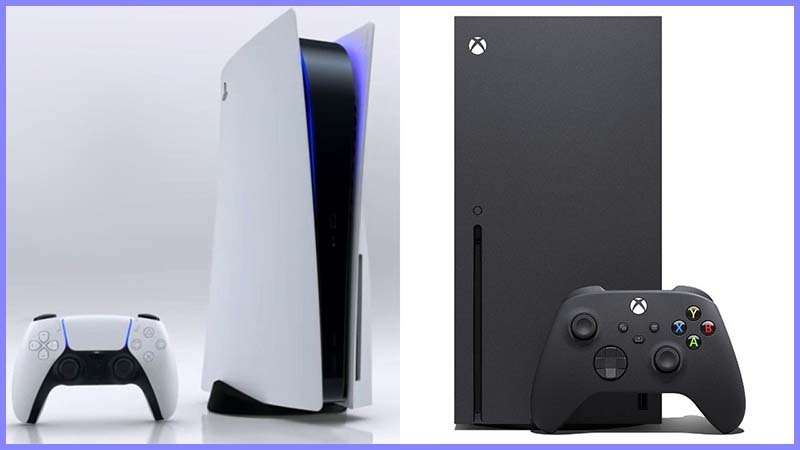 We’re approaching two years since the PlayStation 5 and Xbox Series consoles first launched. Released in 2020 on November 12 and November 10, respectively, the two consoles have performed well, although the PS5 maintains a sales lead over Xbox. Each console has its strengths and weaknesses. Today, we’re going to break down the differences and see which comes out ahead overall.

First off, we have the design. Although the Xbox Series X and S surprised people with their radically different designs, gamers have warmed to their size and appearance. It’s a thicker, blockier device than previous Xbox consoles, but it looks quite slick on a shelf with its all-black design. Meanwhile, the PS5 is essentially a larger, more jagged version of the PS4. Some find the design a bit flashy, but it’s interesting and certainly stands out as unique.

Next up, the price point of consoles has always been an important factor. Sony has long since learned from its mistake of overpricing the PS3. When the third generation PlayStation launched in 2006, the 60GB model was priced at a whopping $599, which is equivalent to almost $900 today. The PS5 instead launched at $499, or $399 for a digital-only model, while the Xbox Series X launched at $499. This time around, the two platforms are on pretty even footing regarding price.

Of course, all of this is hypothetical without a quality library of games. Here’s where the differences really matter. Sony is known for its critically acclaimed first-party games, such as God of War, Marvel’s Spider-Man, and Horizon Forbidden West. Although these games eventually came to PC, these excellent titles are one of the strongest draws for gamers. While Xbox has a vast wealth of titles available at excellent value through their Game Pass subscription, the above titles have been exclusive to PlayStation consoles for quite a long time.

The PS5 generally holds the advantage here due to its support of SSD storage. Sony has committed itself to solid-state drives, and the PS5 comes with one built-in. Although the 825Gb of storage offered isn’t hugely impressive, it provides a significant advantage in terms of speed. With a speed of 5.5GB/s, this results in faster load times when booting up games and allows developers to overcome data bottlenecks that plagued consoles in the past. The Xbox, however, supports larger hard drives, allowing far more games to be installed at once.

Although the two consoles are much more competitive than they have been in the past, Xbox holds a slight advantage here in terms of sheer processing power. Both consoles offer 4k/120Hz gaming and provide performance modes of up to 60 fps for many games. Xbox offers more reliable and stable performance with sharper image quality. Although either console has yet to surpass the PC in terms of raw potential, both consoles provide solid, reliable performance for most games.

Like the design, this is a highly subjective element. Players prefer using a controller for various reasons. Each has a distinct shape and design, making it easy to get used to one but hard to switch from one to the other. The DualSense (no longer DualShock) is generally lighter than the Xbox controller and features a touchpad and built-in speakers (of questionable quality). However, Microsoft has the advantage in its range of elite controllers, which come at a high price point but offer high levels of customisation for the player.

Xbox’s Cloud Gaming service has been out for some time now, available to gamers with a Game Pass Ultimate subscription. This allows players to play Xbox games on supported iOS and Android devices, as well as PC. Meanwhile, Sony lags in this department, but they are beginning to play catch up. Of course, Cloud Gaming is a niche for console players since games can simply be downloaded and played directly. However, as this becomes more significant in the future, be prepared to see both sides increasing their support for cloud gaming.

When it comes to backwards compatibility, Xbox is the clear winner. Although Sony is catching up, making select PS1 and PS2 classics available in a remastered form with added trophies, Microsoft has long supported playing old games on modern consoles. Microsoft was first in this race, proudly prioritising its expanding backwards compatibility library with a huge library of Xbox 360 and Xbox Original games. Xbox consoles allow you to play many older titles with the original disc, whereas the PS5 only supports these games digitally.

These major differences set aside the PlayStation 5 and Xbox Series X consoles. There are other issues, of course, and many of these things are subjective, but this list should help you decide which console is best for you.

When it comes to gaming, we’re all looking for something different and both the PS5 and Xbox Series deliver it. Although when the novelty of their games passes, some people like to go back to the classics, like poker, baccarat or blackjack. If you’re intrigued by them but don’t know how to start, don’t miss this essential blackjack guide to learn how to play one of the most popular card games. You’ll find all you need to be prepared for your next game, from a breakdown of card ranks, key things to remember, and how you can play more successfully.