What Does Smite Do in Minecraft? Take a Look Here 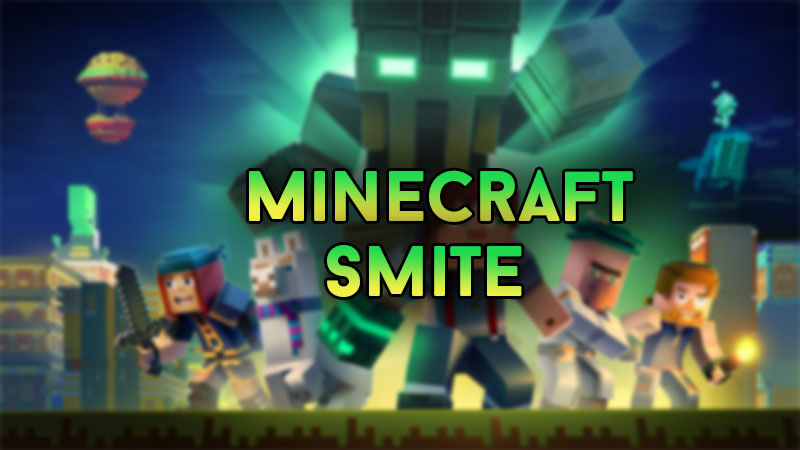 There are many different ways to gain strength in Minecraft, such as crafting weapons and armor, brewing potions, and using enchantments. For players that know what they are getting into in advance, enchantments in particular allow them to specialize against certain types of threats. An example of this is the Smite enchantment, which in this situation is very specific but is extremely powerful. Throughout Minecraft’s world, you will find monsters, wild creatures, and unfriendly undead creatures.

In the absence of impeccable weapons or enchantments, dealing with them all would be a nightmare. You’ll never be able to be free of smite’s enchantment. You will always need Smite enchantment. What’s the reason? This is because when it is applied to swords and axes, it makes killing mobs easier. In reality, Smite enchantments are actually relatively easy to put on weapons and are intended for players who are wondering exactly what they do and how to get them. But, What is Smite’s advantage over other enchantments and how does it work? Let’s better understand it. In this article we will know “What does Smite do in Minecraft?”, “How to get Smite Enchantments?”, and more.

An enchantment is an essential part of Minecraft since it can be used to enhance many different aspects of the game. Players find that these tools are particularly helpful when they want to engage in later game activities or simply be more efficient. 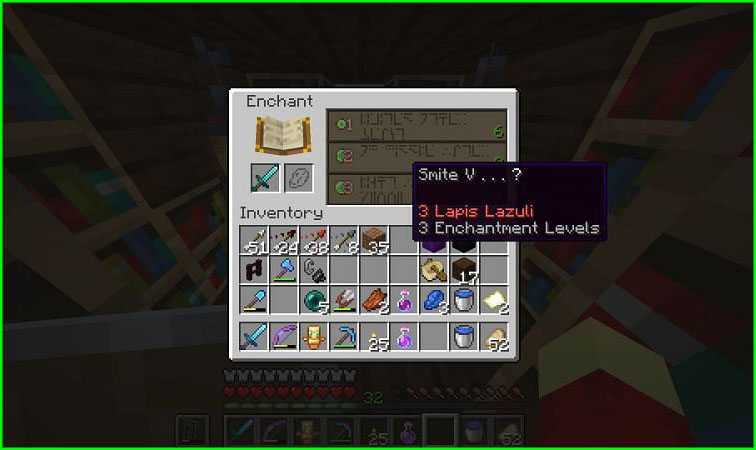 Also read: What does bane of arthropods do in Minecraft? Know everything here

What Does Smite Do in Minecraft?

Minecraft utilizes Smite enchantments as weapons. The damage from those weapons will be maximized in Smite, which helps you quickly kill the mobs (undead). A lesser known but more powerful enchantment than Sharpness, Smite is a pestilence to undead creatures. Axes and swords are both compatible with Smite. When fighting undead mobs like skeletons and zombies, Smite is a better option than Sharpness.

Smite can enchant only swords and axes, and it has five levels. Despite the fact that each subsequent level increases damage by 2.5 after the first, the overall damage against undead Mobs is still quite substantial.

On the bedrock edition, the diamond sword begins with a base damage of 8. Smite increases damage to 10.5 with its movement. In addition, Smite V increases the sword’s damage to 20.5.

At Level 5, Smite can deal 12.25 additional damage to undead creatures, and when applied to a weapon, with Smite V. Thus, a wooden sword with Smite V does much more damage to undead than an unenchanted netherrite sword. This makes it clear what purpose this enchantment could serve. Please keep in mind that Smite and Sharpness cannot be combined on the same weapon (sword or axe), since they are mutually exclusive.

It takes two normal hits to kill an undead mon with a max level smite on one of our netherite or diamond swords, but one critical hit will instantly kill them. The way to land a critical hit is pretty simple, just strike when you are falling.

How to Get Smite Enchantment In Minecraft?

The enchanting table and levels can also be used to obtain Smite, just like any other enchantment. Several Smite enchanted swords can be combined to obtain one with a higher level of enchantment.

In order for the smite enchantment to be effective, it cannot be used simultaneously with the bane of arthropods, sharpness, or cleaving.

How Good Is Smite In Minecraft?

A weapon without an enchantment can only deal basic damage. You will have to exert a great deal of effort to get past the undead mobs if you’re using regular weapons.

Smite will make your weapons a lot more dangerous against undead animals by increasing their damage. This will be better understood if we make a comparison. It will take three strikes with your Sharpness sword to kill a zombie. Smite-enchanted weapons are faster at killing zombies, and can kill one in just two attacks.

This means that Smite is an indispensable tool for fighting different kinds of mobs.

What is Better Smite or Sharpness?

A sword that is enchanted with Sharpness is also quite useful. Like Smite, it has five levels, with level 5 being the most powerful. There is no compatibility between Smite and Sharpness, which means one can only be used at a time.

A mob hit by Sharpness receives 1.5 hearts of damage. Only that makes smiting and sharpness different on the game.

It depends which enchantment you use in a particular situation and your own play style. However, among the most of the players, sharpness is preferred over Smite because it has a greater range of capabilities and can kill most enemies with a couple of hits.