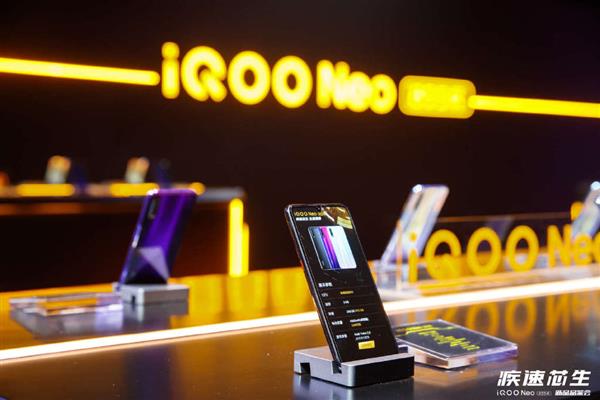 Vivo officially launched its new smartphone under the iQOO series called iQOO Neo 855. The company holds a press conference to launch the phone. As its name suggests, the smartphone is powered by a Qualcomm Snapdragon 855 processor. The smartphone got an AMOLED screen and water-drop notch as well.

Earlier this year, the Vivo iQOO was launched as a premium gaming smartphone. Later, the company also introduced an upgraded version as iQOO Pro with the 5G capability and then two more phones. The iQOO Neo 855 is the successor, and the upgraded version of its previous iQOO Neo smartphone. The first Neo phone was launched with a Qualcomm Snapdragon 845 processor.

Compared to its previous iQOO Neo, there are many things that are improved in this one. The first thing is the processor which is upgraded to the SD855 processor from the previous SD845 which makes the device more powerful. It also upgrades the storage of the phone from UFS 2.1 to UFS 3.0 flash memory, which will make the phone even faster. iQOO Neo 855 scored 477,016 on AnTuTu. Talking about its display, the iQOO Neo 855 version has a 6.38-inch AMOLED water-drop screen with a 19.5:9 screen ratio. It has some other features like DC dimming, low-brightness anti-screen flash technology, and HDR10 to achieve a higher dynamic range. The iQOO Neo 855 version uses an in-display fingerprint sensor, which is 10% faster than the previous generation Neo phone. The iQOO Neo 855 version comes with Multi-Turbo 2.0, including Center Turbo, Net Turbo, Cooling Turbo, AI Turbo, Game Turbo, and ART++Turbo which will enhance the gaming experience on this device.

The connectivity has become more strong as the phone supports a dual-WiFi acceleration technology that enhances connection and ensures that online gameplay is stable and webpages load faster. In the lab test environment, the front-end response speed is increased by 30% compared to the iQOO Neo generation, and latency reduces by up to 90% with the feature active which ensuring a smoother gaming experience. In terms of application, the iQOO Neo 855 version also supports the mutual-transmission web version. With the one-click scan code on the mobile phone, any data on the mobile phone can be managed and transmitted synchronously on the computer without data lines or traffic. The price tags for all four variants of the iQOO Neo 855 are: