Vivo X30 series is already in mass production process, 100,000 units in a day 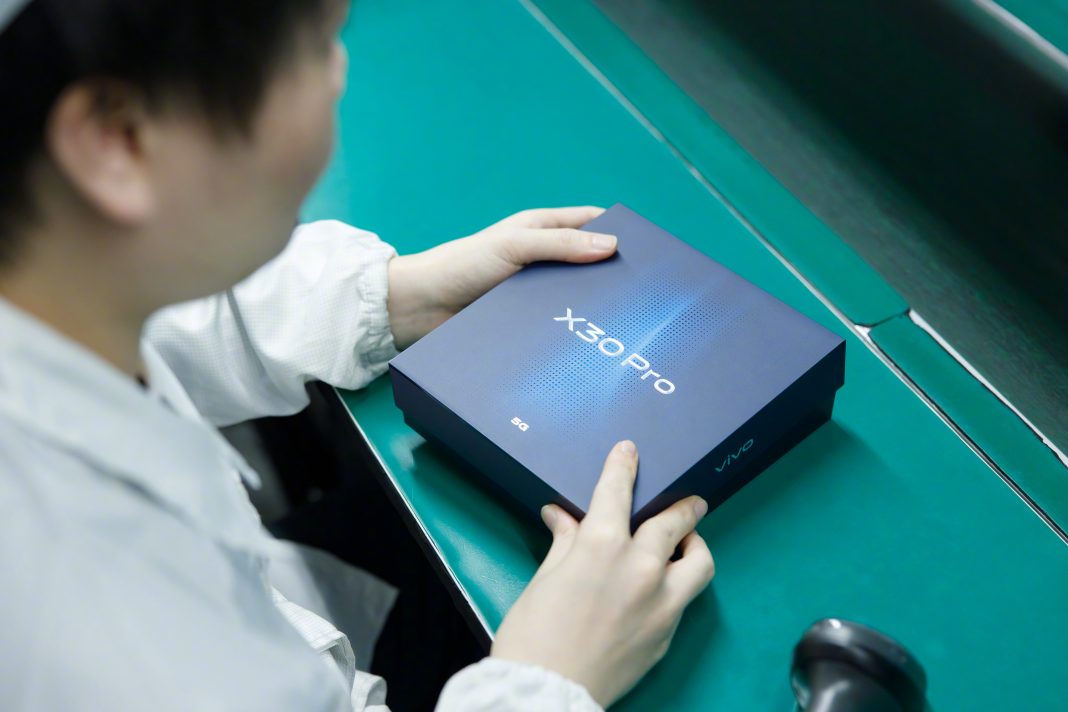 Today, During the Dongguan media communication meeting Vivo’s vice president and general manager for the Chinese market, Liu Hong, revealed that the Vivo X30 series will debut with the new Exynos 980 processor which is jointly developed by Vivo and Samsung.

Liu Hong also revealed that the X30 series is already in the process of mass-production with the daily estimates of a 100,000 units. It is also confirmed by the company’s official Weibo profile, where Vivo shared the production video of the upcoming series. Vivo also shared the installation process images of X30 series on its Weibo account.

Company stated that X30 series is being fully stocked, and company is looking forward for the sale. The X30 will be the first smartphone from the Vivo that dual-mode 5G technology. Vivo X30 series will debut on 16th December in China.

As per the available report, the smartphone will come with a periscope super telephoto lens, which supports up to 60x super zoom. There is also a dedicated portrait lens. This series will use a small-aperture punch-hole display. It will support under display fingerprint recognition.

According to official reports, the Exynos 980 is the world’s first mass-produced Cortex A77 architecture dual-mode 5G SoC. It took nearly 10 months for joint research and development, and more than 500 engineers worked together in R&D by the Chinese phone maker.