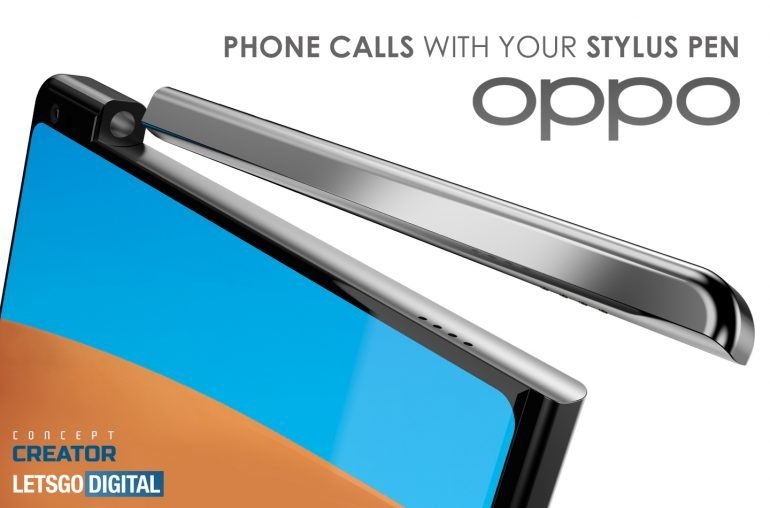 However, Samsung is not the only player in the market; there are a few more. In the past, LG has already released several phones with a stylus pen. Now, other OEM manufacturers, such as Motorola, Asus and Huawei have planned to launch smartphones equipped with S pen.

Moving on, according to the latest report, Chinese firm Oppo has applied for a patent of a smartphone with S pen. The patent was applied on 8 May 2019 by Oppo to the CNIPA (China National Intellectual Property Administration) which shows that we could see an Oppo phone with an unique S pen design in the future. The placement of the Stylus pen will be different from the Samsung Galaxy Note series, where the stylus is placed inside the smartphone’s body. Oppo’s new patent reveals that the stylus will be placed on the upper head of the body. However, this is not the only change. Unlike the Samsung S Pen, Oppo Stylus will have its own battery energy storage. The battery would instead be able to guarantee long-lasting calls – no one knows how much – thus guaranteeing the user not to have to depend on the smartphone.

OPPO’s idea is to create a stylus that works together with the smartphone but also far from it, thanks to the presence of a Bluetooth module. In the patent images, we can see the keys for the volume rocker and the microphones.

The OPPO patent is very interesting and has some decidedly intriguing ideas for use; However, it is necessary to understand what it will be like to talk on the phone through the stylus and especially for how long.