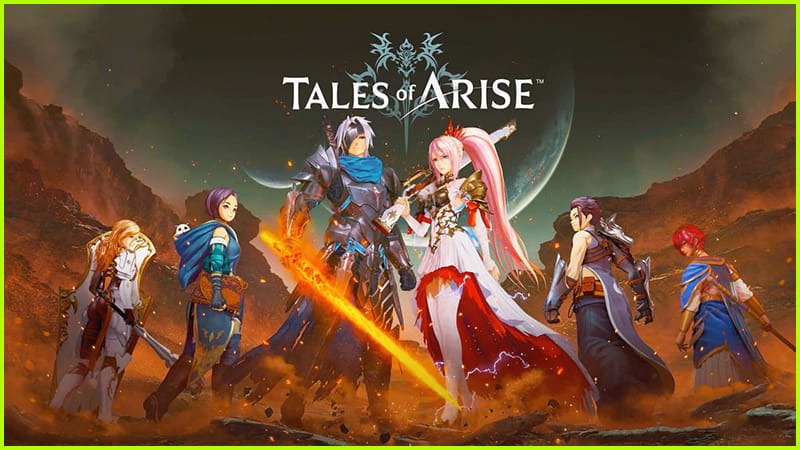 Despite being released almost a week ago on September 10th, 2021, Tales of Arise has already a built a large fan-base. Praised for its refined gameplay and breathtaking art style, Bandai Namco is once again showing the gaming industry what it’s capable of. Tales of Arise, the Japanese role-playing game co-developed by Tales series publisher Bandai Namco Entertainment and its subsidiary, Tales Studio, has shipped 1 million copies worldwide, making it the fastest selling entry in the series.

A million copies of the Tales of Arise franchise have been sold worldwide, including both digital and physical copies. This is a huge milestone for the franchise and shows that it has passed its RPG niche to become a mainstream series. In comparison, 249,723 copies of Tales of Berseria sold in one weeks of its release and has taken five years to reach 2 million in sales. So this is a big achievement for Bandai Namco Entertainment and making making it one of the most popular JRPGs of all time.

Tales of Arise has been a success for BANDAI NAMCO, breaking the series’ previous player records. Not only this, Tales of Arise has contributed significantly to the total sales of the Tales Of series to date, which exceeds 25 million. In addition, it set a new Steam record for user activity. It is clear that this is a significant step forward for the series.

With so many big releases, it’s a miracle anyone noticed. But they did. With the tough competition Tales of Arise faced that week, the sales figures for the game were even more surprising. Along with NBA 2k22, Life is Strange: True Colors came out on the 10th of September. With a stellar cast of characters and breathtaking scenery, Tales of Arise dominated its competition to top the charts with high sales volume.

This is especially impressive when you consider the fact it only had one day on the market in which to make an impact against much more popular titles like NBA 2K22 and Life is Strange: True Colors.

Compared with Tales of Vesperia: Definitive Edition, which was released in January 2019 and reached 1 million units after approximately two years.

In addition to the most recent sales updates for Tales of, the official Japanese twitter account has also provided some more sales updates.

We can see by looking at recent sales statistics of the entire Tales of series that the top three sales (up to March 2021) were:

The odds are quite good that Tales of Arise will do quite well if its sales continue during the holiday season.

Tales of Arise, an action RPG from Bandai Namco takes you through an astonishing array of stunning environments in the world of Dahna. Meet Alphen and Shionne, with each having amazing powers beyond their control. Tales of Arise brings together two main characters. One is Alphen, a Dahnan warrior who never removes his iron mask, and the other is Shionne, a strange, beautiful woman with mysterious powers. They join forces to fight against the evil Lords.