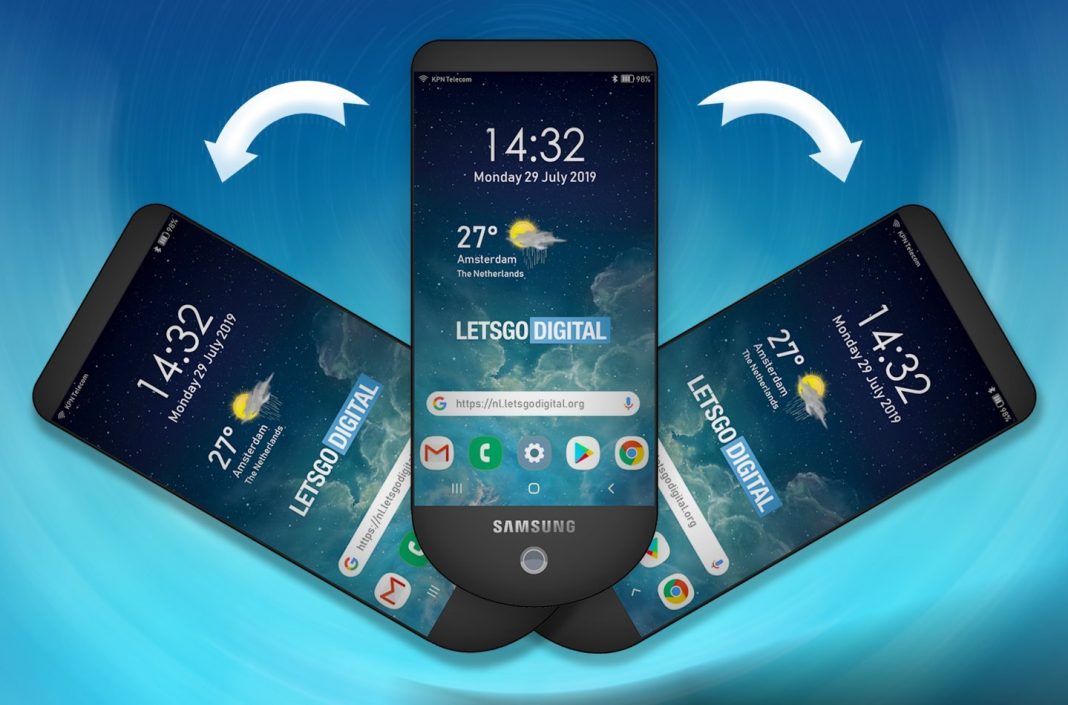 South Korean Tech giant company Samsung patents a unique design patent for its upcoming smartphones. The new design patent from the Samsung shows 3 display stand on top of each other. This patent was filed by Samsung display, the display division of Samsung in August 2018 at the (Korean intellectual property office) KIPO, last year. After the approval of the patent on March 2019, a special design of the smartphone was published on 11th June 2019.

About The Design Patent: –

This patent shows three parts of the phone and each has a separate display. All these 3 parts are hinged with a metal rod at the bottom which holds the three parts together. This Smartphone has three equal display parts which are stored underneath each other.

The Samsung design patent includes 10 sketches. It shows the device bottom will be completely round, has three parts each feature a display which holds by a metal rod that is fitted at the bottom. This patent shows no space for the camera at the front. And also does not have any buttons except the receiver. The back panel of the device is also completely smooth.

Samsung already has numerous futuristic and innovative patterns for Smartphone models. These patents include a foldable telephone, role of telephone, a foldable smartphone with the flexible display mounted on the outside such as in the Galaxy fold. And now, the Korean Tech Giant hand smartphone manufacturer Samsung comes with another creative idea for mobile devices.

Furthermore, Samsung is also going to relaunch its Galaxy fold device after fixing all issues the device had. The phone is set to available in the market in September. But the date is yet to be confirmed by the company officially.