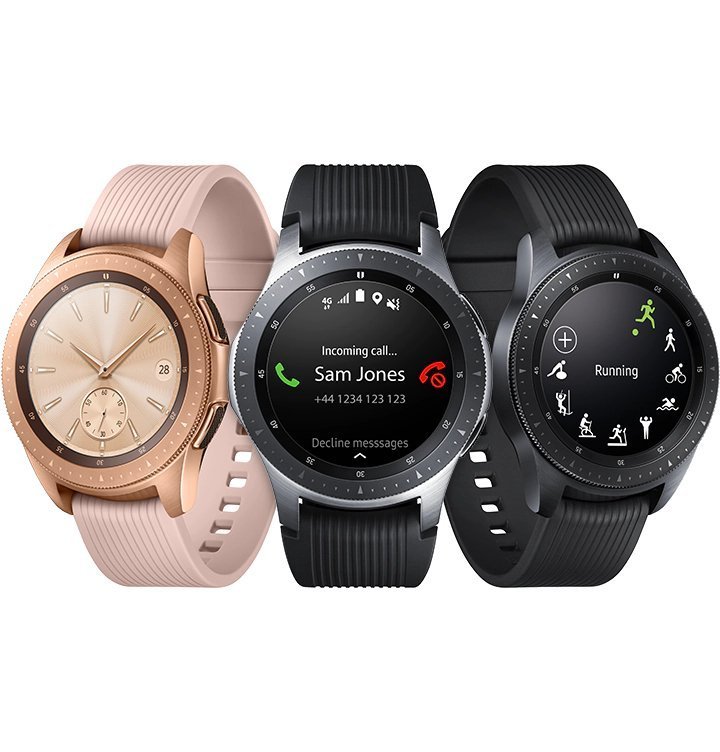 Here, what is said in the statement:

Galaxy Watch and Galaxy Watch Active users will soon be able to enjoy all the user experience functionality found on the Galaxy Watch Active2 thanks to a new software update. Samsung Electronics is bringing a range of dynamic updates to its earlier-generation watches, including enhanced Samsung Health features, Bixby features, and customization options.

However, soon after the announcement, without wasting the time, the company rolled out the update on the Galaxy Watch and Watch Active with a software version R800XXU1DSK2/R800OXA1DSK2 over a month ago. But at that time, only the Wi-Fi-only model picked up this update.

Now finally, about a month delayed, the Galaxy Watch (46mm) LTE variant start receiving the same update with a software version R805FXXU1FSL4/R805FOXX1FSL4 and weighs as the same 117MB as its non-LTE model.  Sure, it gets a slightly different build, but the changelog is pretty much identical to the one we got last month.

This OTA update may take several days before all units of the Galaxy Watch (LTE) picks up the new features, so stay patient as you wait.

Non-LTE Galaxy Watch (46mm), the 42mm model and the original Galaxy Watch Active has already rolled out the same update earlier, but there is new upadate as well with a new build number DSL1.

The changelog in either case only mentions improved system reliability and no changes to the base Tizen OS version 4.0.0.7 that brought the Watch Active2 features last month. 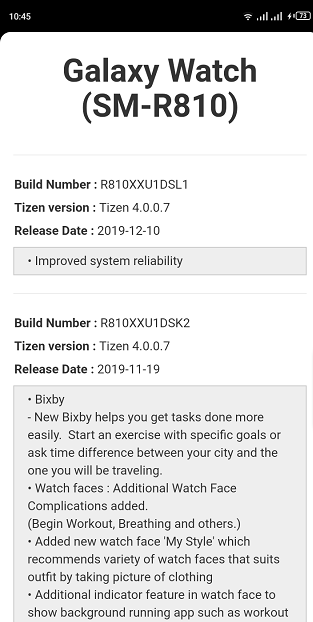