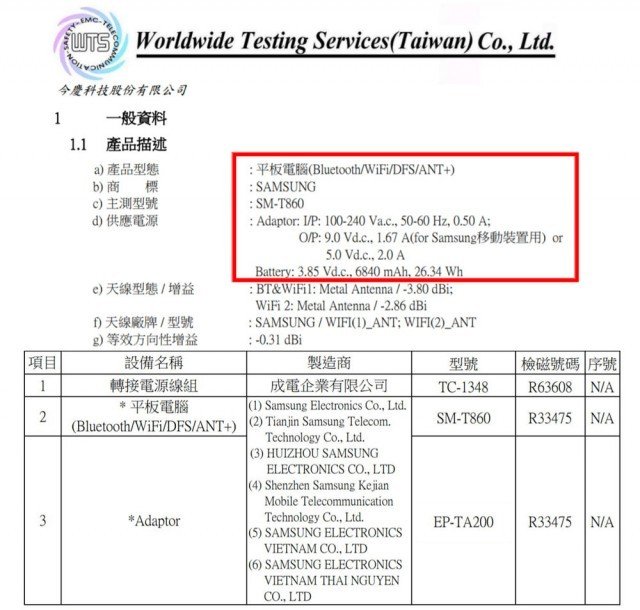 And now, another update which shows the latest Samsung tablet will feature a 6840mAh battery 15W fast charging. According to a certification from the National Communications Commission(NCC), Taiwan, the latest model will be SM-T860. This certification shows the device will ship with EP-TA200 charging adaptor. This adaptor supports 15W fast charging technology. However, the battery capacity of the Samsung Galaxy Tab S6 is lower than Galaxy Tab S4. Because Galaxy Tab S4 had a 7300mAh battery capacity. According to past speculations, the Galaxy Tab S6 will come with Qualcomm Snapdragon 855 chipset with 6gb of Ram and 128 GB of internal storage. Whereas, the display will be a 10.5 inch super AMOLED display. The additional feature of this tablet includes Quad speaker setup, dual camera, and support of S-Pen.

It is expecting, Galaxy Tab S6 will launch alongside with Galaxy Note 10 August 7th, 2019 in New York City.