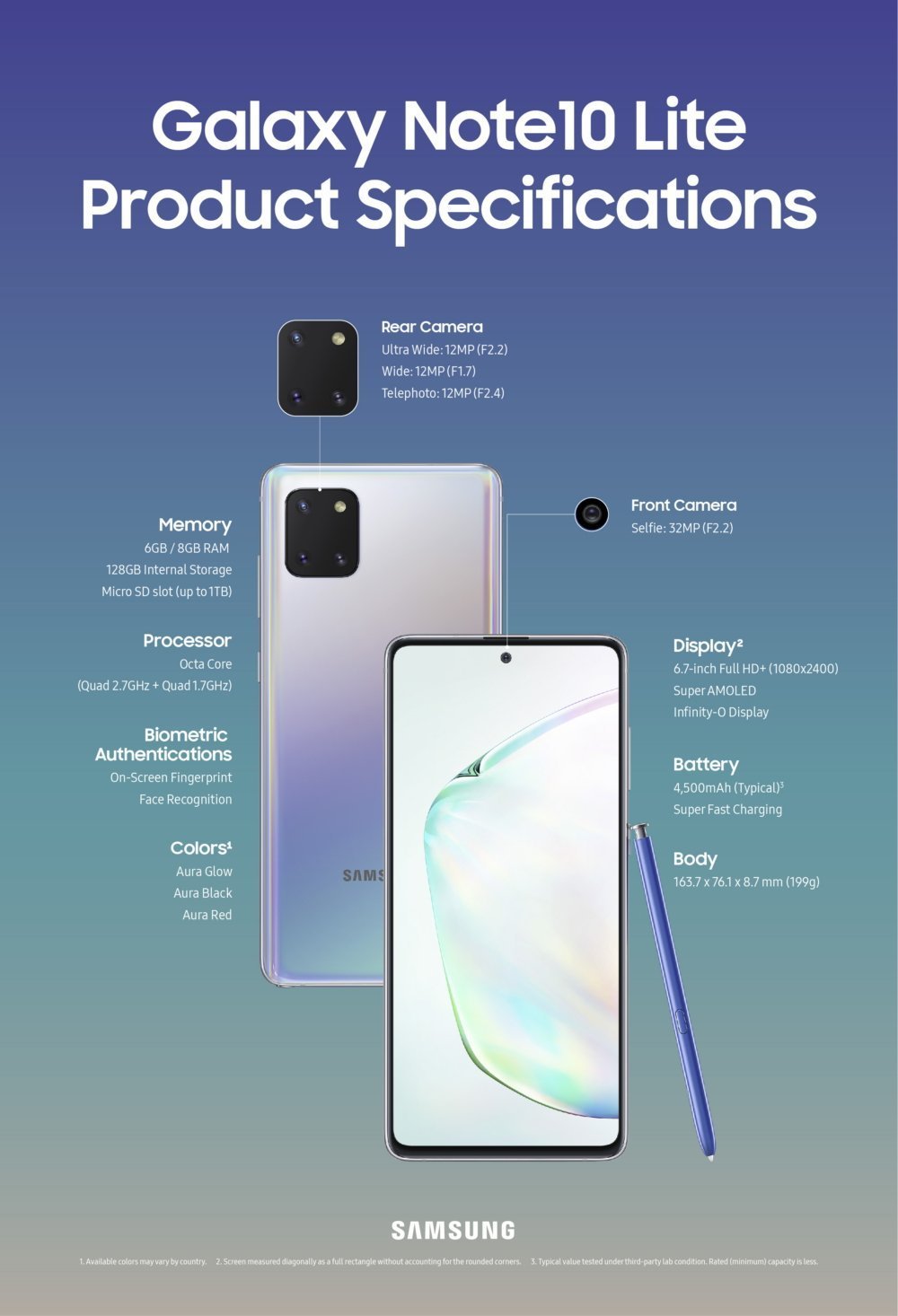 Not long ago, Samsung reported the Galaxy S10 Lite and the Galaxy Note 10 Lite at the Consumer Electronic Show CES in Los Vegas. From that time, there was a discussion about the launch of these phones in India. Be that as it may, a couple of days after the fact Samsung Galaxy S10 Lite was listed on Flipkart and prebooking of this phone will start from 23 January.

Now, according to the latest reports, prebooking of Samsung Galaxy Note 10 Lite starts in India on January 21 and will be launched by the end of January. Although the sale of the samrtphone will start in February. Pre-booking of the phone will start simultaneously in offline and online.

Although, as per the some genuine source, Samsung Galaxi S10 Lite will be available for sale before Note 10 Lite. The S10 Lite will available to purchase from the first week of February after that Note 10 Lite will go on sale. Meanwhile, the Galaxy A51 and Galaxy A71 will also come on store. The company is trying to start selling these phones before the launch of Samsung Galaxy S11 in India which is now being called Galaxy S20.

Samsung Galaxy Note10 Lite will feature a 6.7-inch FullHD + Super AMOLED display with a punch hole at the uper middle part of the display. The company has named it Cinematic Infinity Display. This phone works on the Exnos 9810 chipset with 10 nm architecture. The device will come in two variant as – 6 GB RAM memory and 8 GB RAM memory. Both variants have 128 GB of internal storage. However, you can increase the storage using a microSD card and extend up to 1TB. Galaxy Note 10 Lite will also have NFC support and Samsung Pay. For the power backup this device has a large battery of 4,500 mAh with super fast charging support.