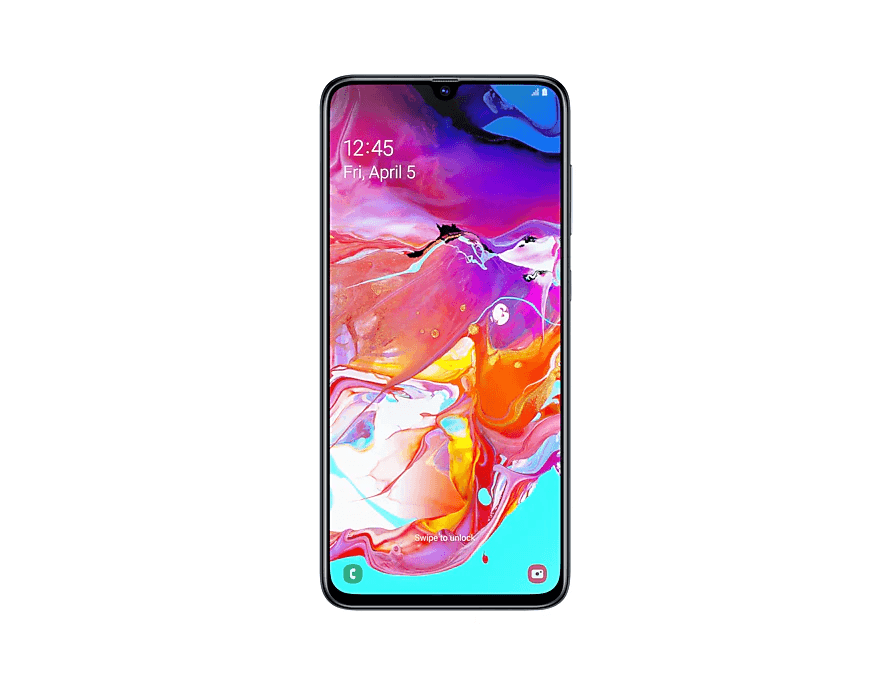 Recently launched Samsung Galaxy A70 has been going to receive its first software update. It will also come with the latest May Android security patch. The updates comes with the firmware version A705GMDDU1ASE4 / A705GMODM1ASE4 / A705GMDDU1ASE4 and weighs 376.83MB is size. The update is getting rolled out via OTA to the users in India. And might take some time to reach your device depending on the region you are in. The Samsung Galaxy A70 is one of the best smartphones from Samsung.

Talking about the camera, it has a triple camera setup. 32MP rear-facing sensor with 5 MP depth sensor and an 8MP ultra wide angle. For the selfies, it has powered by a 32MP sensor with f/2.0 aperture size.

Talking about the storage and price of the phone India. The onboard storage is limited to 128GB which can be extended further up do a maximum of 512GB via microSD card slot. The smartphone will be coming with Android 9 Pie OS with OneUI. And Now the price of the smartphone is ₹ 28,300.

The user can also download the update manually if they are not received yet by going to the settings of the device and tapping on the Sofware update section (Settings > Software update > Download and install). The updates are now being rolled out as an OTA via the stable channel and are available to users in India.