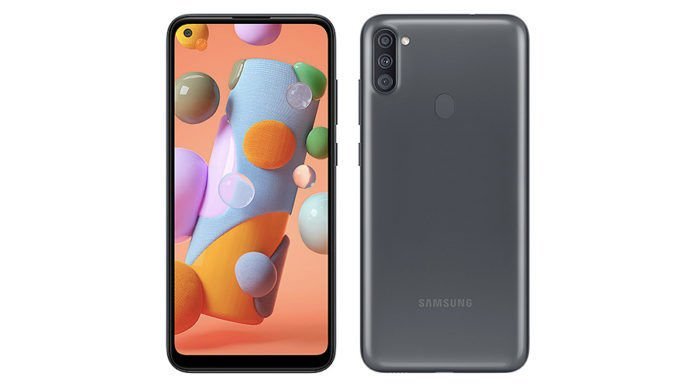 This official news is coming from the Samsung’s Vietnam websites as the company has created the product page of the Samsung Galaxy A11. However, we could say what price is going to be for the smartphone, except that it will be a low budget smartphone in the series. Initially, the Galaxy A11 will be available to purchase in Vietnam. After that it will be available in other markets, including India as well. For the sake of knowledge, Samsung Galaxy A11 will be the cheapest punch-hole display smartphone from the Samsung.

Inside the hood of the smartphone, there is an octa-core CPU clocked at 1.8 GHz speed. However, the name of the chipset used in the phone is still unknown. But for the Indian market, it is expected that the company will use an Exynos chipset for the smartphone. Samsung Galaxy A11 has been launched on latest Android 10 OS based on Samsung UI.

Looking at the display features of the Samsung Galaxy A11, the device comes with a 6.4-inch HD + TFT Infinity display with 1560 x 720 pixels resolution. While the phone screen is bezel-less from three sides, a slightly wider chin part has been given at the bottom. A punch-hole in the front display, located at the upper left corner, houses a selfie camera.

Samsung Galaxy A11 is a dual sim phone that supports 4G VoLTE. For the power backup, this phone comes with a 4,000mAh battery with 15W fast charging support. This Samsung phone will be available for sale in Blue, White, Black and Red colors.