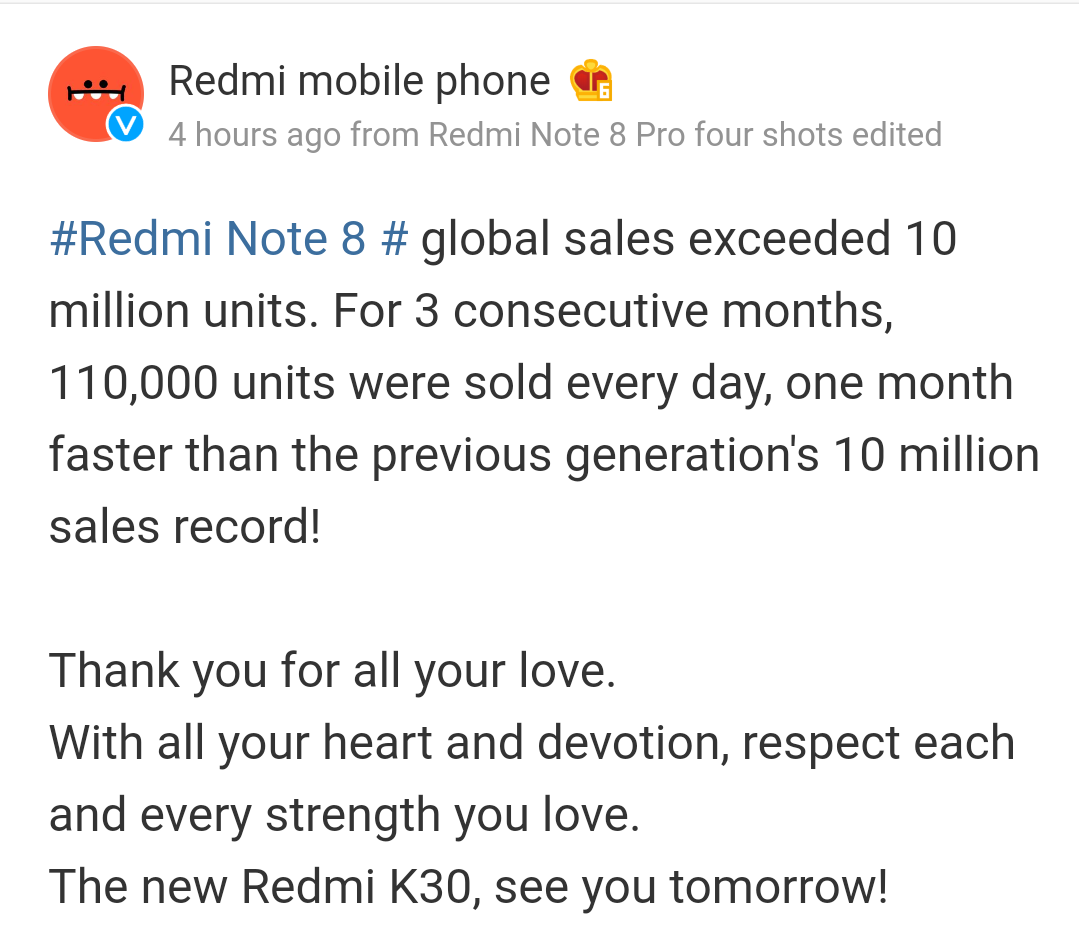 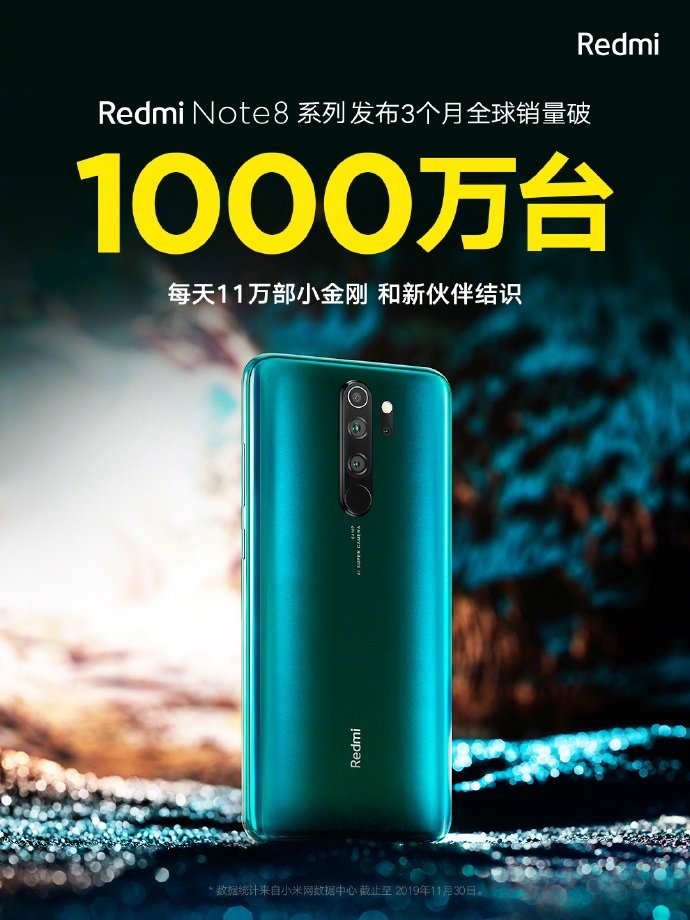 To celebrate this achievement, Redmi also announced price reduction for Redmi Note 8 6GB/128GB version as Thanksgiving special price. This smartphone is now available at 1299 Yuan in China. At the same time, official Wei once again announced that the new Redmi K30, see you tomorrow. 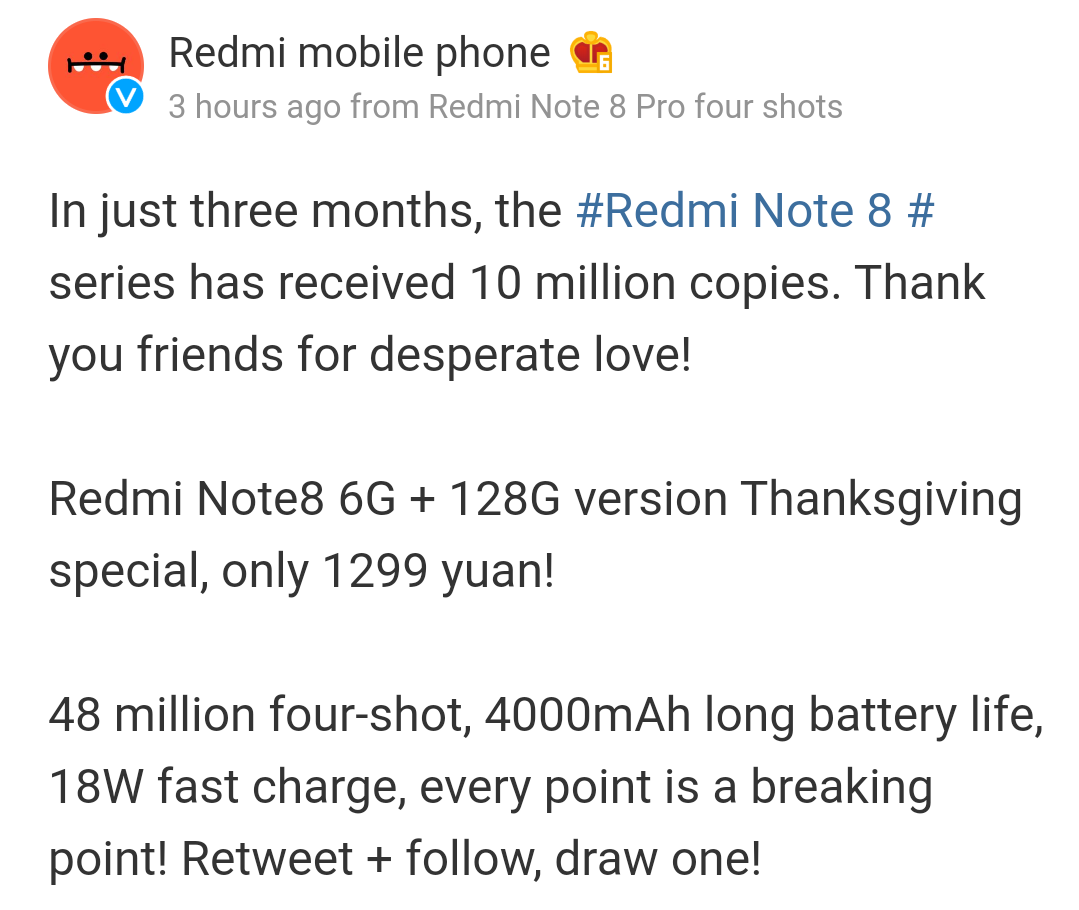 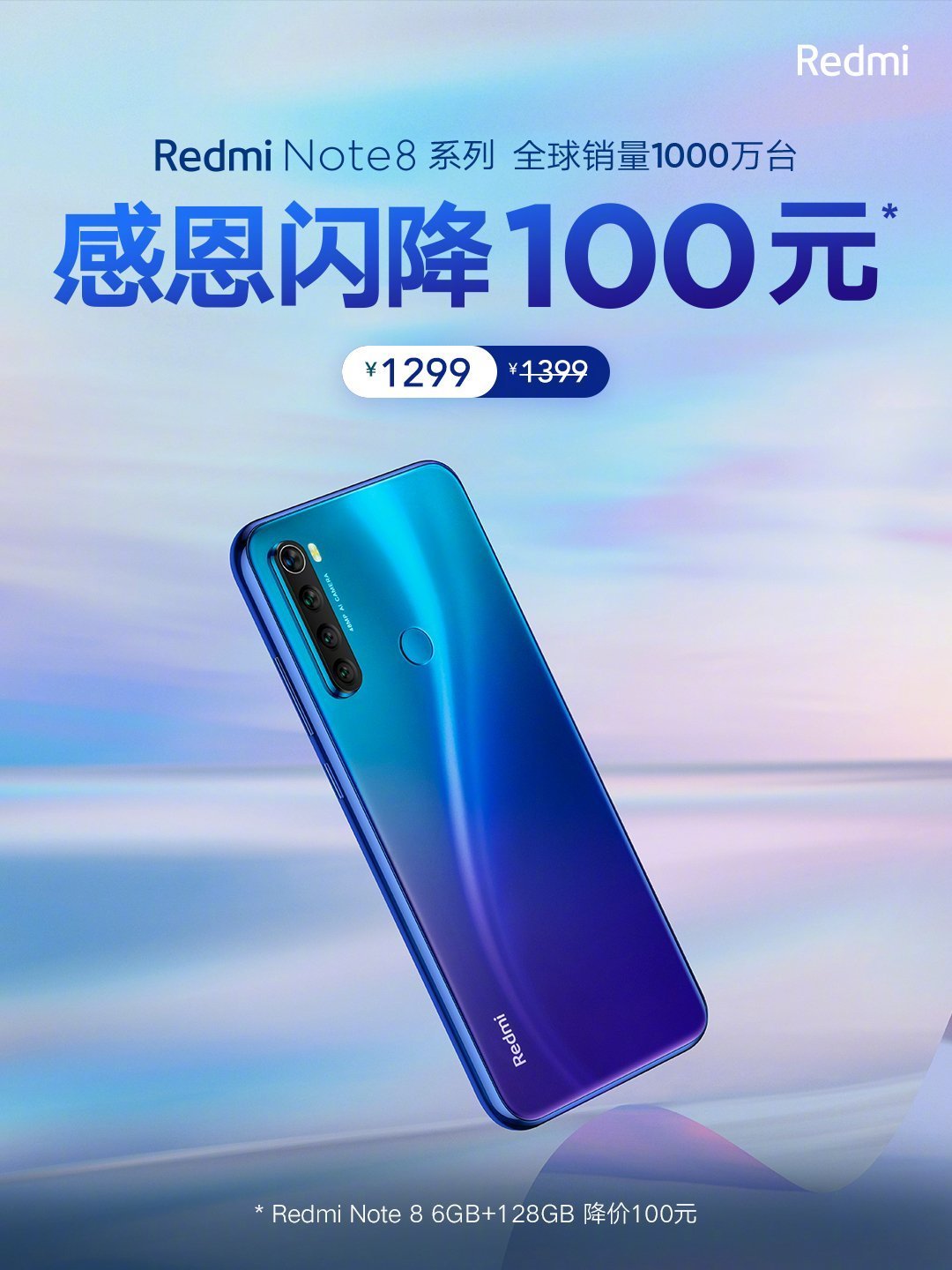