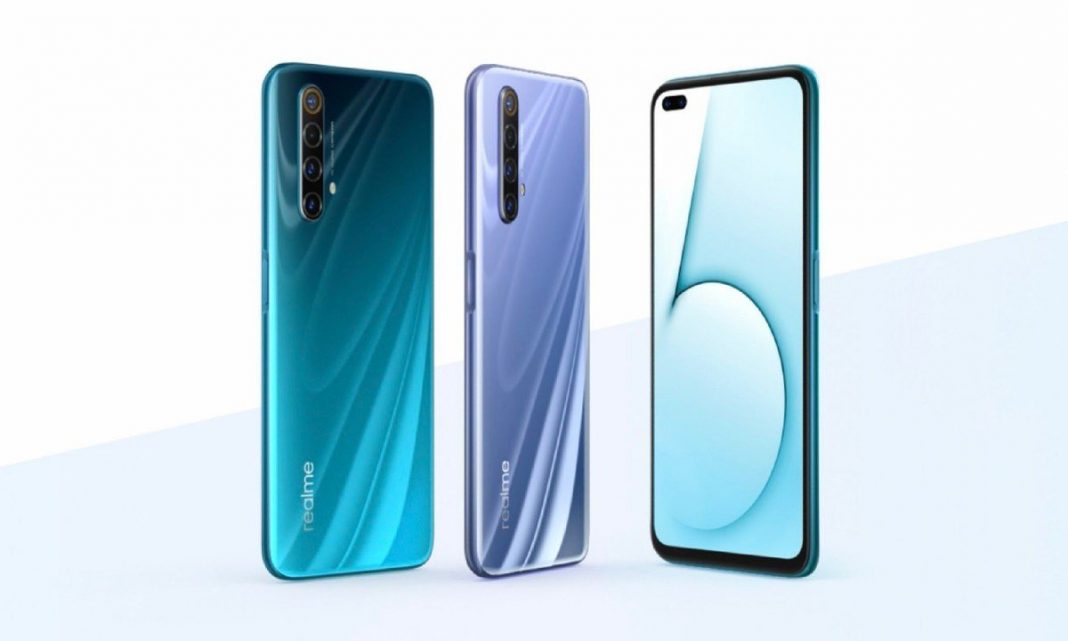 The name of Realme brand is one of the tech companies which has gained huge fame in a short time. Fan following of Reality in India is growing rapidly. Realme is changing its technology very fast and making products advance. After recently launching the Realme X2 Pro smartphone in India, today the company has also introduced its first 5G smartphone on the international platform. The company has launched its first 5G phone in the form of Realme X50 and also the first dual punch-hole display smartphone of the brand.

Realme X50 is the first such phone from the brand that has been launched on dual punch-hole display. The front panel of the phone has a full view bezel-less display with two holes on the top left. The phone’s selfie camera is fitted in these holes. The company has launched Realme X50 on the Curved Edge design. Talking about the back panel of the phone, there is a quad rear camera setup. This camera is located in the vertical shape on the top left of the setup panel. The topmost lens in this setup is in the ‘Yellow Circle’. The flash light is on the right side of the camera setup. Realme has placed the fingerprint button on the right panel of the phone and the USB type-C port is present on the lower panel of the device.

Talking about photography segment, Realme X50 supports quad rear camera. A 64-megapixel Samsung GW1 primary sensor with F / 1.8 aperture has been given on the back panel of the phone. Along with this, the phone has an 8 megapixel ultra wide angle lens with f / 2.3 aperture, a 12 megapixel sensor of 2x zoom with f / 2.5 aperture and a 2 megapixel fourth lens with f / 2.4 aperture. Realme X50 is the first phone in the brand that supports dual selfie camera. The punch hole on the front panel of the phone has a 16-megapixel primary sensor with F / 2.0 aperture and an 8-megapixel wide angle lens with F / 2.2 aperture.

Talking about the features and specifications of Reality X50 5G, this smartphone has been launched on a 6.57-inch FullHD + LCD display with 20: 9 aspect ratio, which is protected with Gorilla Glass. This display will provide visuals at a refresh rate of 120Hz. Realme X50 has been introduced by the company on the Realme UI based Android 10 which runs on Qualcomm’s Snapdragon 765G chipset. Explain that this chipset of Qualcomm supports Dual Mode 5G (SA / NSA). Thanks to this chipset, smartphones equipped with 5G connectivity have been made available in the Mead range.

The company has launched Realme X50 equipped with cooling system technology. This cooling system has been specially brought for gaming enthusiasts, which will make the mobile gaming experience smooth, fast and lag free. Realme X50 has been launched in China in 3 variants. While the base variant of the phone supports 256 GB of storage with 6 GB RAM, the second variant has 128 GB memory with 8 GB RAM and 256 GB internal storage with 12 GB RAM in the largest variant. Realme X50 has a 4,200 mAh battery with 30W VOOC 4.0 charging technology for power backup.

Also Read: iPhone SE2 Plus with bigger display will also be launched along with Apple iPhone SE2