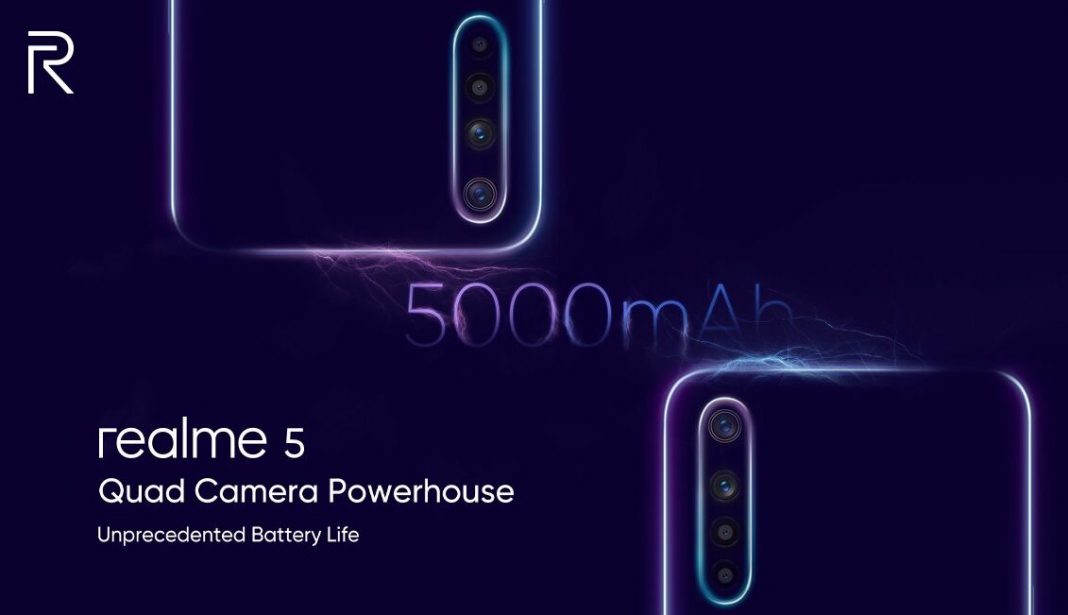 The Realme 5 and Realme 5 Pro will debut into the Indian market on next week on August 20th as announced by the Madhav Sheth, CEO of Realme India.

Again another Realme device passes through the Geekbench which is codenamed as RMX1971 which may be Realme 5 pro. The upcoming smartphone got a 1,143 score in the single-core test and 4,618 in the multi-core test. According to the listing, Realme 5 Pro may come with Snapdragon 710 SoC and 8GB RAM. The device is running on Android 9 Pie-based ColorOS v6.0. However, It is also worth noting that Snapdragon 710 SoC is the same chipset that previously used in Realme 3 Pro. So, it might be possible the listing is wrong. We also know that Realme 5 Pro will use a 48MP Sony IMX586 sensor. This will come with quad-camera setup on the back of the phone. A 5,000mAh battery powering the device that supports VOOC Flash Charge 3.0.

Every lens will demand your attention when you take the #LeapToQuadCamera.
All eyes on our launch of #realme5series at 12:30 PM, 20th August on https://t.co/reDVoAlOE1 and our official handles. #JoinTheReal5quad
Know more: https://t.co/IczXkhPFd9 pic.twitter.com/NEsJyQwIJB

Realme is also expected that Realme Buds 2.0 might also launch along with Realme 5 and 5 Pro. The smartphone will be available to purchase on Flipkart, Realme.com, and usual offline stores. As we have only a handful of information for the device, full detail of the phone will available on the launch date.