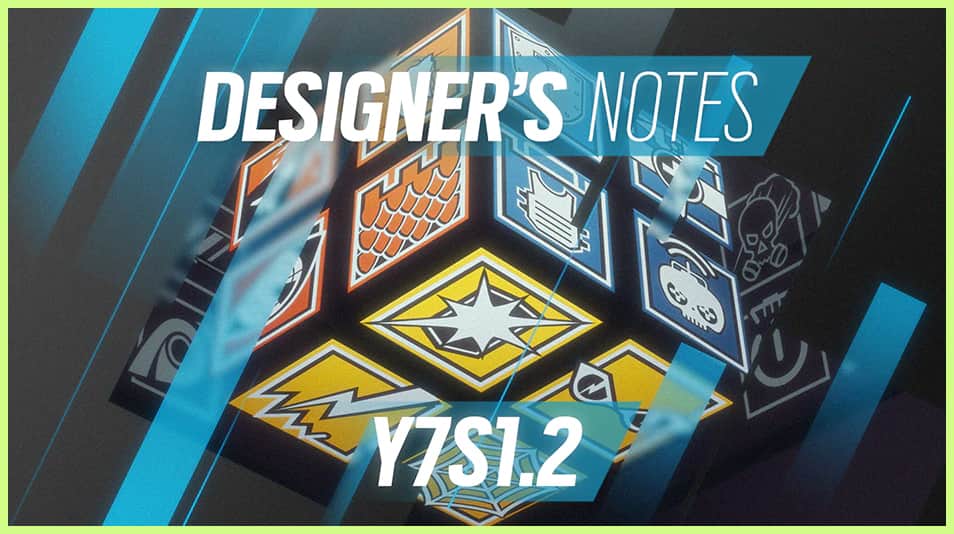 Ubisoft has announced a new update Y7S1.2 on PS4, PS5, PC, and Xbox One, for the popular first-person shooter Rainbow Six Siege. According to Ubisoft, the latest update Y7S1.2 patch is aimed at fixing multiple issues that have been identified by the developers. In addition, Ubisoft has also added various gameplay balancing changes and improved the overall stability of the game.

Recently, a major update for the game brought some major changes, including a new defender named Azami (Kiba barrier gadget), an overhauled Team Deathmatch mode, and buffs for Goyo, Melusi, Thunderbird, Kali, Valkyrie, and Zero. Read the full information below. 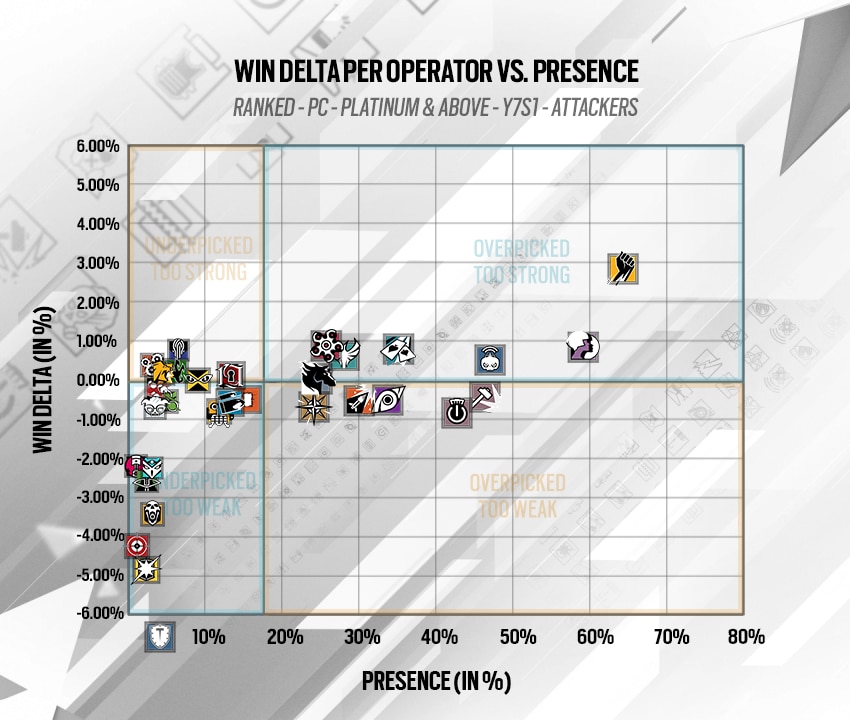 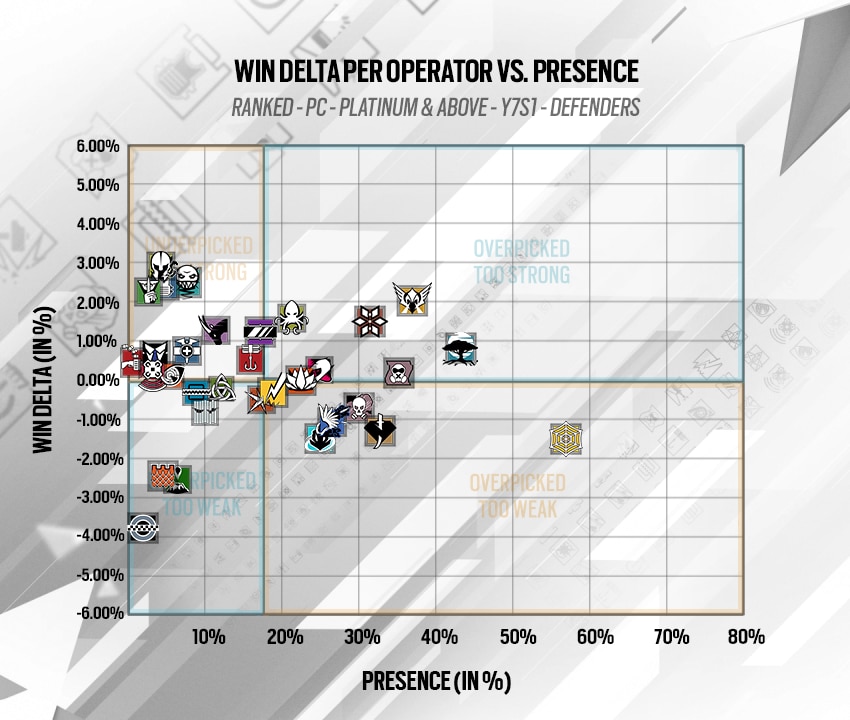 Please note that we are using presence to gauge the popularity of an Operator. This notion had to be introduced to reflect the implementation of the pick & ban.
Presence definition: pick rate of an Operator when not banned. Win Delta: The Win Delta is aggregated from Operator’s Win Deltas per Bomb Site.
OPERATOR BAN RATE 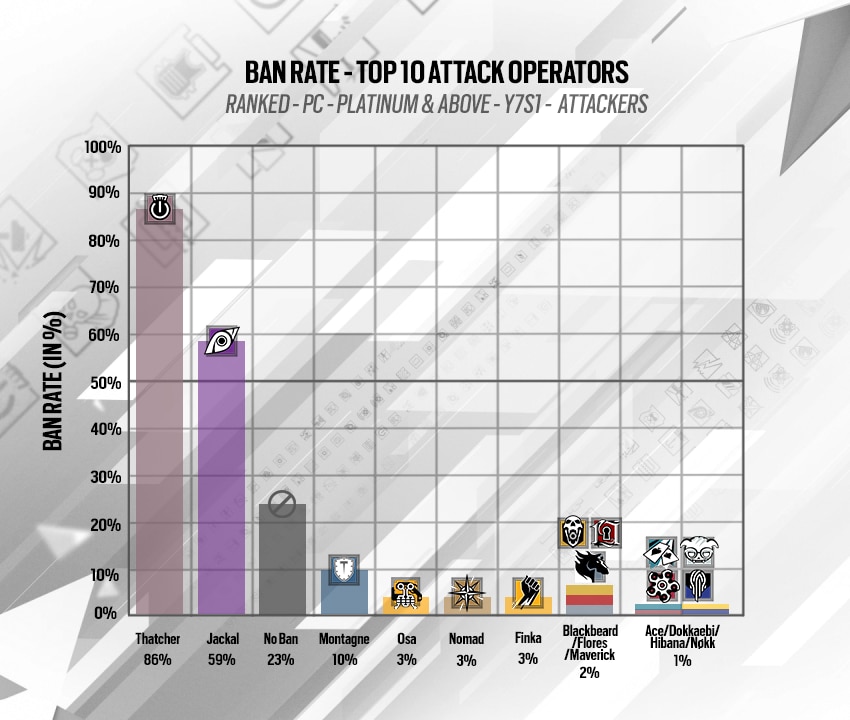 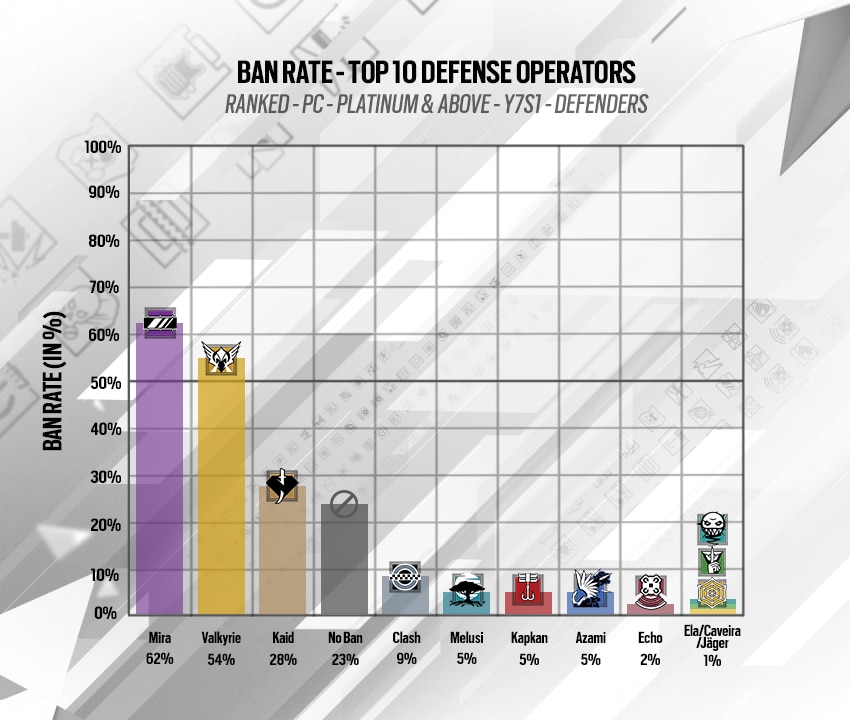 We’ve all been there – you’re Bandit tricking a reinforcement but your battery gets hit with an EMP. Having to pick up your battery in order to place a new one can be a pain, so we’ve made a quality of life change to smooth out this system. Bandit can now attach multiple batteries to a single surface or gadget, making the process of re-upping his electrical charge after a battery is disabled more streamlined.

Since this interaction is core to the experience of playing Bandit, it made sense on our side to remove the unnecessary friction (and logical inconsistency) of only being able to have a single battery attached to a given surface. Instead, in the heat of an engagement we would rather let players focus on their tricking strategy, rather than forcing them to micromanage an arbitrary mechanic that takes them out of the moment.

We previously tweaked Blackbeard’s primary gadget to tone down his aggressive playstyle a little, but we hear you. That nerf hit him quite hard and thanks to a loadout that didn’t vibe with the change, he’s been in a limbo state. To better match his ability to effectively hold flanks and rotations while sticking back in an encounter, we’ve switched his Breaching Charges with Claymores.

This should help give him a better sense of safety while hanging back without having to rely on his teammates, especially given the Claymore buff detailed below. This should be especially true on maps that feature a lot of rappelling, as he can protect himself from runouts while focusing on his attack strategy and providing firing support to his team.

We’re hoping to make Gridlock a more reliable Operator pick for covering flanks. Right now, Ops like Nomad end up being more consistent – and while that may still be the case efficacy-wise, this buff will allow Gridlock to cover a more extensive area and give Defenders more trouble per square foot, so to speak.

We’re looking at this change in hopes of making knock-back effects less guaranteed kills and give more room for the affected players to react and survive, either by responding to the threat from the prone position or just being able to escape from some otherwise last-second situations. All of this will moreso affect Nomad rather than Oryx due to the frequency and type of encounters, but the change will impact both Operators.

While this change is pretty explicitly a nerf, it mainly targets what is essentially a special immunity just for Smoke. Adding this vulnerability should make it more obvious at a glance how abilities affect all Operators, even if they are technically wearing a gas mask. Removing Smoke’s immunity also impacts the most hyper-aggressive Smoke players. The gas can still be used for area denial and to apply pressure, but Smoke can no longer prowl through that denied area without paying a cost.

This change is half buff and half quality of life improvement. We’re hoping that it will better cement Warden as a hard-counter to smoke plants and Operators like Ying. Warden will still be mostly situational, but this should make his Glance Smart Glasses easier to handle in terms of timing.

Long-time players may recognize this as a previously reverted change from a past patch. The rationale remains the same, since the impact of a single Candela may be lesser, but with an additional use, we’re hoping the overall kit remains net-neutral when looking at the overall time targets can be flashed for. It should be noted the lesser duration also applies to allies. That in mind, we’ll be closely following Ying to see how this influences her place in the game, especially how she interacts with Operators like Wamai, Jäger, and Warden (especially with his buff as seen above), as well as the interplay with the attacker repick mechanic at large.

This is a pretty substantial buff to the opportunity potential of the Claymore, if not its solo performance. The main purpose here is to allow a greater selection of Operators to “block” two different flanks without needing to bring along a dedicated Operator like Nomad or Gridlock. We think this change may make Claymores a more appealing selection in some – but not all – cases, ultimately making it a more viable choice compared to grenades which currently dominate the scene.

Picking Claymores still means that the Operator is not bringing stuns, smokes, or frags; making that tradeoff for a gadget to cover against flanks can make roaming strategies for Defenders more dangerous, especially on maps like Bank or Kafe. We also feel that the affected Ops could use a bit more versatility in their roles if the right situation calls for it by making that gadget swap. With all that in mind, we will of course be closely watching this change and other tangential adjustments at all skill levels in the weeks to come.