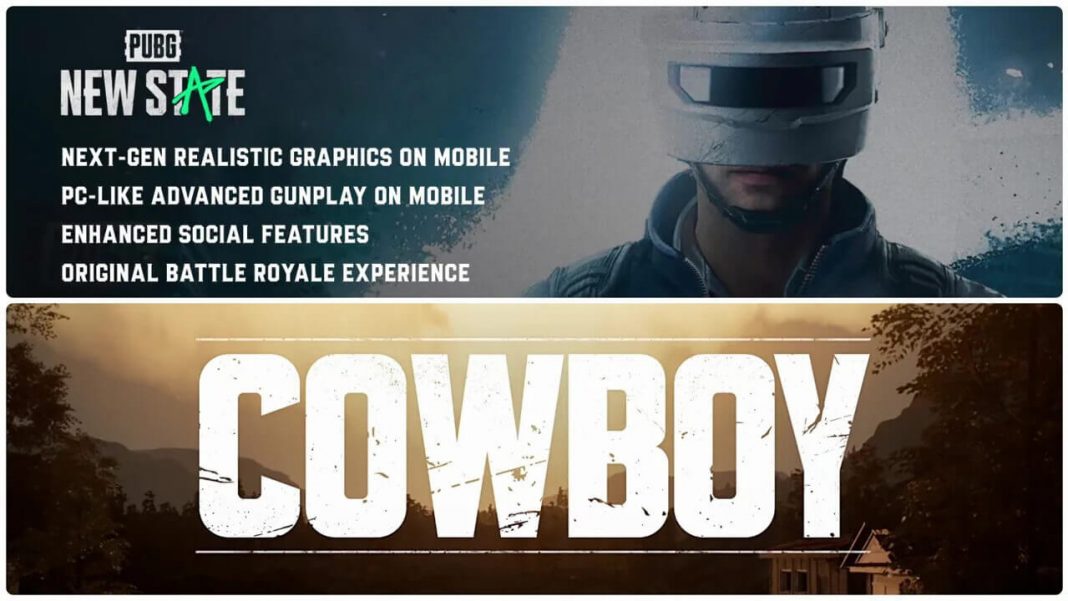 The latest details about the PlayerUnknown’s Battlegrounds (PUBG) universe were revealed during Krafton’s “The Way to Meet the World” video stream. The extensive list of features reveals a team that is not content with just one game, but is trying to create an expansive universe for their players. The roadmap shows that PUBG co-founder and CEO Brendan Greene has taken player opinions into account and will continue listening to how the community wants to see the game expanded.

This announcement included gameplay footage of PUBG Cowboy as well as some new information about the new “New State”. A new video was just released on the PUBG Universe Roadmap for their ambitious worldwide expansion, and it teases some changes that are coming to the game. This video shows off some brand new details about the Cowboy and a new “New State”.

Revealing the future of the PUBG Universe, CEO Chang-Han Kim detailed new PUBG games coming next year, including The Callisto Protocol and TITAN. During the showcase, Krafton’s CEO Chang-Han Kim went into detail about the new games that the company has in its roadmap, all of which take place in the “PUBG universe”. The next game in that universe will be Callisto Protocol, a third-person shooter survival horror game from Glen Schofield, who created Dead Space. Then there’s TITAN (no other details have been released).  It reveals plans to make a AAA high fantasy game inspired by The Witcher franchise and it offers new details about the Cowboy.

The Gameplay of PUBG Cowboy

What we found most interesting part of the presentation, was the newly revealed PUBG Cowboy game, which will retain the gameplay of the existing game but toned down to a slower-paced survival setting. For those who weren’t introduced, the new PUBG Cowboy game is an open-world survival game set in the “dystopian era of the PUBG Universe”.

Kim explained, “When you play the game, you earn resources through combat, crafting, and looting. The game gives new meaning to the survival genre.”

We got very little gameplay from the publisher, but it looks like the classic PUBG experience will be slower and more methodical than Red Dead Redemption. There is no official confirmation from the developer on which platforms it will be available on, but the game is most likely to be released on PCs and consoles. similar to the original PUBG.

The company has announced that “PUBG: New State” will be aptly titled after PUBG Mobile. The game is currently in alpha testing. According to Kim, the launch of PUBG: New State will set a new milestone for mobile shooter games.

Welcome to Troi. Once a peaceful town.
For the story of 2051, stay tuned.

PUBG Mobile has been a huge success for the company, and the New State service is expected to achieve even greater success. The CEO stated that, New State will be an even more enhanced experience, and players in more developed countries will be satisfied as well.

The game will provide more fun for people who can’t find existing games fun, and it also will be enjoyed by those who just started to play new battle royale shooters like PUBG Mobile.

The presentation revealed that New State is “more ambitious” than its predecessor, with new graphical fidelity, models, textures, and an expanded open-world map.

In light of so many changes and additions to the PUBG Universe, it feels like PUBG Corp is moving away from the original game. During the entire showcase, the PC version of PUBG wasn’t mentioned once, nor was Battlegrounds India (Indian variant of PUBG Mobile). In their statement Krafton acknowledged that a lot of their focus has turned to developing countries like India, but did not reveal any plans related to bringing the games to India, including PUBG Cowboy and New State.