Pet Simulator X Exclusive Egg Pets: How to Get Them

Do you want to be the best at Pet Simulator X? Then you need to know about the exclusive egg pets and how to get them! Keep reading for the scoop on these rare pets. 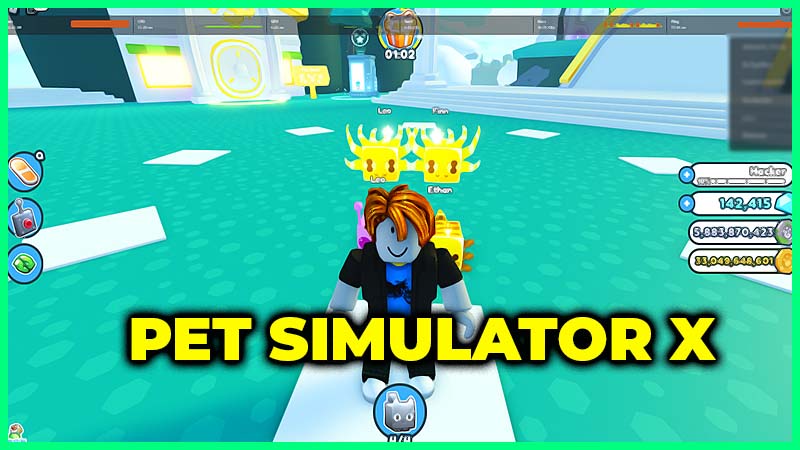 There is no one single element that makes or breaks an indie game — all of the successful games, regardless of their genre or topic, carry a common factor: active communities. Live streams and social media are a great way to drive exposure for indie titles and their developers, but without active communities, developers will find themselves with limited buzz around their game. Pet Sim X one of those which have such community with large number of active players.

In Pet Simulator X, there are many different kinds of eggs available for purchase through the game’s in-game store. These eggs pets can be opened to obtain a pet that can work for you, collecting coins as you go about your daily routine in the game.

Everyone knows about regular eggs and uncommon eggs, but what about exclusive eggs? Exclusive eggs are special kinds of egg that can only be obtained by certain players. Not only Exclusive eggs are available for purchase with 800 Robux for one (2400 Robux for three) but can also only be obtained from events or code redeem. They come in a variety of colors, including blue, green, red and purple. The pets you get from them will also have special designs on their bodies that signify their rarity within the game.

So how do you get exclusive eggs? Once they’re released into the world by event hosts or code giveaways, players must complete a series of tasks to earn them as prizes. For example:

The developers sometimes host contests on Twitter that give winners access to special codes which can be entered in-game through an “enter code” screen accessible from your player profile page. Entering these codes awards an exclusive egg!

In addition to getting them via events and contests, players also may trade their own limited edition pets with other users if they choose not to keep them themselves! Keep checking back here for more information as new methods for earning these rare items become available!

What is the Exclusive Egg in Pet Simulator X?

Pet Simulator isn’t just about playing with cute pets and collecting adorable things. The game actually takes a lot of strategy to master. With the recent addition of the Exclusive Egg to Pet Sim X, there have been a lot of questions about how the Egg actually works. If you’re a fan of Pet Simulator, then you know that there are lots of different eggs to collect. Some of them can be bought with coins, but the most exclusive egg can only be obtained through special means.

The Exclusive Egg itself is an in-game purchase which means in order to get these rarest eggs, you will need to spend 800 Robux (available in bundles of 3 for 2400 Robux). It seems like a pretty straight forward process — buy the Egg, open it, and voila, you get an Exclusive pet. But it will all be worth it when you finally add the exclusive egg to your collection!

The exclusive egg is the best egg in Pet Simulator X because it is most rare and difficult to obtain, most valuable, and has the best stats. Many players spend hours trying to find it, but very few are ever lucky enough to actually get their hands on one.

Even if you don’t get the best possible pet from an exclusive egg, you’ll still be ahead of the curve thanks to their great stats. So if you’re serious about getting a top-tier pet in Pet Simulator X, be sure to track down an exclusive egg!

Also Read: Pet Simulator X: How To Get The Dominus Egg By Unlocking The Forsaken Gate

Exclusive Eggs in Pet Simulator X – How to Hatch Them!

This process is quite simple. To start, you’ll need to purchase an exclusive egg from the in-game shop – it costs 800 robux. Once you buy an egg, it is automatically transferred to your inventory and the egg will start hatching. When that happens, you’ll have the chance to get one of countless exclusive pets!

Pets of the Past and Present: A Look at Exclusive Pets in Pet Simulator X

When the Glitch Update came, it brought with it some exclusive dragons. Beginning with the Keyboard Cat, Nature Dragon, Huge Empyrean Dragon and Huge Forest Wyvern pets. While those first three had a chance to hatch, the Wyvern had a very low 2% hatching probability — which made it much more valuable in the eyes of players and collectors.

Last but not least, the exclusive eggs hatch the Koala, Pony, Storm Agony, Huge Storm Agony and Huge Pony, with the probability dipping as low as 0.5% for the Huge Pony.

All in all, those are the tips we had for you when it comes to getting some new pets in your Pet Simulator X game. Hopefully, this Egg Pet guide will help you raise your Egg Pets to their maximum level. If you have any other questions about the game or any tips of your own, be sure to share them in the comment section below.