Patent: Xiaomi Patents A Solar Phone Design With No Notch. 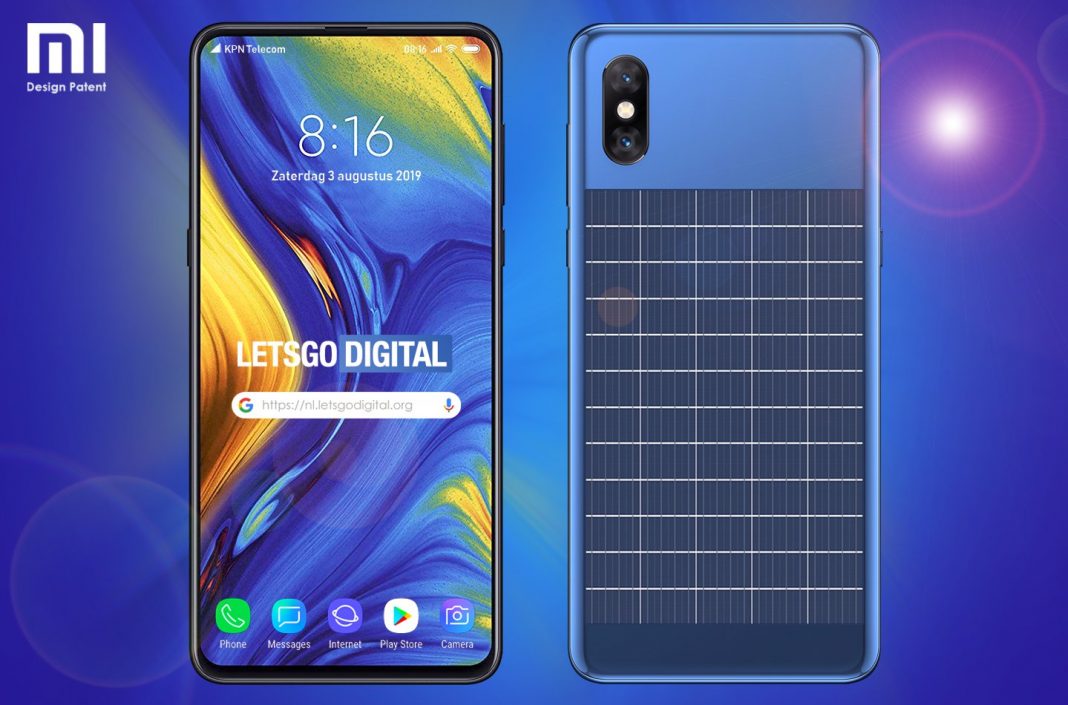 The Chinese Smartphone manufacturer Company Xiaomi has patented a solar phone design that is on the phone’s back. The Chinese company releases a large number of smartphones with innovative design and models every year. It includes simple Android One smartphones to high-end gaming phones smartphones.

Xiaomi Mobile Software filed a design patent with the WIPO (World Intellectual Property Office) last year On July 27, 2018, Beijing, China. This is a unique design as the Smartphone having a solar panel module at back. The filed patent has 6 enclosed sketches of the smartphone which giving us a look at what we should expect if it ever makes it to the market. Read Also: – ZTE 5G Smartphones Featured With Self Developed 7nm Chip Will be Available In Second Half Of 2019

Looking at the images of the solar phone, it is clear that it has a no-notch display. But it is still unclear about the placement of its front camera. There’s also no indication of the pop-up module for the front camera as the images of the patent shows. It may be possible that the company could be opting for an in-display camera technology. This technology under development was recently shown by Xiaomi in a short demonstration video. There are also few other companies like LG, The Russian manufacturer Caviar, Samsung that have investigated the possibilities of a solar-powered smartphone and launches some phones also. However, there’s no information available regarding this phone’s launch. While the patent has been granted, this does not guarantee that the company will actually produce the phone and bring it to the market.