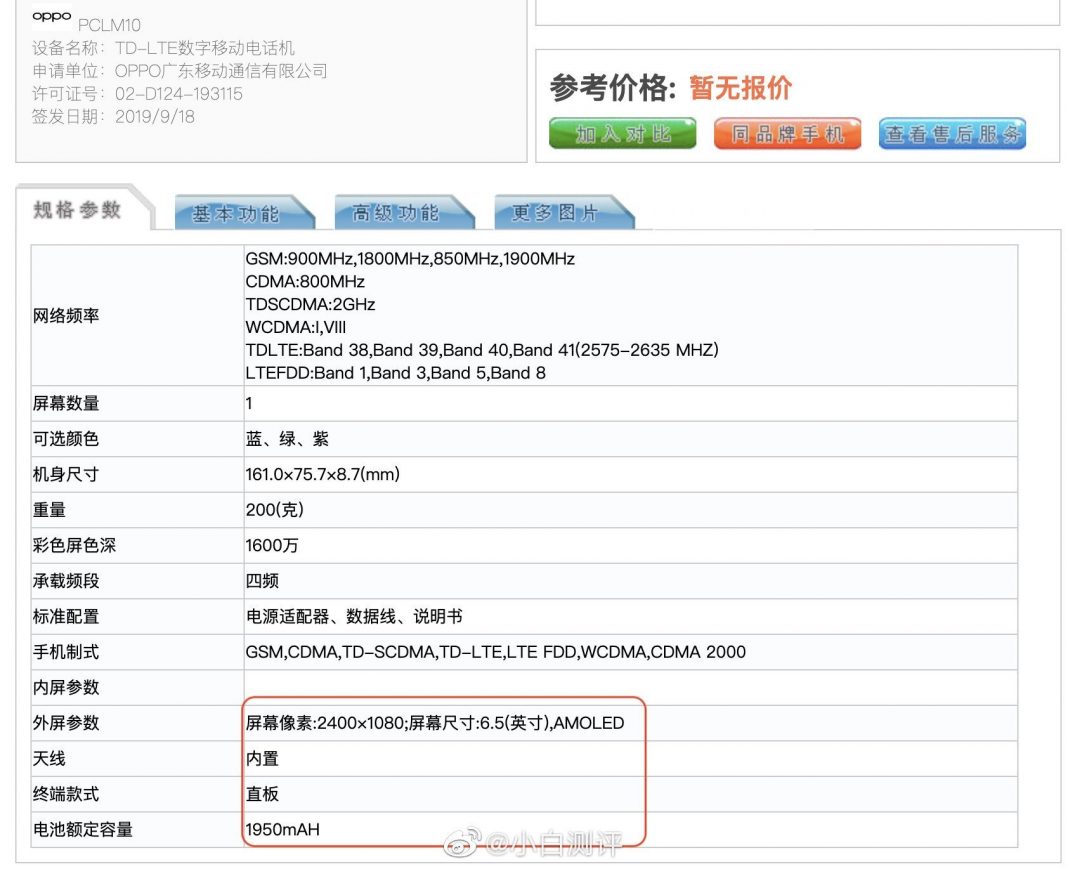 A few days back, during the launch event of Reno 2 in China, the company VP Brian Shen revealed a new flagship smartphone called Reno Ace is also in the queue and will launch on October 10th in next month. He made this announcement through his Weibo account confirming the Oppo Reno Ace will have a 4000 mAh battery that will support 65W fast charge capability. Previously, he also revealed the mobile device will come with a 90Hz refresh rate screen. That is the only piece of information that we know.

Today, the full configuration of the device has leaked on Chinese microblogging site Weibo. The Ministry of Industry and Information Technology of China revealed that Qualcomm Snapdragon 855+ Octa-Core Processor will power the smartphone with 12 GB of RAM and 256 GB of internal storage. This premium smartphone will get a 6.5 inches AMOLED screen with a waterdrop notch. It has a resolution of 2400 × 1080 pixels. The display will be a 90Hz refresh rate screen. In the camera department, it has been mentioned with four rear cameras. The camera configuration includes a 48MP lens as the primary shooter with 13MP + 8MP + 2MP lenses, which supports 3x Optical Zoom. At the front device has a 16MP selfie camera.

Oppo Reno Ace will be packed with a 3900mAh battery (2x1950mAh dual battery) which supports wired 65W fast-charge technology and 30W Wireless Flash Charge. The company keeps the 3.5 mm headphone jack in the smartphone. It has an USB Type-C port for charging and data syncing. The smartphone will come with Android 9 Pie.