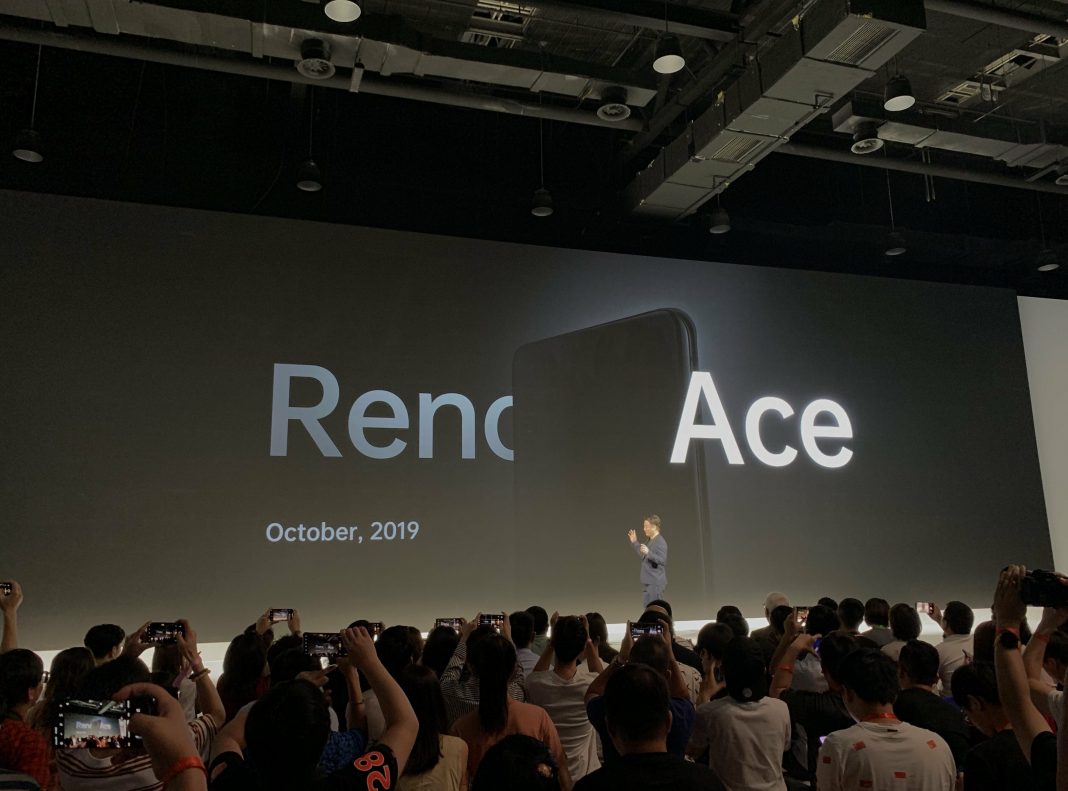 Last week, Oppo had gleefully announced that Oppo Reno Ace work is in process and will launch in the upcoming month of October. The Vice President of the Chinese company Shen Yiren also confirms that the premium smartphone will come with a 65W Super VOOC charging support. Today, Oppo’s Weibo account shared a new poster of the Oppo Reno Ace, confirming the launch date as October 10th. The shared poster also mentioned a 65W Flash Charging capability. Compared to 50W SuperVOOC, it is 30% faster. A few days back, Oppo VP Brian Shen already confirmed that the mass production of 65W Flash Charging will typically begin in previous October. Earlier, he also confirmed other specs of the mobile device like a 4,000 mAh battery and a screen with a 90 Hz refresh rate.

We can expect that Reno Ace will be featured prominently with Qualcomm Snapdragon 855+ processor inside the body. The smartphone will represent an upgraded version of the Reno 10x zoom and the Reno 5G which also have SD855  processor inside.

Recently, an OPPO device with a model number PCKM70 appeared on TENNA which is rumored to be the Reno Ace. The device keeps a similar design as Reno 2. It has Snapdragon 855+ with 5G connectivity support. Some informed speculation also suggests that it could be an Upgraded version of Reno 2 with SD855+ and 5G support. While this teased poster does not reveal much about the device, wait for it full specs to be released.