Oppo Registered 13 New Smartphones Under Its Z-Series At EUIPO 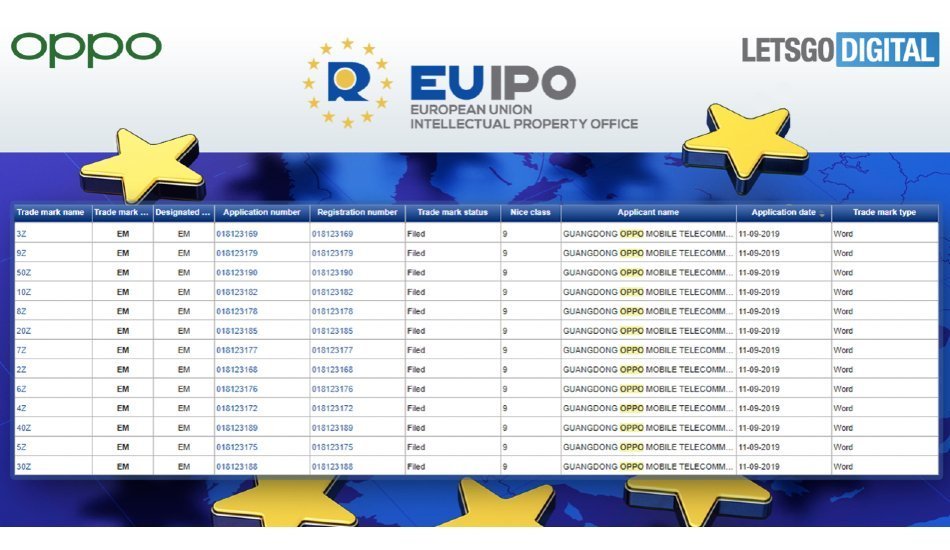 Oppo launched its Reno series earlier this year. The Chinese smartphone manufacturer confirmed at the launch event of Oppo Reno that it is going to discontinue this R lineup. The lineup will be replaced by the Oppo Reno and Oppo Find series. The company has also filed a patent for Oppo Find Y, which is rumored to come with an under-display camera.

After all this, the Chinese company recently announced its upcoming Oppo Reno 2Z which is also come under the Z-series. Oppo launched the Reno 2, Reno 2Z and Reno 2F smartphones in India last month for a starting price of Rs 29,990. The company also confirmed that Oppo Reno Ace will be launch in October in China. This device will come with a 90Hz refresh rate display and will support 65W Super Flash Charging. This phone will provide a better gaming experience on the device as well as for those who need their 100% in a few minutes.

We might come with similar specs like Reno 2 series. The company also recently confirmed working closely with Qualcomm to accelerate the commercial deployment of the Snapdragon 700 Series 5G integrated mobile platform in the fourth quarter of this year.